What Mirvish Village used to look like in Toronto

The eccentric, larger than life "Honest" Ed Mirvish made a mark on Toronto like few others could. As the owner of Honest Ed's, the delightfully ramshackle, wildly popular discount department store at Bloor and Bathurst, the American born son of a struggling businessman amassed considerable wealth and influence that he used to immeasurably improve the city's cultural scene.

He became "a first rate Toronto booster," as Allan Levine writes in his book Toronto: Biography of a City, buying and renovating the Royal Alexandra Theatre, establishing the King West entertainment district, and laying the groundwork for the Mirvish Village artist colony--a happy accident borne out of a parking lot. 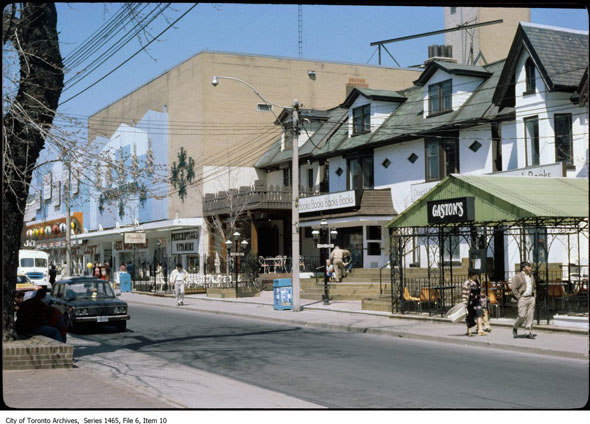 Born Yehuda Edwin Mirvish to Jewish parents in Colonial Beach, Virginia, the young Ed came to Toronto by way of Washington D.C., where his father, David, briefly operated a grocery store. North of the border, David Mirvish Sr. tried his luck again with a store at Dundas and Bathurst, which Ed took over while still a teenager in 1930. Unfortunately, despite the family's best efforts, the business failed like its U.S. predecessor.

When Ed married Hamilton artist Anne Macklin in 1940, he pooled their wedding gifts, an insurance policy, and a bank loan to fund the pair's first solo venture: a discount womenswear store on the south side of Bloor St., a short walk west of Bathurst, named Sport Bar. By expanding into surrounding stores and offering a variety of discount merchandise, Ed and Anne were able establish what would become the basis of the Honest Ed's empire. 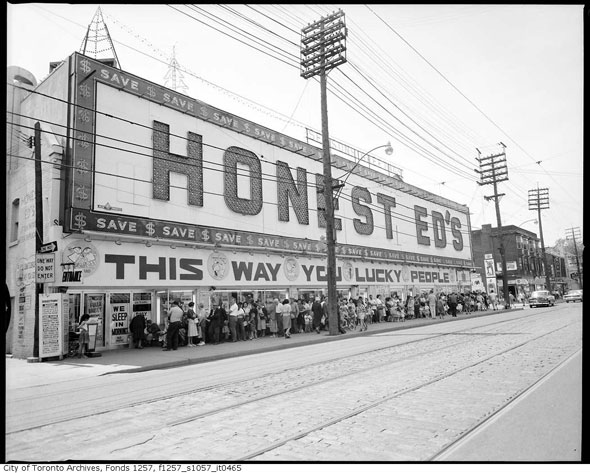 As Honest Ed's grew in size and scope, Mirvish made a habit of buying up properties adjacent to the store. The homes on the east side of Markham St. were supposed to be razed for a parking lot that would have served the main store, but the city would only allow it to be built if the properties remained intact. 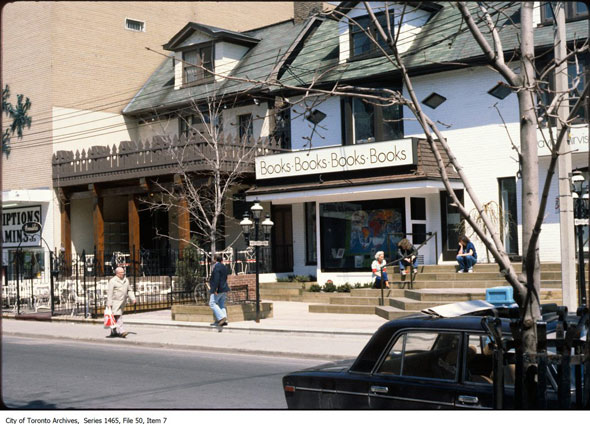 Rather than build an expensive place for customers to store their vehicles, Mirvish, at the request of Anne, converted the buildings into small commercial spaces in 1964. Artists looking for affordable studio rentals, galleries in need of display space, and restauranteurs looking for a cheap place to open a kitchen were invited to take out a lease (never mind that the area was still zoned for residential use only.)

Ed and Anne's son, David, opened a gallery at number 596 that he would operate at that location until 1978, while Anne made 581 her studio. The artist colony was advertised as the Markham Street Bazaar. 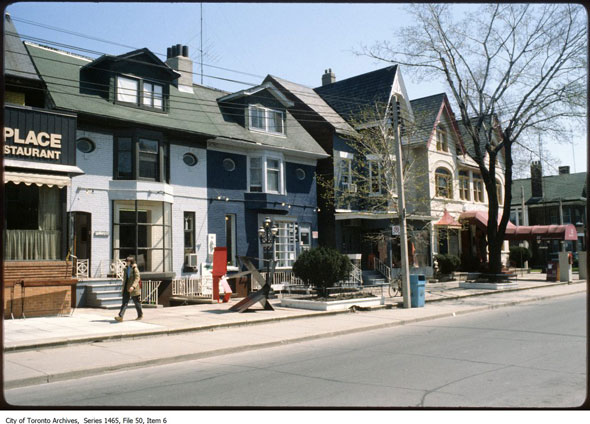 The concept was soon expanded to include the homes on the west side of Markham St., but not everyone was happy. Residents of neighbouring Palmerston St. called the village "a sickening deterioration of the district" in a letter of complaint to the city.

Despite the occasional word of complaint, Mirvish Village only grew in popularity, and by the early 1980s when these photos were taken it included outdoor public art, gathering spots, even a set of custom made gas lamps. A 1969 magazine advertisement called it "a little bit of Paris in our bustling metropolis." 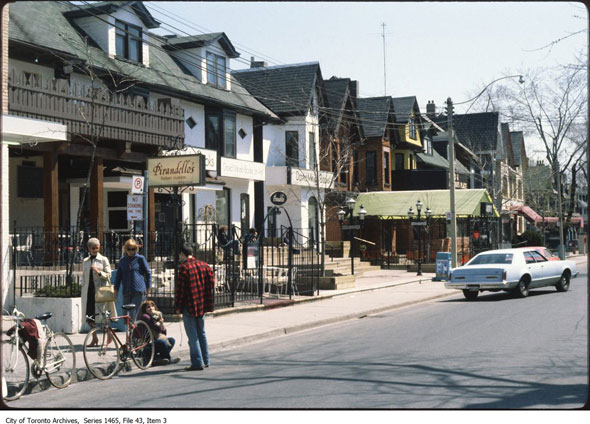 The new owners of Mirvish Village and the Honest Ed's store, Vancouver-based developer Westbank, plans to retain much of the original bazaar concept in their plans for the site. Markham St. would be closed to auto traffic and turned into a partially covered outdoor market and event space. 14 of the homes at the south end of the street will be folded into the design and a new laneway of micro retail spaces added nearby, lead architect Gregory Henriquez announced last week.

Ed would have surely been pleased about that. 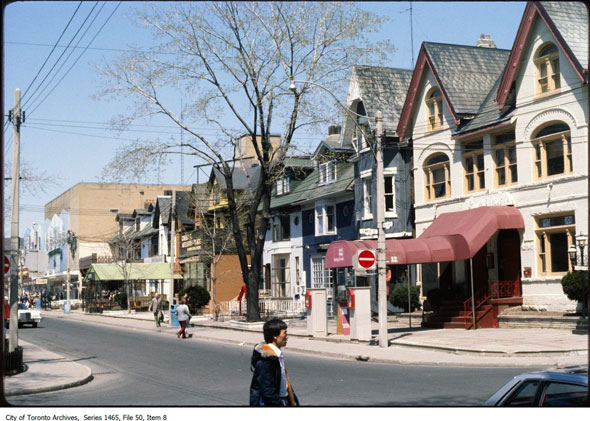 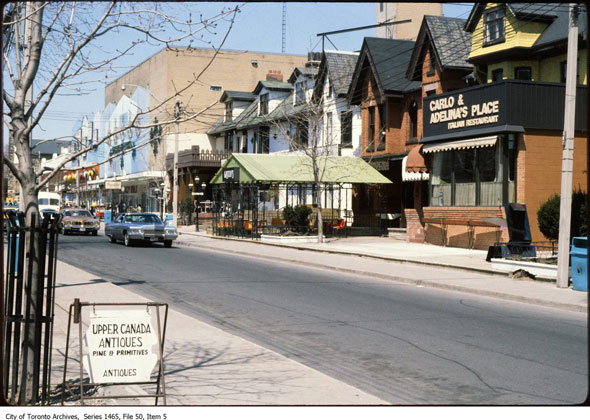 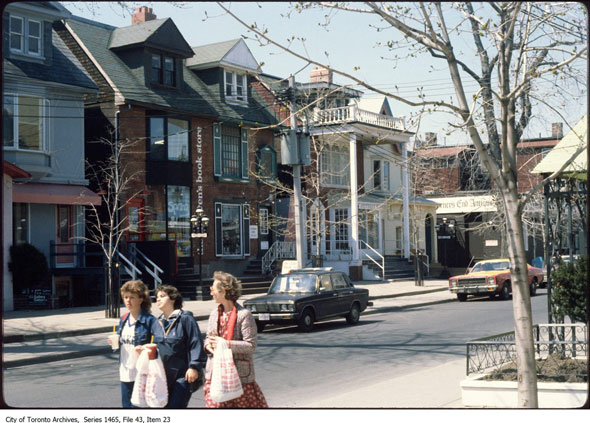 Walkers heading south on Markham. The stores in the background are on the west side of the street.