That time Toronto almost built the subway to the Lake

Everyone knows about the Queen Street line, Toronto's great (mostly) unbuilt subway. But not many know about the abandoned plan to extend the Yonge and University lines south to Queens Quay.

It started with Metro Centre, a joint proposal by Canadian Pacific and Canadian National railways to redevelop the sprawling tangle of surplus downtown sidings, marshalling yards, and roundhouses owned by both companies into a massive "city-within-a-city." At the time, it was the largest single improvement scheme ever conceived in North America, possibly the world. 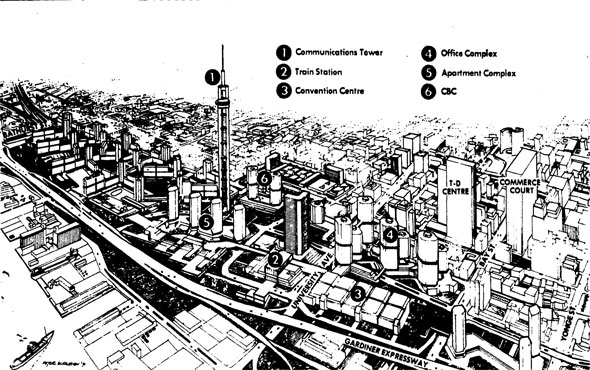 Unveiled in 1967 in a lavish ceremony at the Royal York Hotel, the unprecedented $1 billion proposal called for almost 200 acres of new downtown offices, hotels, residential buildings, and commercial centres between Bathurst, Front, Yonge, and the lake shore.

There would be a skyscraping broadcast tower and maybe even a sports stadium. Central to Metro Centre was a new transit centre that would integrate GO, TTC, inter-city rail, bus, and airport shuttles to be built at York and Lake Shore Blvd.

The catch? 45-year-old Union Station would have to make way for a cluster of office buildings. 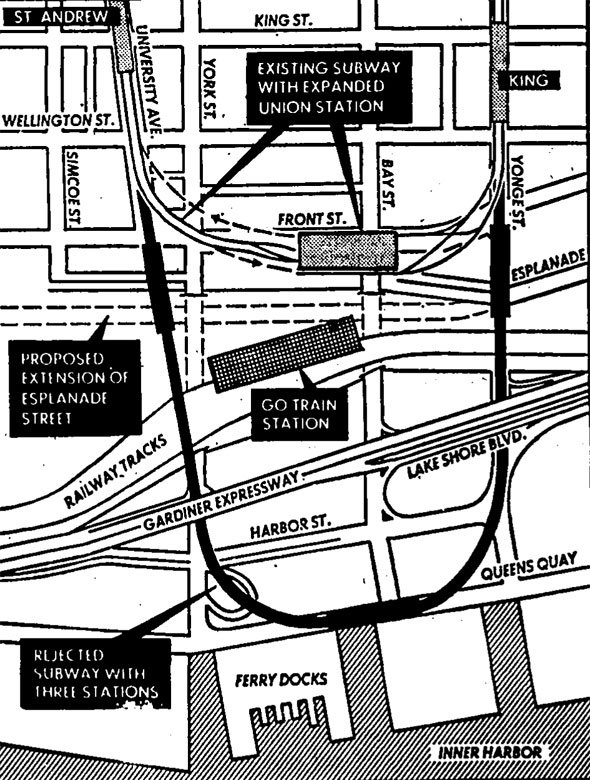 CP and CN hoped the TTC would extend the downtown subway loop south to the waterfront, adding three new stops at Front and York, Queens Quay and Bay, and Yonge and Esplanade. The southernmost station, to be built roughly where the Queens Quay ferry docks streetcar stop is today, would serve the new transit centre and surrounding offices and residences.

At the time, the TTC was pondering whether it could still afford to build an underground replacement for the Queen streetcar and complete a planned extension of the Yonge line from Eglinton to Finch--two expensive ventures in their own rights. Money was, as always, tight.

Instead of installing 1.5 kms of new tunnel and three new stations for $50 million, Toronto's transit agency pitched a greatly expanded Union subway station. Trains would enter on one of six parallel tracks located three levels beneath Front St. A shopping mall would be on the first underground level above a ticket hall and the subway platforms. At $29 million, the new Union would have been the largest and most expensive station ever built by the TTC, but still cheaper than the alternative.

In addition, a new intermediate capacity line running west to Ontario Place, Exhibition Place, and the Toronto Islands would serve the remainder of Metro Centre. One of the technologies considered by the TTC was the French-designed URBA monorail system, which promised to carry between 5 and 20 thousand passengers an hour on a cushion of air along an overhead guide-rail. 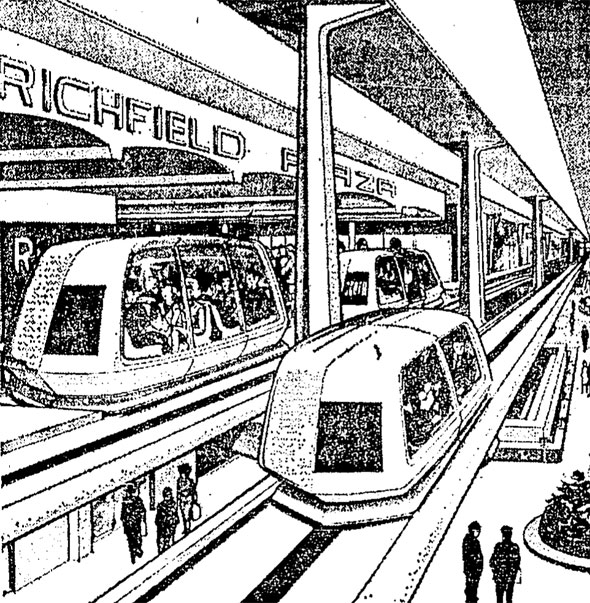 The city's planning department didn't like the idea, and neither did the Metro Centre developers. They said the 290-metre walk between the new GO and other transit facilities and the subway platforms--about twice the length of the walkway between the Bloor-Danforth and University line platforms at Spadina--would be prohibitively long and discourage changing between the two systems. And besides, the TTC proposal assumed Union Station would be preserved, something which Metro Centre was steadfastly against.

With the TTC and Metro Centre at loggerheads, the entire project began to look like it was at risk of falling apart. Still, the complex needed transit, and Metro Centre project executive Paul Pickett urged the two sides to resolve their differences. "It has been two years in the talking stage. Surely to goodness we can get the train on the rails and start it going," he said. 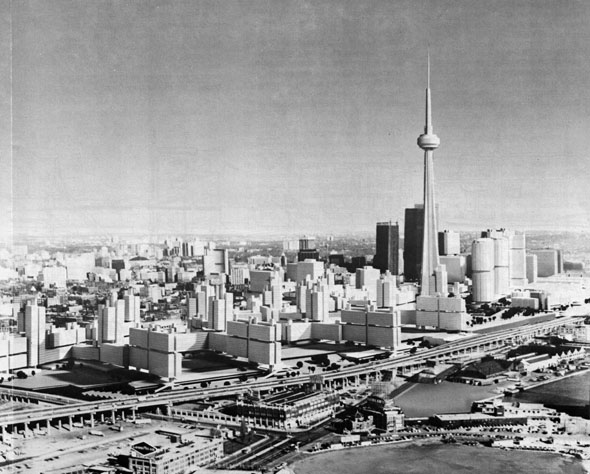 The question of how the TTC would service Metro Centre was still unanswered when the city and Metropolitan levels of government formally cleared the way for the demolition of Union Station after years of debate.

The public outcry and the impending loss of one of Toronto's most famous buildings was, to put it generously, muted. A protest meeting in April 1972 drew just 12 people.

Despite all the necessary permissions being granted, Metro Centre never managed to get off the ground. The so-called "reform" city council elected in 1972 was sceptical of large scale developments, and later attempts to reaffirm commitment to project were unsuccessful. In 1975, Ontario premier Bill Davis hammered the final nail in the project's coffin by confirming Union Station as the city's main transit hub for the coming decades.

Canadian Pacific and Canadian National cancelled Metro Centre that same year, eliminating the impetus for the subway and light rail projects. The broadcast tower component was the only piece ever built.

No decision was ever made on the subway. 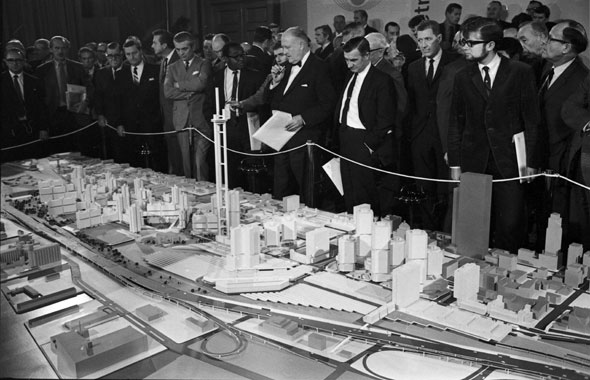