Developer Westbank plans to replace Honest Ed's not with condos, but with an eclectic residential neighbourhood of 40 buildings centered around a new public market.

At a public meeting Tuesday evening, the Vancouver-based owner of the Honest Ed's site revealed their preliminary concept for the Mirvish Village Public Market and surrounding buildings.

Inspired by New York's Flatiron District, their proposal is anchored by a 29-storey tower at the corner of Bloor and Bathurst. Elsewhere, the building heights are much lower--between 5 and 10 floors.

Surprisingly, Westbank isn't planning any condos. All of the roughly 1,000 residential units on the site are rental, and more than half of them contain two or more bedrooms. A daycare, bicycle valet parking, auto share facilities, and electric car charging stations could also be included, the meeting at the Park Hyatt on Avenue Rd. was told.

By far the most striking element, however, is the potential treatment of Markham St. The north-south road just west of Bathurst could be closed to vehicular traffic and transformed into a covered outdoor event space lined with small retail spaces. 14 of the existing homes in Mirvish Village would be retained.

Gregory Henriquez, the lead architect on the project, said Westbank will be asking artists to produce concepts for decorating the street. Hot Docs and others have expressed an interest in producing outdoor events in the space, were it to be built, he said.

Another laneway, built on the site of present day Honest Ed Alley, would be populated by micro stores curated by the Centre for Social Innovation. The concept also includes 57 live/work artist studios.

Fans of the famous Honest Ed's sign will be disappointed, however. The rapidly deteriorating illuminated exterior that was first switched on in 1983 is coming down and its future is uncertain.

Westbank hopes the development won't look like it was built all at once. Henriquez said the varying height of each building and the drastically differing exteriors will make the site appear as though it evolved organically. In an attempt to retain some of Honest Ed's eccentric visual legacy many of the stores will be given their own signs and exteriors.

Right now, Westbank hasn't submitted their plan to the city. Over the next few months, the developer will be gathering public feedback, making minor tweaks, and finalizing the design.

In short--this one's got a long way to go.

What do you think of the proposal? 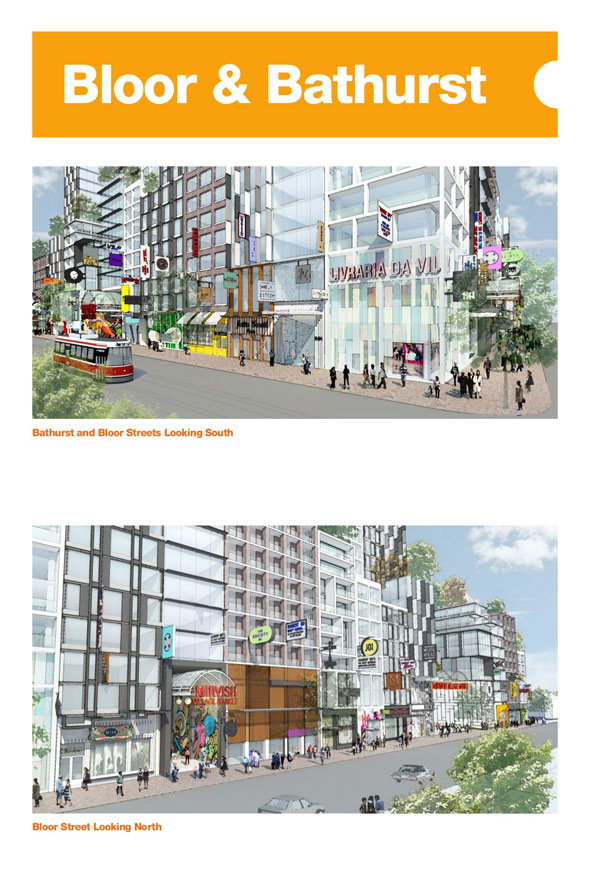 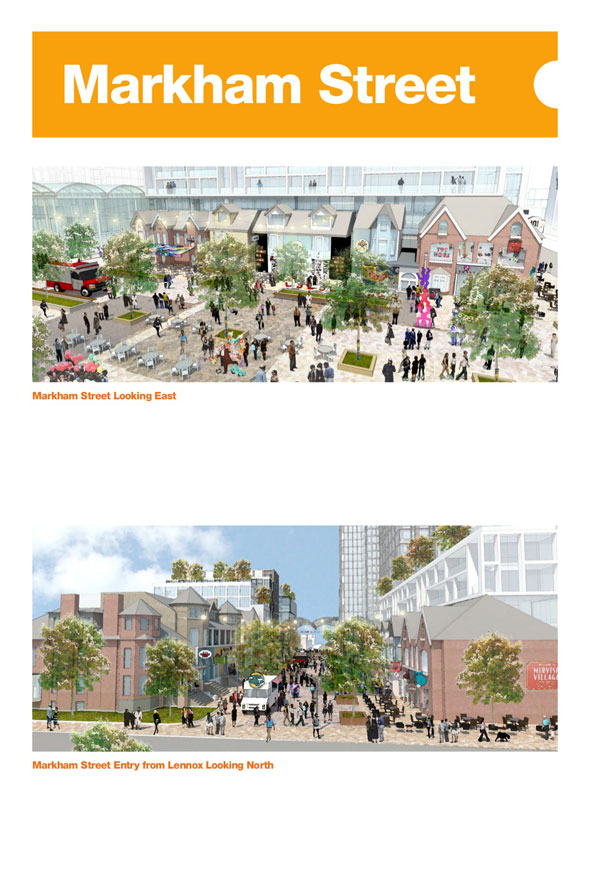 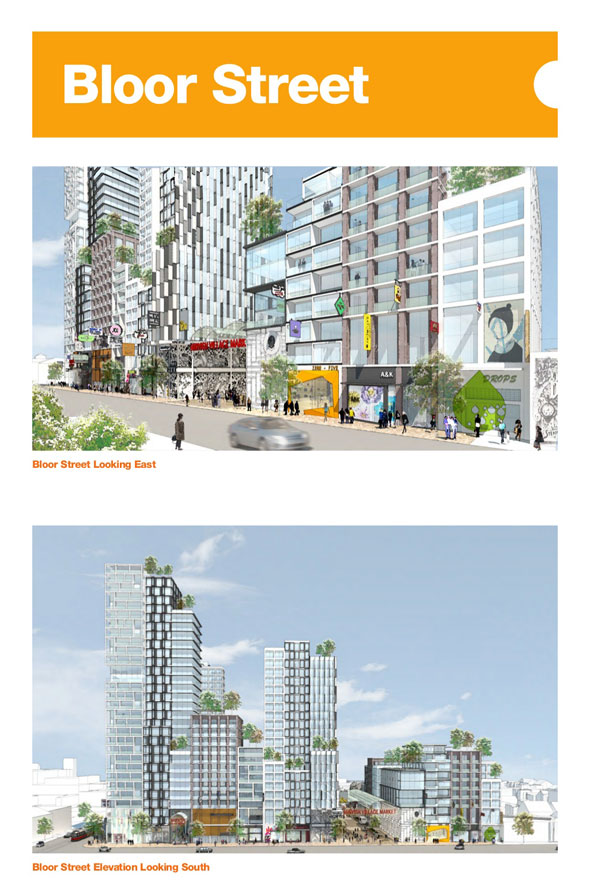 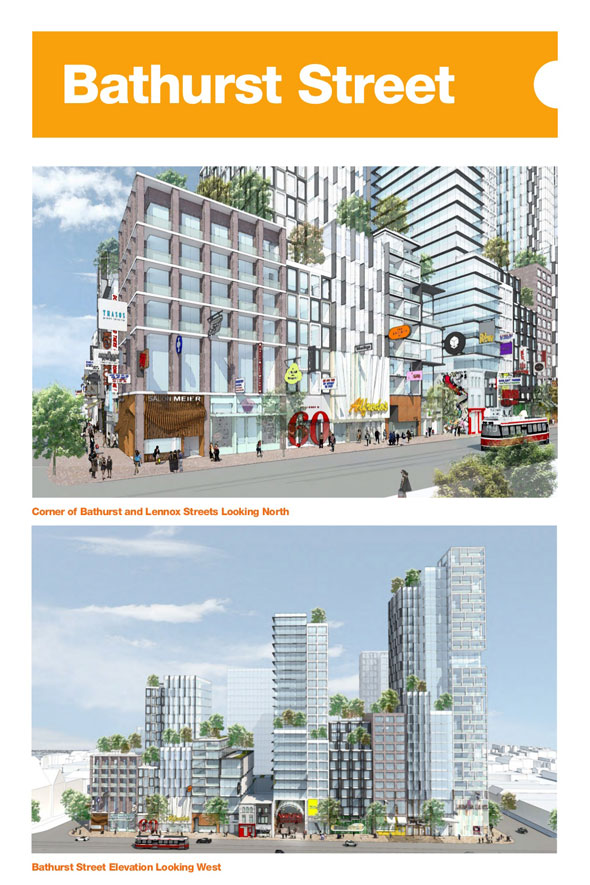 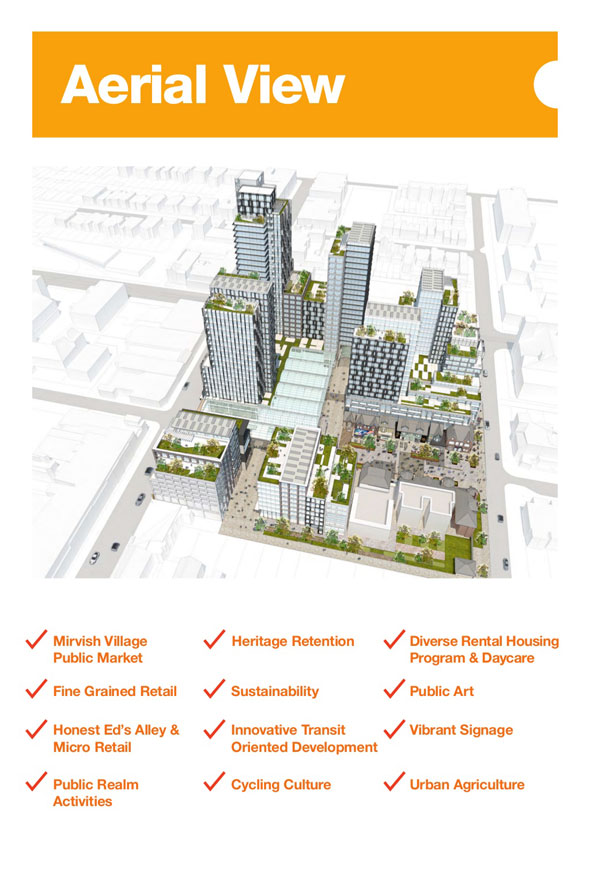 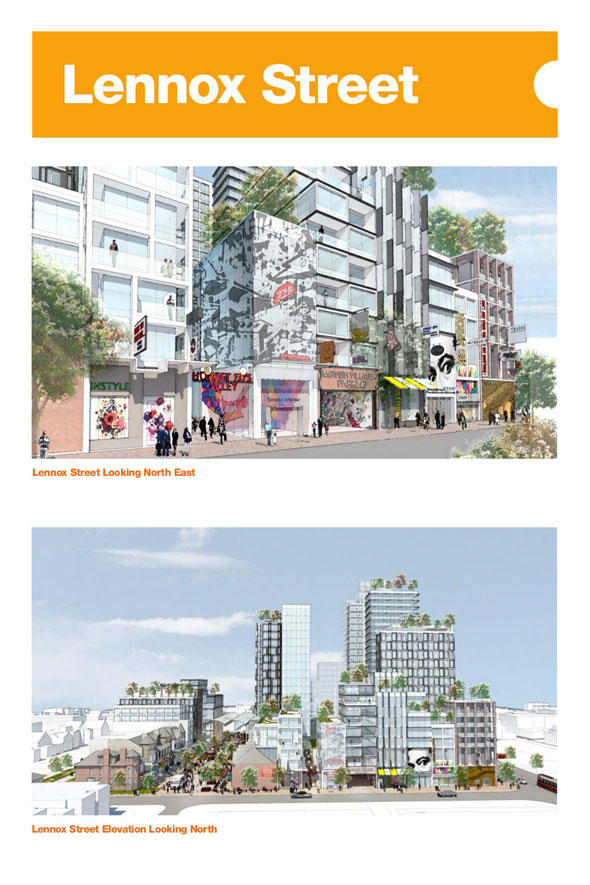 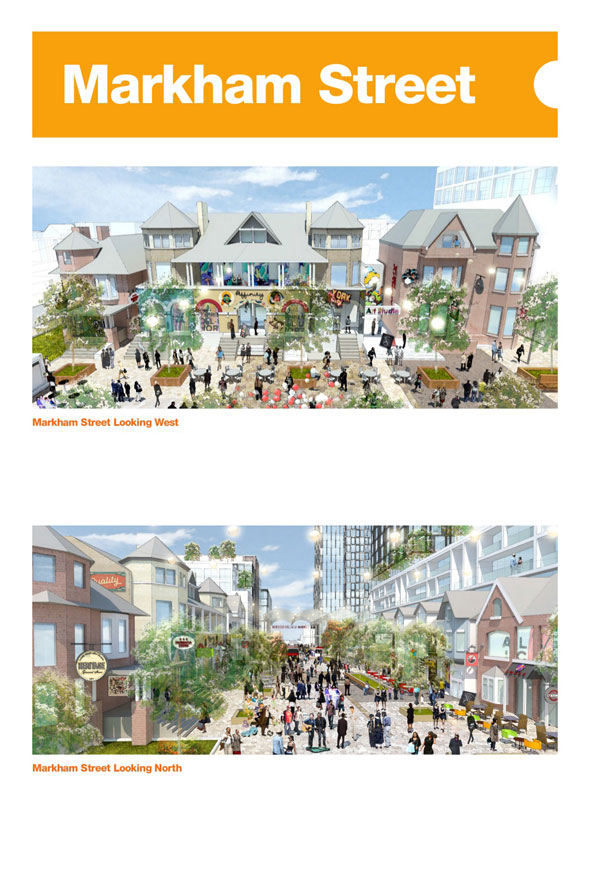