Toronto police say they found a rosary, a Remembrance Day poppy, and a ladder inside the mystery tunnel (alright, "bunker") discovered near York University on January 14.

At a press conference this morning, cops said the chamber was 6 feet 4 inches from floor to ceiling, 2'10'' wide, and more than 30 ft. long. The walls and roof had been reinforced with wood and it appeared more than one person was involved in its creation, likely using shovels and a pulley system to remove the dirt.

There was even a sump pump to extract water and some sound suppression material.

It was "warm and comfortable" inside and likely used at some point during this winter.

Right now there's no evidence the bunker was the work of criminals (or a race of mole people.) The tunnel ran north-south before it was filled in and didn't appear to be heading in the direction of Pan Am Games venue, the Rexall Centre.

"There is no criminal offence for digging a hole," said Deputy Chief Mark Saunders.

Police are appealing to the public for more information.

The Hottest Club in TO is Mystery Tunnel. It has reinforced walls, a generator, & the DJ is a Catholic WW2 ghost. pic.twitter.com/smEOUSjjrH 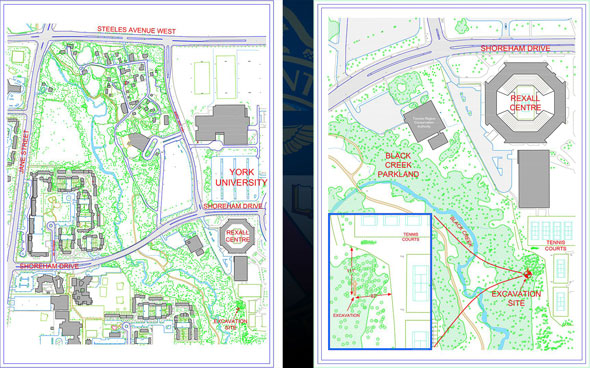 Map of the area near where the crucifix-shaped tunnel was found. 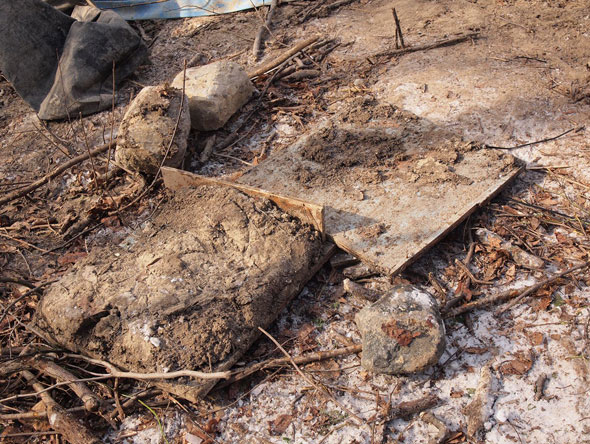 Top secret entrance as it was discovered. 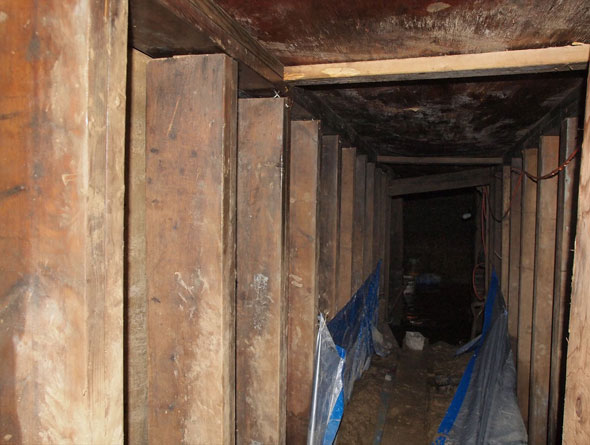 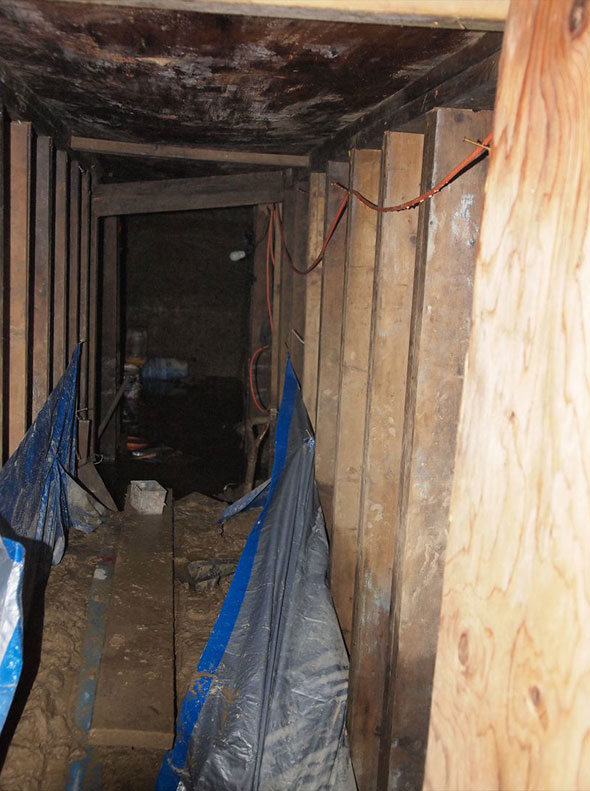 View of the tunnel showing the reinforced ceiling and walls. 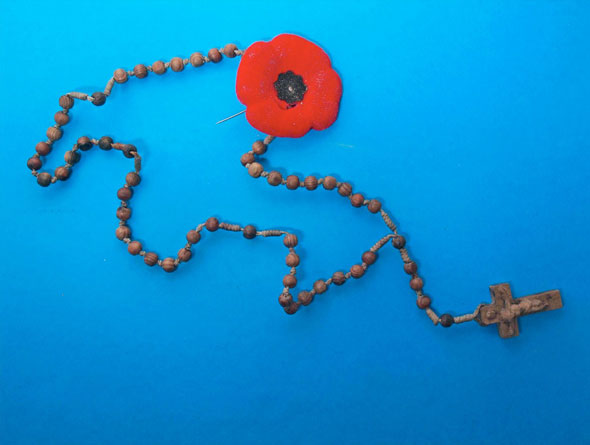 Rosary and poppy found in tunnel. 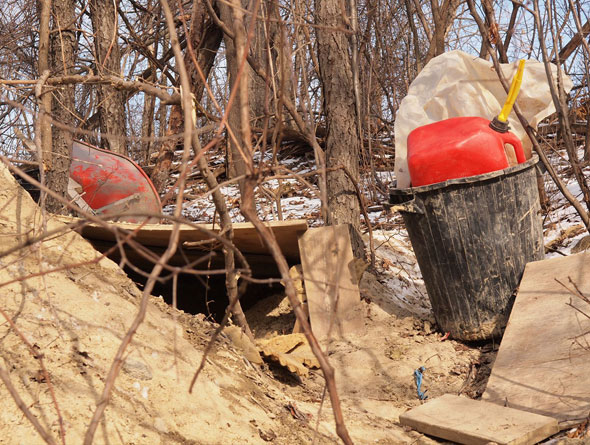 The roof of a separate pit containing a generator. 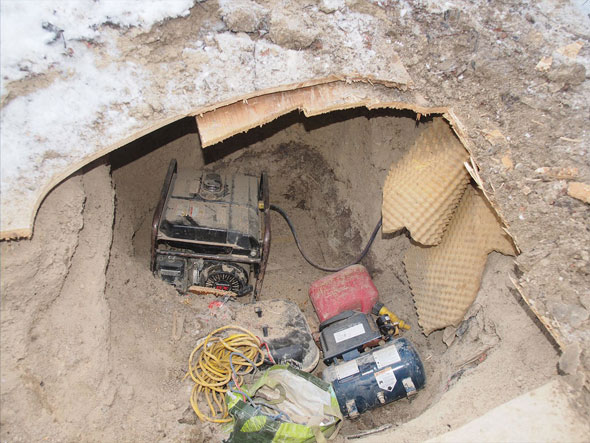 Inside the generator pit. 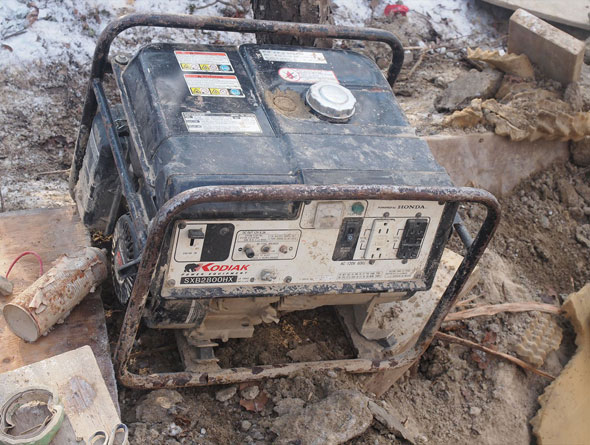 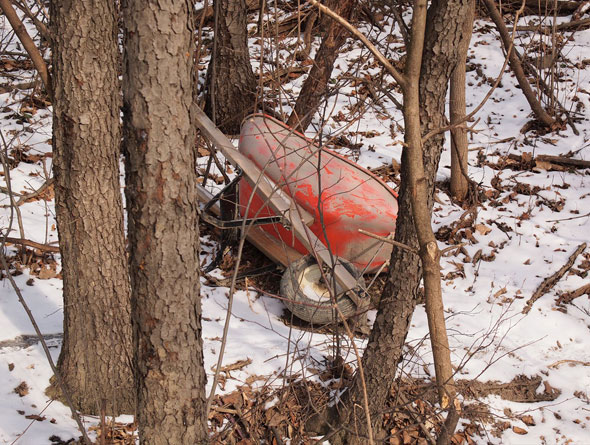 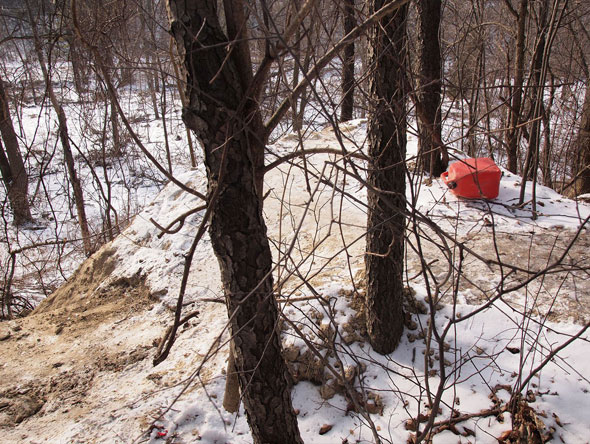 Pile of excavated tunnel material and a plastic gasoline can. 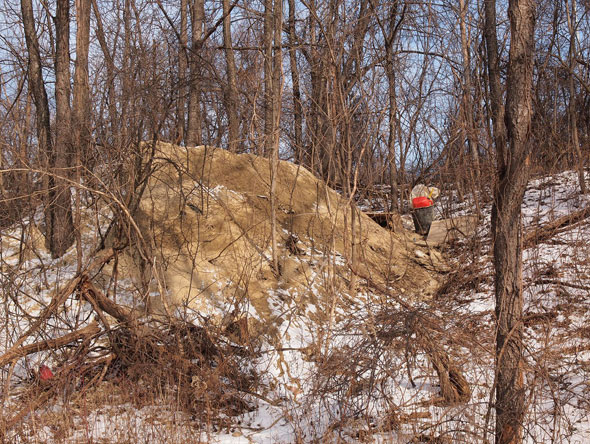 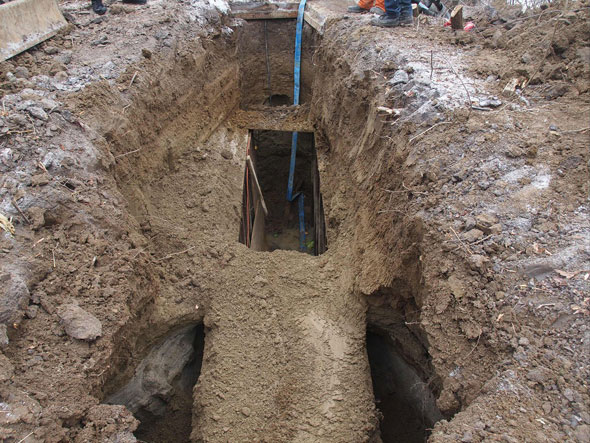 Looking into the tunnel after excavation by police. 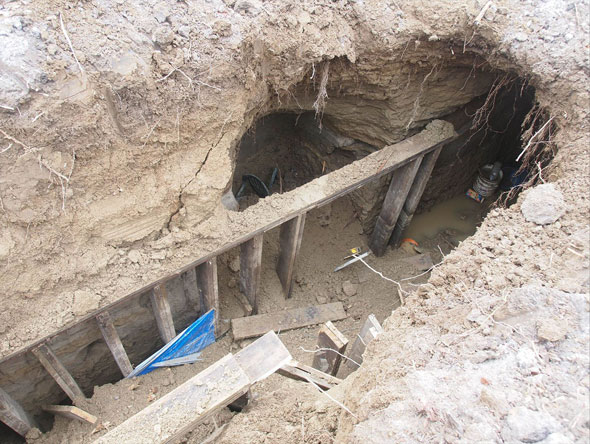 Another view of the excavated tunnel.