What the Island airport tunnel looks like right now

After almost three years of construction, the pedestrian tunnel to the Toronto Island airport is finally nearing completion. According to the latest status update from the Toronto Port Authority, much of the technical infrastructure is in place and the pouring of concrete for the base of the land side entrance portal is complete.

The news also means the days are numbered for one of the most ridiculous ferry rides in the world.

The tunnel, which will be the first permanent public link to the Toronto Islands, is due to feature four moving sidewalks along its 243.8-metre length. A bank of elevators on the mainland and a set of escalators on the airport side will move passengers the 30 metres from the tunnel to the surface. 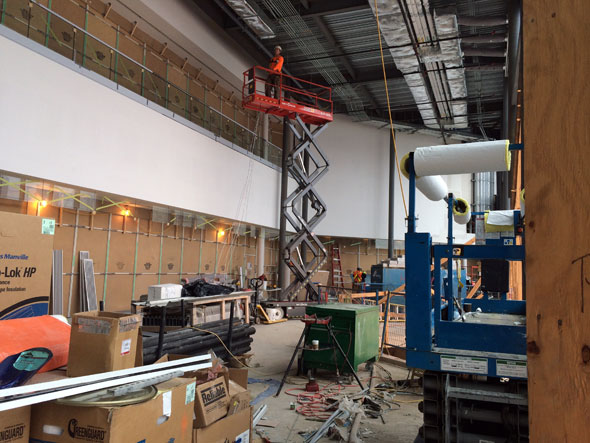 It's expected the journey will take six minutes to complete and help steady the flow of passengers in and out of the terminal. Right now, the airport ferry, which runs every 15 minutes and takes 90 seconds to reach the opposite side, is responsible for sudden surges in demand for taxis at the foot of Bathurst and check-in desks.

Still to be completed is the atrium building that will provide access to the tunnel on the island side, the escalators, and the main entrance pavilion.

In March this year the Toronto Port Authority announced the opening of tunnel had been delayed due to thick ice forming on the unfinished walls.

The ferry, one of the shortest trips of its kind in the world, will stay use once the privately funded $82.5 million walkway opens in early 2015. The vessel will be used to transport vehicles to the airport and continue to be an option for passengers, says Erin Mikaluk from the port authority. 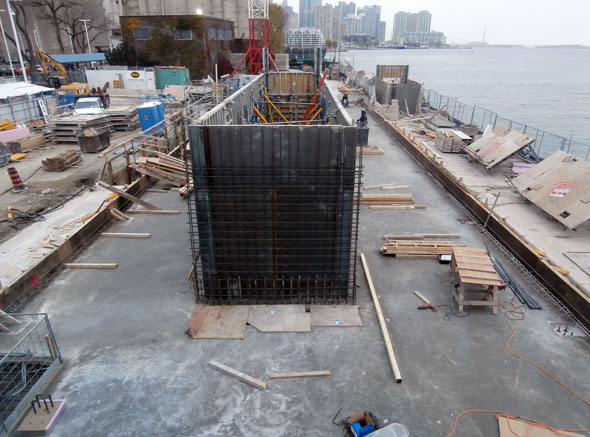 The shaft down which the elevator will be installed on the land side of the tunnel. 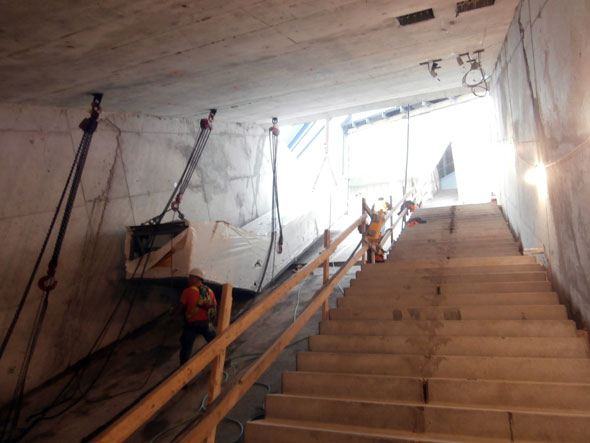 Workers install escalator frames on the airport side.