When it opens in 2016, the Spadina Subway Extension will feature some of the most architecturally significant stations the TTC has to offer. One of these is Finch West, which is being designed by Will Alsop along with Stevens Group Architects / IBI Group Architects. Alsop is best known (at least around these parts) as the architect behind the OCAD Building, a design that inspired the first version of Finch West Station, with its zebra-like roof and multi-coloured windows. 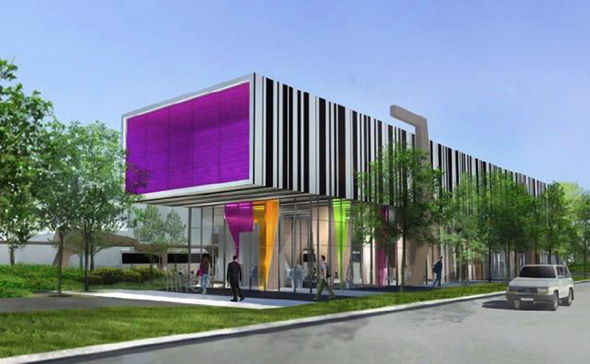 Recently released renderings, however, show a far more austere approach to the station design, one which Urban Toronto rightly notes is "a nod to the brutalist architecture of the 70s when much of the surrounding area was built up." The former design was flashier to be sure, but concrete-lovers will swoon over the new renderings, which also gesture to the architecture of previous stations on the Spadina Line. 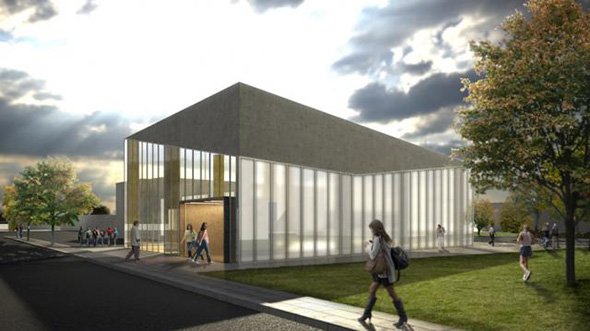 While new interior designs have yet to be released, there's also the hint that Alsop and Co. will use an abstract design for the support columns running up the centre of the platform, which in conjunction with the pubic art installation commission by British artist Bruce McLean, would make this one of the most stunning stations on the TTC.

Correction: According to TTC spokesperson Brad Ross, the original station design stands despite the updated renderings from Will Alsop's architecture firm.