"He's had his problems, but he's not the boogeyman," said Allie as we rode the bus up Brimley Road to Thomson Memorial Park. A woman in her sixties, she had traveled alone from her home near St. George station, and although she didn't know how she would vote, she wanted to witness the spectacle of Ford Fest first hand. She wouldn't be disappointed.

Several thousand people, some of them in white Ford Nation t-shirts, many of them fanatical in their support for the Ford family, descended on Scarborough last night, lured by the promise of free burgers and the chance to meet the city's incumbent mayor. 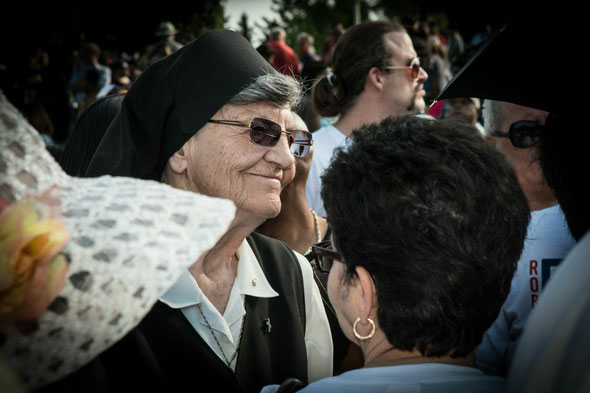 Before Rob Ford arrived, a DJ played AC/DC and other classic rock songs at the wrong speed, making the vocals sound high-pitched. "Video Killed The Radio Star" thumped over the PA as Ford, shielded by security, entered the small white tent that contained, among others, his wife Renata and two children, brothers Doug and Randy, and former boxer George Chuvalo.

Near the head of the meet-and-greet line, which snaked for some distance across the park, was a nun in a habit. At least two convincing Rob Ford lookalikes worked the crowd outside the tent, content to catch a watch from afar rather than wait for a fleeting encounter. 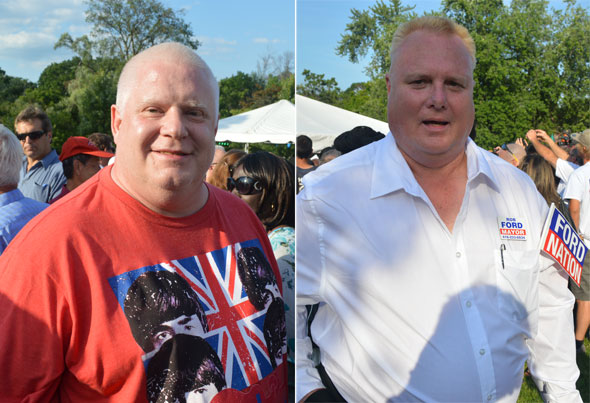 "I enjoy it, most people are really considerate," said Barry Neelin, who came dressed in a white shirt and sported a Ford-style hair cut. Another, Kevin Cearl, seemed shy about his resemblance. "I don't mind it most of the time, don't get me wrong. I have fun with it--they call me mayor at work." 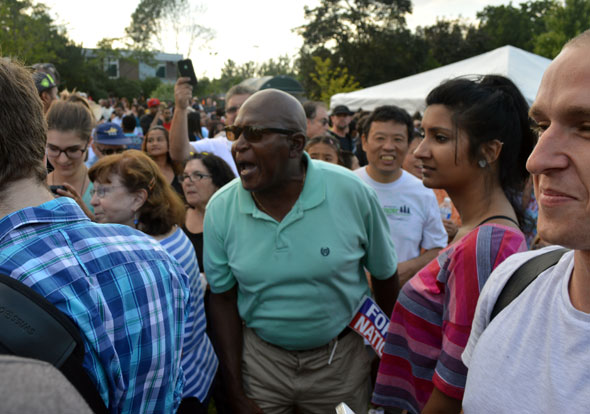 Also outside of the line-up, a hardcore band of Ford supporters, one of whom said she had named her young son "Rob" in tribute to the mayor, seemed bent on disrupting reporters interviewing the few people critical of the mayor. Some formed a circle and screamed in an attempt to drown out any dissent. One man clutched a hand-held video camera and appeared to be intent on stoking the palpable tension.

Later, a man with "Queeruption," a group of activists protesting Ford's recent vote against a LGBTQ homeless shelter, was allegedly assaulted and the group's protest signs smashed. "First it was just verbal harassment, 'Adam and Eve not Adam and Steve' and chants for us to go home," said Poe Liberado with the group.

"One of our supporters got tackled and the sign in his hand was ripped up and then our friend got punched in the face ... we thought people would be unhappy with us being around but not physically attacking us. This says something about Ford Nation what Rob Ford stands for." 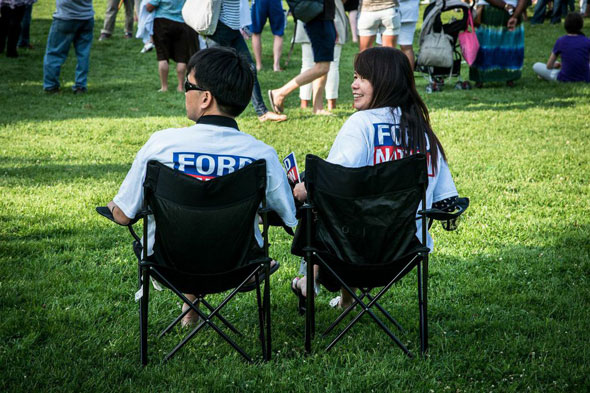 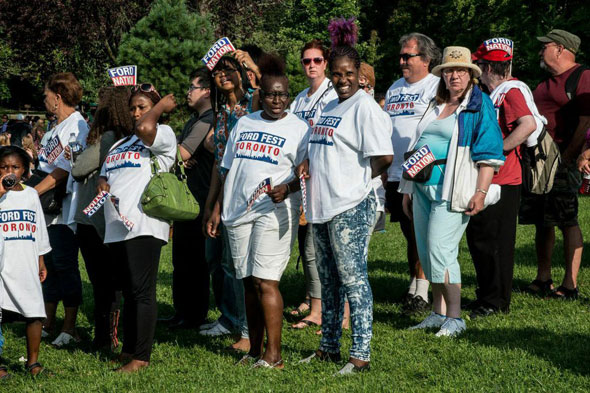 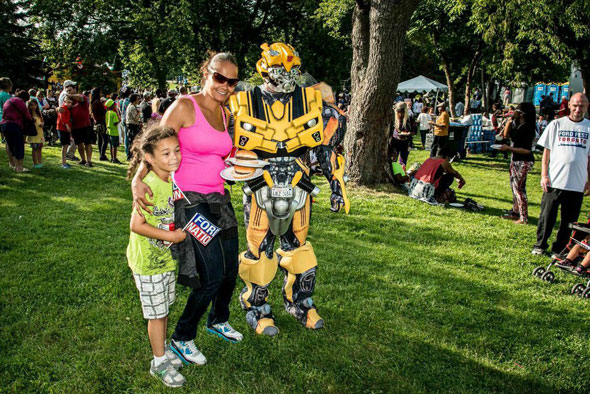 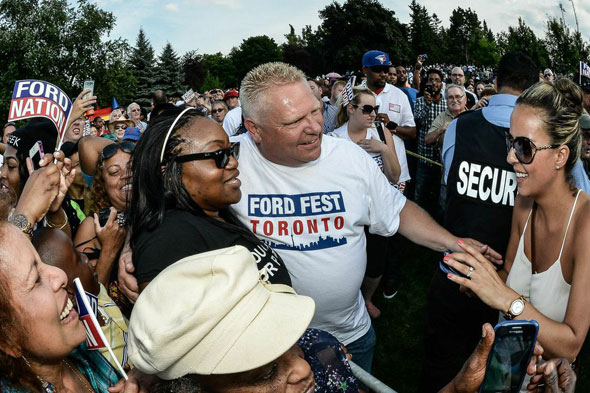 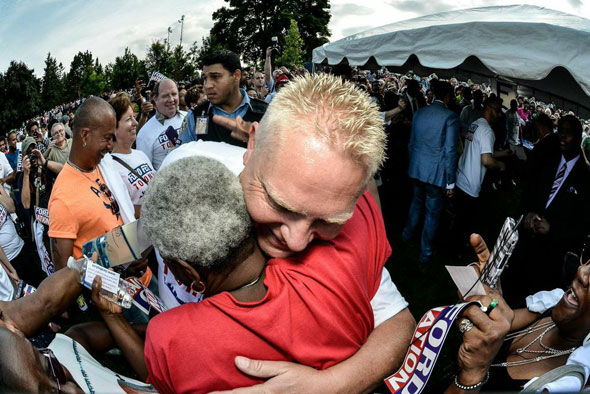 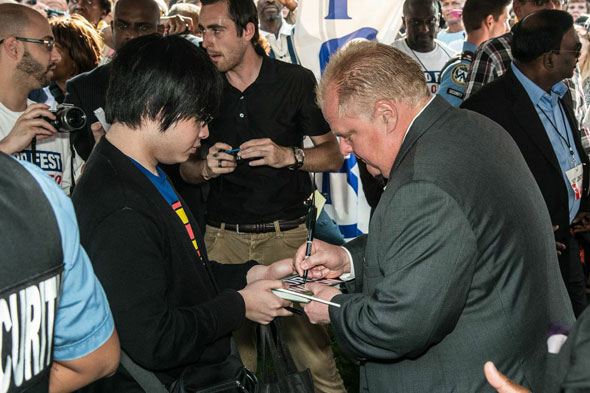 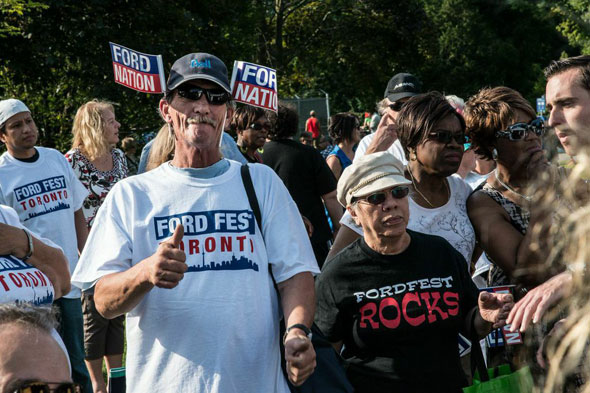 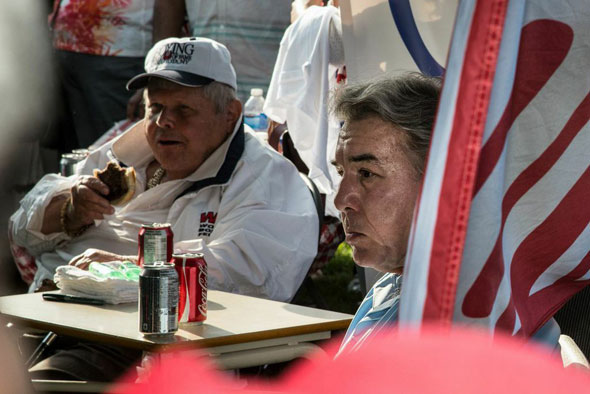 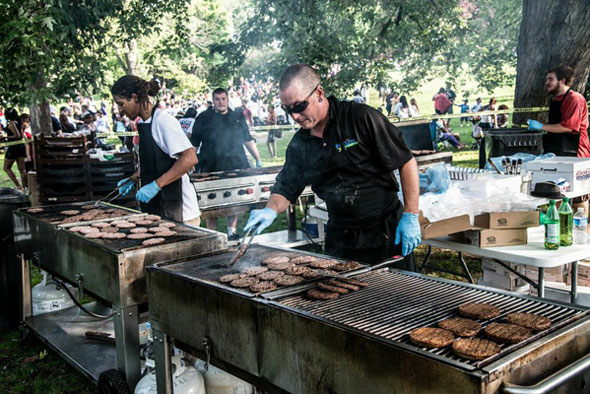 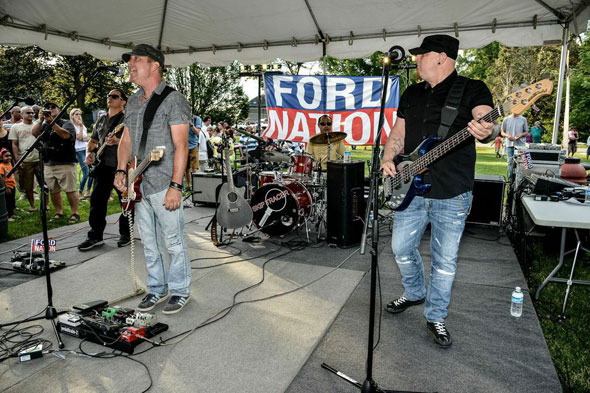 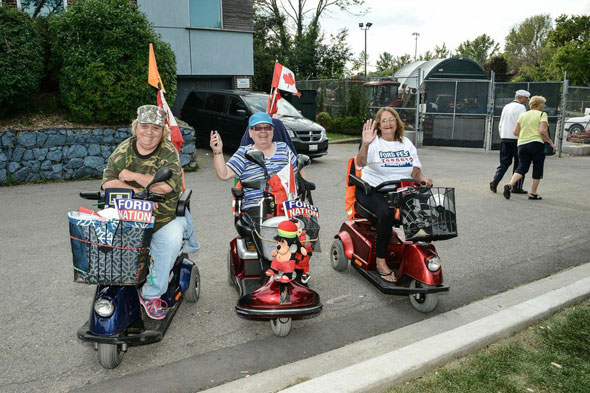 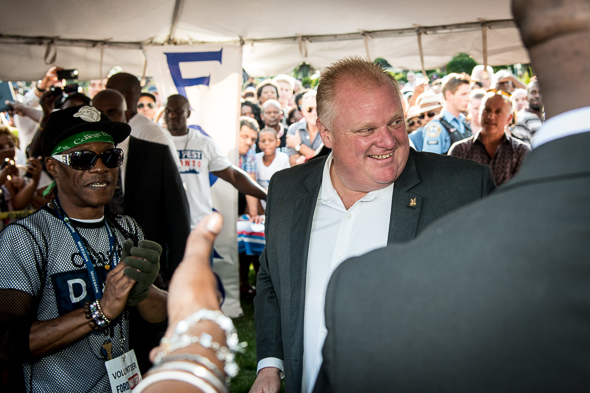 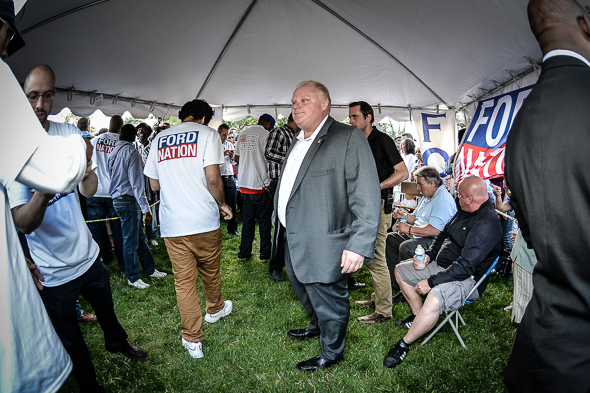 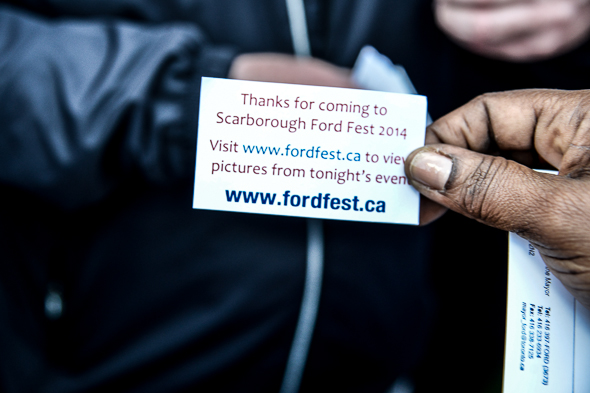 Chris Bateman is a staff writer at blogTO. Follow him on Twitter at @chrisbateman.
Photos: Christian Bobak, Chris Bateman