New in Toronto real estate: Residences at the Hunt Club

The Residences at Hunt Club is a new condo development on Kingston Road, sitting atop the prestigious golf club of the same name. With excellent views of Lake Ontario to the south, this midsize building bills itself as a luxury option for those who are swayed by such things. The development is located just to the east of Kingston & Co. condos, and is further evidence that this neighbourhood is slated for intensification. And why not? The lake is a major draw, but so too are the various trails around the nearby Scarborough Bluffs, the proximity of the Beaches neighbourhood, and the still relatively low prices. I say relative because the penthouse units here break the million dollar mark, so there's nothing budget about this building. 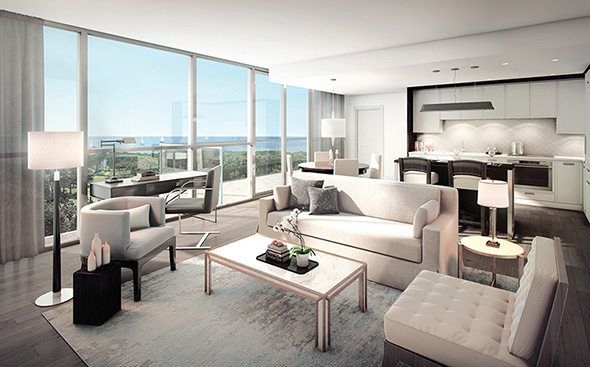 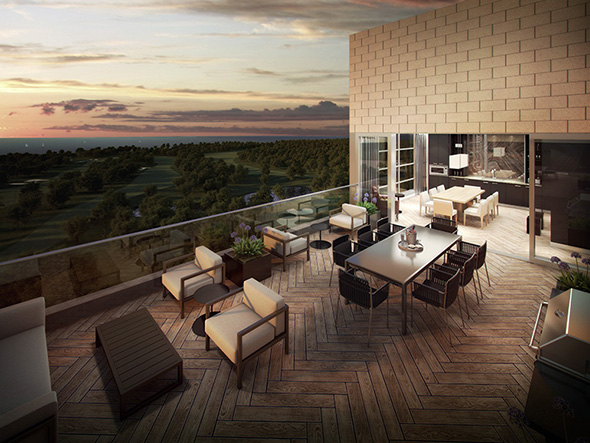 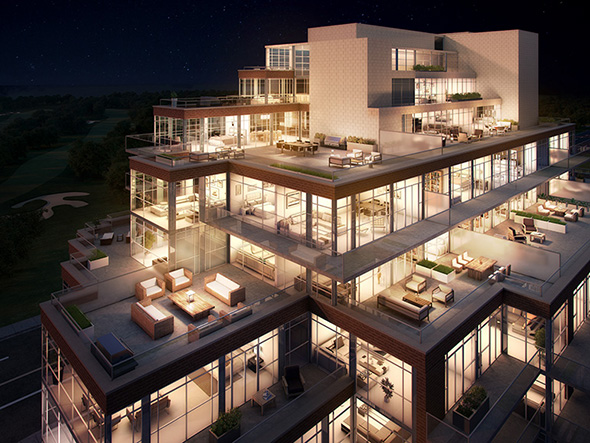 It's still a bit early to offer a definitive verdict on this development as a number of details regarding unit sizes and floor plans have yet to be released, but I'll repeat what I said about the neighbouring Kingston & Co. project: Toronto could use more of these mid-scale developments, especially in neighbourhoods that have previously lacked density. While it strikes me that the sales pitch linking the project to the golf club that it happens to be located next to is a bit over the top, the renderings suggest that the upper units are luxurious indeed.

I also like the degree to which the various terraces and stacked levels on the upper storeys lessen the impact of the structure. It's an attractive looking building that won't dominate what is primarily a low rise neighbourhood -- at least for now.