New painted bike lanes started to appear on Simcoe Street this week, but it seemed users of the street's soon-to-be-defunct parking meters were turning scofflaw, blocking the painted contraflow track with their cars and motorcycles.

Not so, says Dan Egan, the city's Manager of Cycling Infrastructure and Programs. The lines might look finished, but the transportation department still needs to install south-facing traffic signals for the new northbound cyclists. 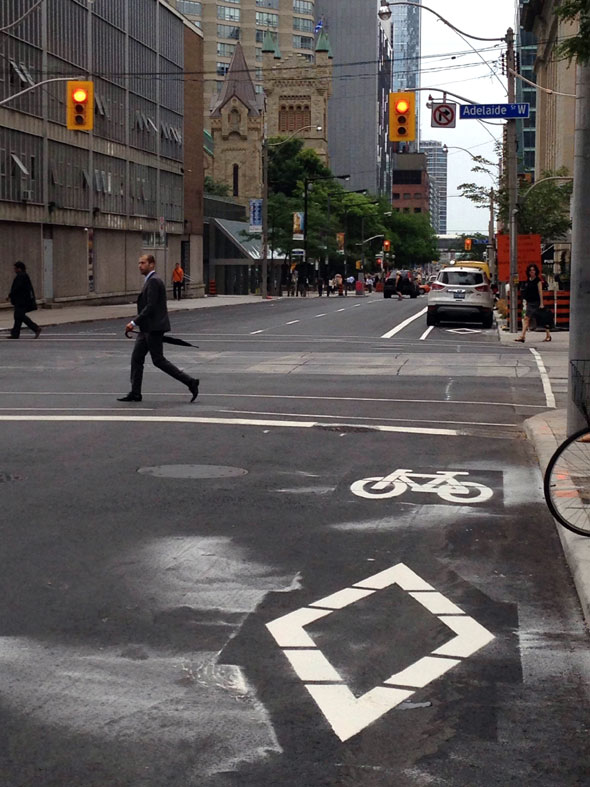 The new Simcoe bike lane, which runs between Front and Queen, is part of the city's year-long pilot project centred on Richmond and Adelaide streets, the results of which will be passed on to council with an eye to making the lanes permanent.

When construction wraps up in a few weeks, Richmond will have a separated westbound bike lane between York and Bathurst. Eastbound riders will get a similar set-up on Adelaide from Bathurst to Simcoe.

"[The lanes] will be there probably for a good year," Egan says. "The intent is to keep the pilot and transition to a permanent facility once the report goes through council."