What are the best & worst Toronto buildings from 2013?

It's time once again to look back and take stock of the last year in Toronto architecture. The annual PUG Awards, now in its 10th year, is the public's chance to cast judgement on the most prominent buildings completed in 2013. This year, a total of 43 developments await our laurels and darts.

These days, the PUG awards are less about heckling the architects of heinous buildings than they are about celebrating strong design and bold, successful architecture. But by allowing the public to vote whether they "love," "like," or "hate" a new development, the awards still provide means for people to reject the dreary, uninspired, or downright ugly.

Here are some nominees for the best and worst of 2013. 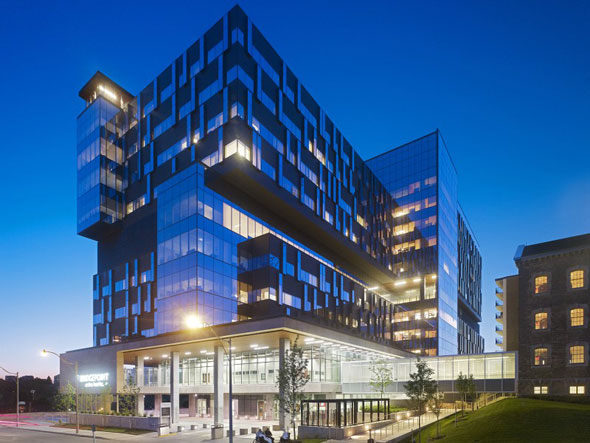 The looming, semi-transparent Bridgepoint Health development dominates the west side of the Don Valley at Gerrard Street. The light-filled addition to what was once the dark and brooding Don Jail involved the demolition of the much-loved "half-round" building and the less popular modern prison wing that faced Broadview. The wider development is still incomplete, but the hospital building with its green roof terrace opened for patients in 2013. Fans laud the airiness of the design, critics say it's too overbearing on its perch overlooking the Don Valley. 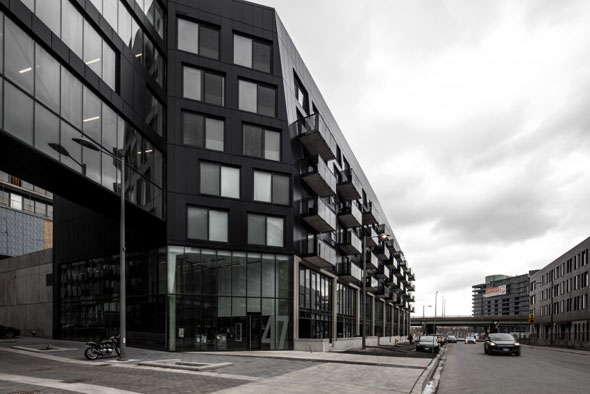 After the failure of the Ataratiri housing project in 2001, it seemed the West Don Lands would be forever a forlorn post-industrial wasteland. Now, thanks to Waterfront Toronto, life is returning to the mouth of the Don. Toronto Star architecture critic Christopher Hume gave the black aluminium-clad River City condos an "A+" rating, calling it "a work of considerable sophistication," and the comments on the PUG awards site seem to back-up his verdict. The angular blocks look like they could have been honed out of an obsidian cliff. Dramatic and bold. 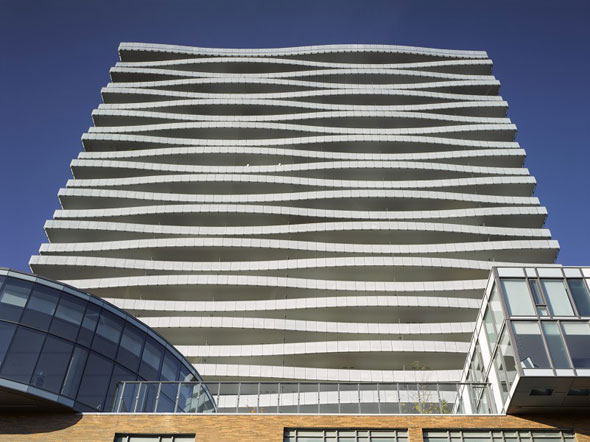 The fluid white lines of the 33-storey, mixed-use Market Wharf development look like wisps of high cirrus cloud or foamy ocean waves (never mind that Toronto is on a lake.) Down at street level, the brick podium mirrors the neighbouring St. Lawrence Market building despite harbouring a horrendous Shoppers Drug Mart. It's an eclectic mix of old and new materials that seems to be broadly popular. Some people don't seem to like the width of the tower, however. 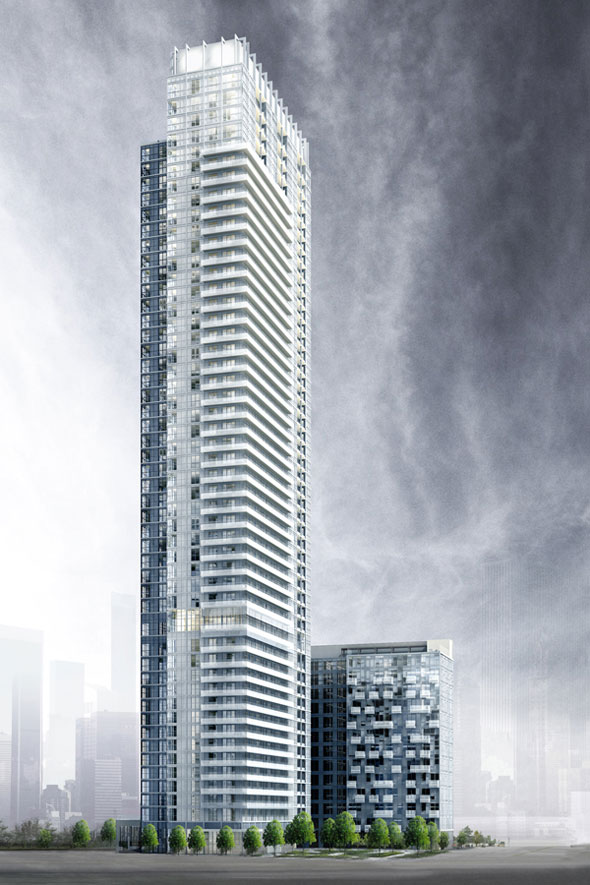 The whopping 49-storey 300 Front condominium tower looks set to prop up the bottom of this year's rankings. It's gigantic, graceless, and neither blends in nor stands out from its surroundings. The Minecraft zebra striped addition does a good job of blocking views of the transformer station to the north, but judging by the feedback on the PUG site, that isn't going to be enough to redeem 300 Front. "What a complete disaster," says one commenter. "A cheap and bumbled mess," says another. Oh dear. 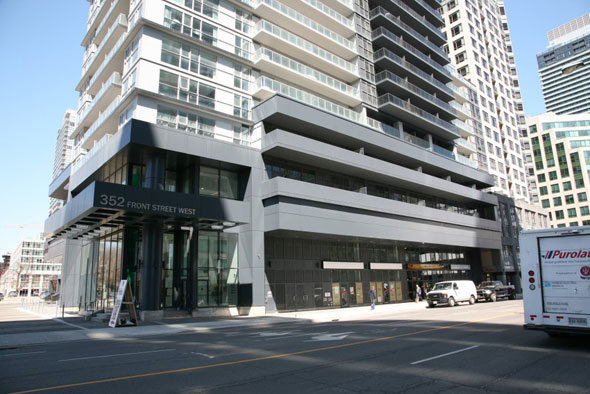 I suspect the naming agency that selected the title for this development were trying to evoke Bette Midler but, unfortunately, ended up with something closer to The Offspring. Fly Condominiums does have some nice touches - the arrangement of the west balconies act like a maze puzzle for the eyes and there's a little interior courtyard - but on balance there's something not quite right here. Perhaps its the needlessly drab horizontal slabs at street level or the forgettable facades that look out over Clarence Square and Front St. Fly Condos will likely score somewhere near the bottom.