The City of Toronto wants to know where cyclists are riding their bikes, and it's launching a new mobile app that tracks their every move, if users want it to, of course. Toronto Cycles, which is available for iPhone and Android, records and uploads details about where, when, and why people ride bikes in Toronto.

"It's pretty simple," says Dan Egan, the city's cycling manager. "When you start your trip you just turn it on and when you finish your trip you turn it off. It will upload the data to a server where it's kept anonymously and it will allow us to monitor and look at cycling trends in the city."

But don't worry about big brother issuing tickets for riding the wrong way down a one way street. The software, Egan says, only generates anonymous data that will be used to map the desire lines of cyclists, not to punish riders for taking a convenient shortcut.

"The first step is to get a better sense of where people are riding. We do get some of that information from surveys asking people where they ride, but this could help us map out the routes ... it will show up on a map as a line but we will never be able to identify who's doing what."

This being the work of a curious local government, however, the "About You" section that users are encouraged to complete asks questions about age, income, destinations (generalized to just the first three digits of a postal code,) comfort level sharing the road with other vehicles, and whether it is comfortable to ride during winter.

The app will cost about $20,000 to develop and run over the next year. 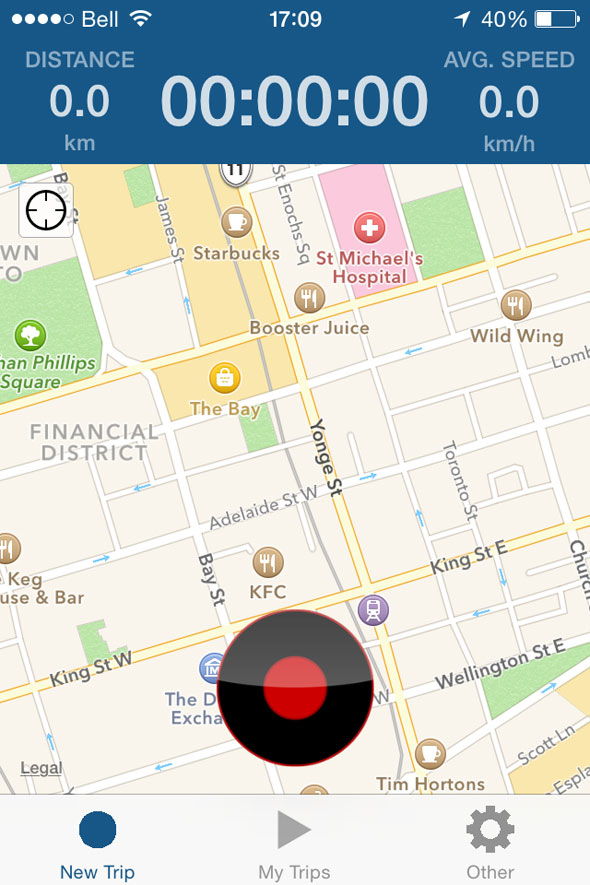 In an effort to encourage new users, the app also records average, current, and maximum speeds, calories burned, and greenhouse gas offset, like other popular activity-monitoring applications, such as Strava and Cyclemeter.

The data from Toronto Cycles will eventually be folded into a comprehensive cycling report that is due to presented to city council in 2015. The new official cycling plan, still currently a work in progress, is promising to expand on the city's existing 570 kilometres of bike lane.