Is Bay & Bloor in danger of becoming a condo jungle?

Four major residential towers planned for the south end of Yorkville, near Bloor and Bay, are putting the local area on course for a "disturbing" future, the chair of the city's Design Review Panel says.

The developments paint "a clear and disturbing picture" for Yorkville and the surrounding area, Gordon Stratford, the review panel chair, said in his summary of the Bloor-Yorkville Study in March (the details of the meeting were only made public yesterday.) "It shows a growing cumulative impact that puts this area of the city at serious risk." 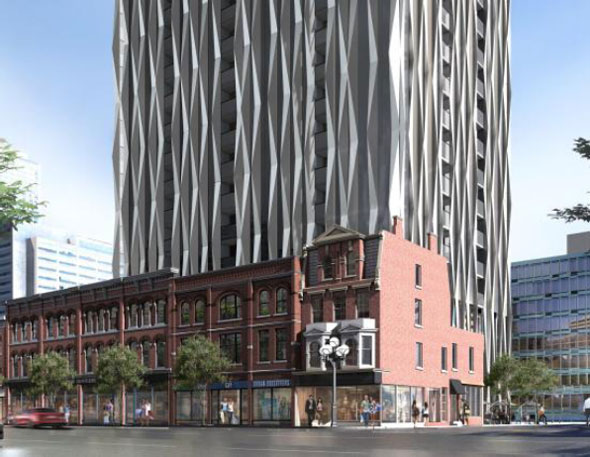 Bloor between Yonge and Bay is a prime target for what planners call "intensification" - the practice of encouraging an area to grow vertically - because of its location at a major subway interchange, but with several tall buildings already in the area, including the Hudson's Bay Centre, the CIBC tower at 2 Bloor West, and the Four Seasons Hotel, the experts are getting nervous.

The members of the panel "felt the assembly of projects would not deliver in terms of complexity of experience, aesthetic pleasure, and quality of life," according to their report. "They expressed unanimous concern and caution about whether this was an appropriate direction for the development of the City, suggesting that they would result in an over-crowded and unpleasant environment, the consequences of which should be seriously considered."

The panel were also troubled by the anticipated lack of public space, parks, wind protection and natural sunlight if all of the projects were allowed to be built as currently designed. The wall created by the towers would cast places like Jessie Ketchum Park and Town Hall Square in shadow at peak times of the day, they said.

The 70-storey, 234-metre 1 Bloor East tower, currently under construction on the southeast corner of Yonge and Bloor, will also become a factor when it tops out in the next year or so. 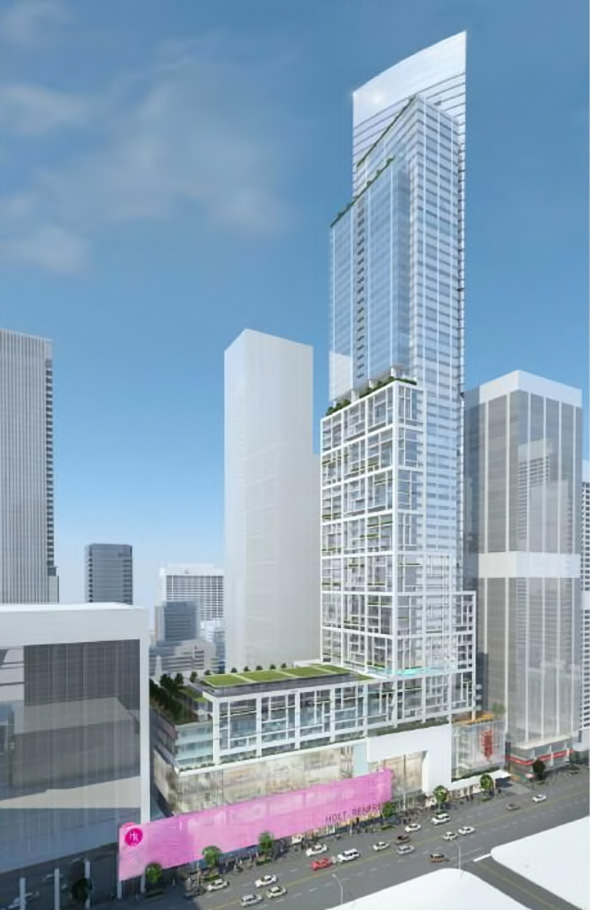 In response, the panel suggested the buildings that have yet to receive approval should be scaled back, reduced in density and lowered in height. The proposal for 50 Bloor Street West, which started out as an 83-storey behemoth, has been significantly trimmed and streamlined since the plans surfaced last April, judging from the latest images.

The panel also lamented "the 'first to the post' style of development" that has arisen without a proper planning framework for Yorkville. "This could end up compromising the very quality of the neighbourhood that currently makes it so attractive."

City staff will consider the Design Review Panel's findings as the proposals move through the approval process.

Are you concerned about the development near Bloor Street? Is the panel justified in their concern or should transit nodes like this be allowed to become dense with towers?