What Kingston Road used to look like in Toronto

Kingston Road doesn't pose much of a challenge from an etymology standpoint. Once the easterly route from Toronto to Kingston, the road dates back to the outset of the 19th century when Asa Danforth was tasked with building a route linking Toronto with the Trent River. While Danforth's road made it all the way east, it never really took and fell into disrepair soon after completion. 15 years later, Kingston Road was built following mostly the same path. During the almost two centuries that have followed, Kingston Road made up a huge chunk of Highway 2, a route that still cuts across Southern Ontario even though it was removed from the official highway system in 1998.

Once served by a radial railway, Kingston Road has always been an important street in Toronto. Businesses capitalized on the travellers making their way to and from eastern destinations, which afforded the Toronto portion of the street a rather vibrant retail scene earlier than other places to the east of downtown. It was also, rather naturally given its function, a place where some of Toronto's earliest tourist cabins were located.

The Kingston Road motel strip still clings to life today, but back in the 1950s it was positively booming. Prior to the 401, Highway 2 was a major east/west route through the province, and tourists were attracted to the cheap accommodation and proximity to the Scarborough Bluffs. These weren't rundown, shitty places. Take a look at the Roycroft Motel in the 1950s below. Now something of a concrete bunker, it's parking lot pool seems wonderfully optimistic and leisurely.

The whole strip of motels was, in fact, brimming with activity until the traffic dried up in the 1960s, thus mirroring the situation in the US with the rise of the Interstate. One suspects that the remaining motels will be gone in the next decade or so, depending on the level of condo pressure. The purge has already happened on Lake Shore, so that's not a particularly brave prediction to make.

Here's a look at Kingston Road when it was on the upswing. 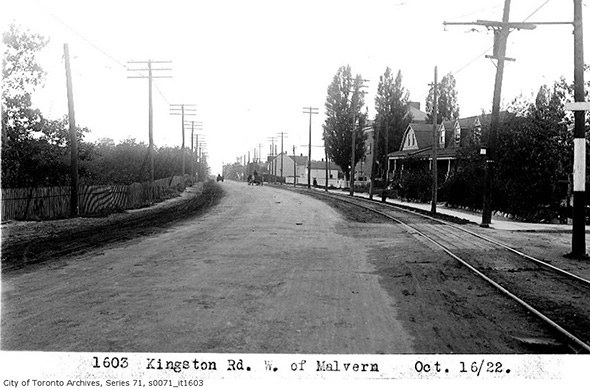 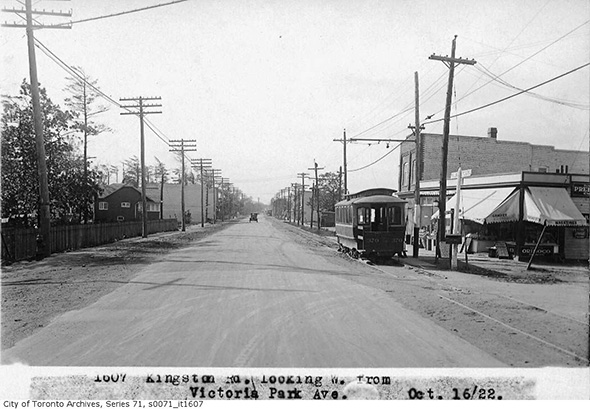 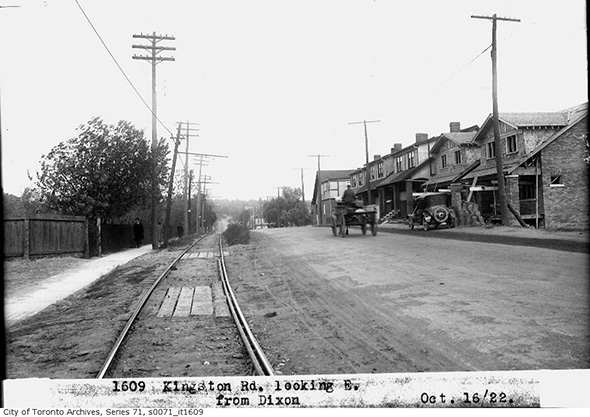 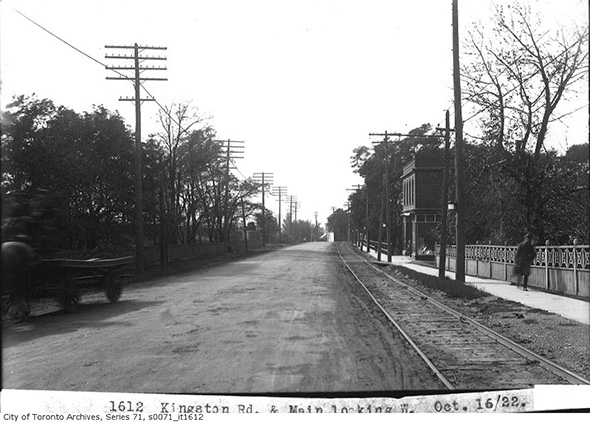 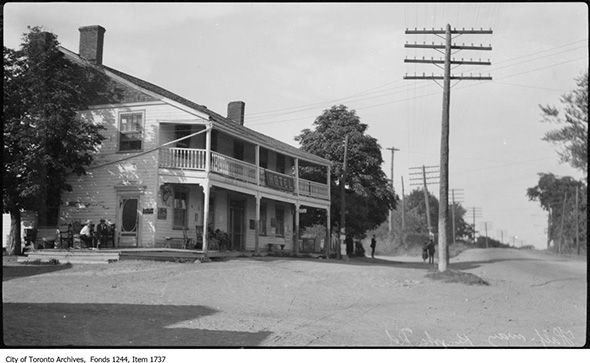 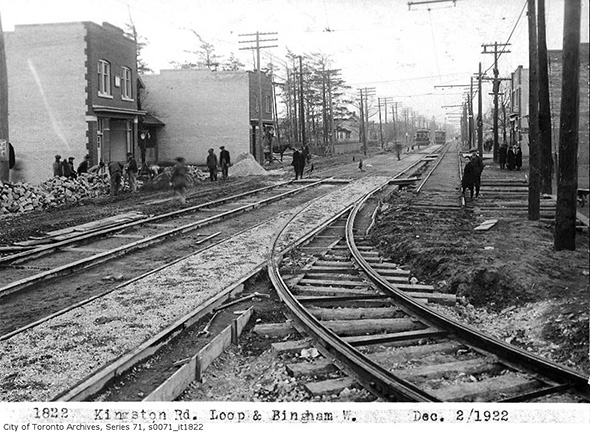 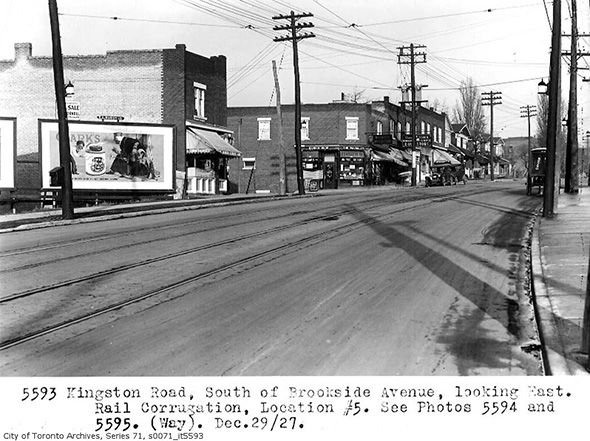 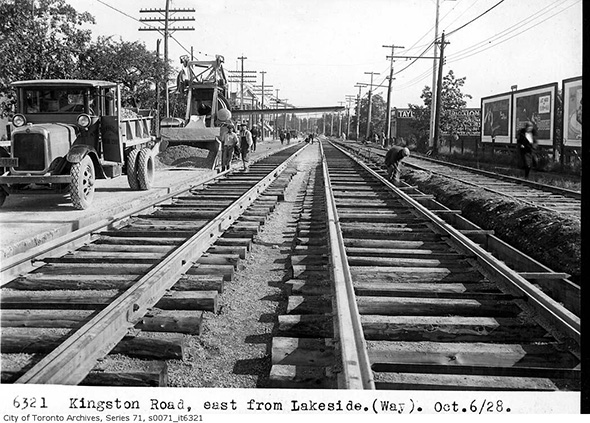 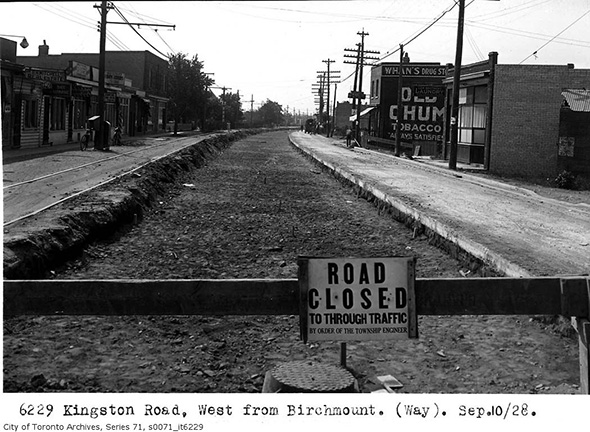 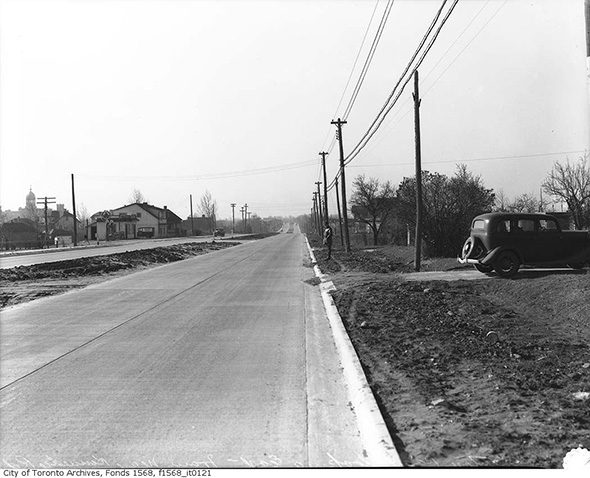 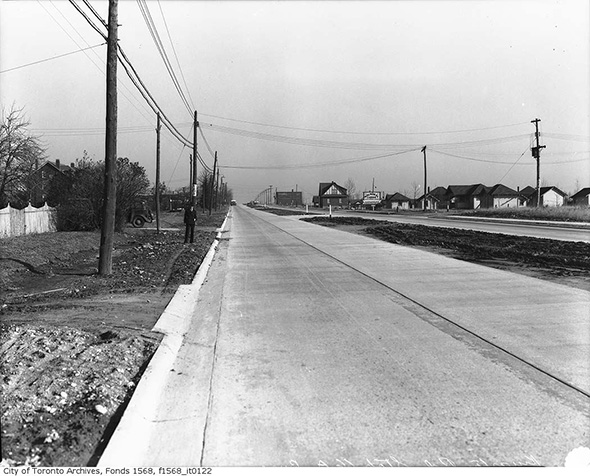 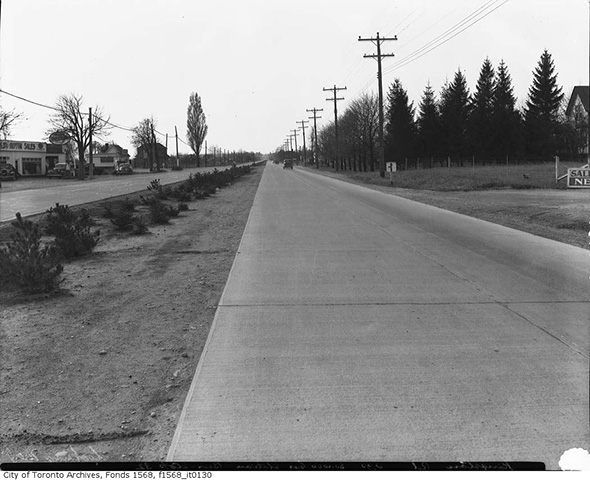 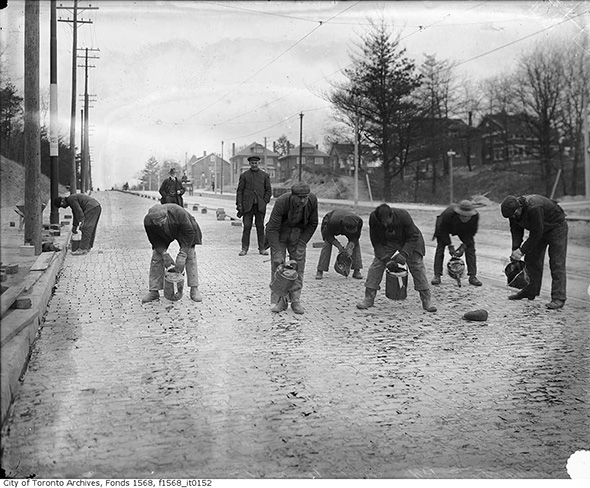 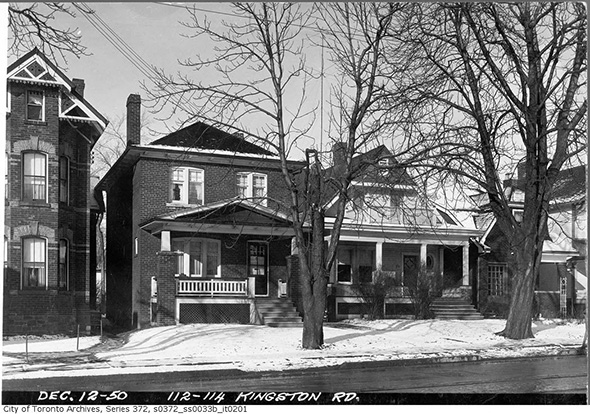 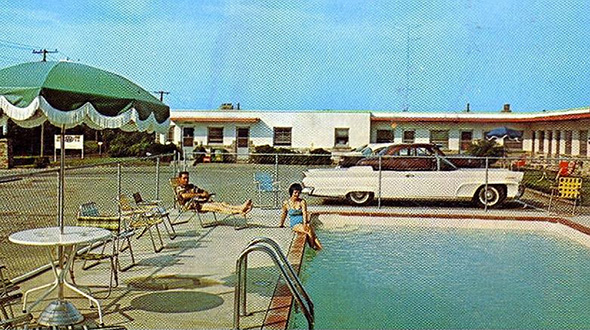 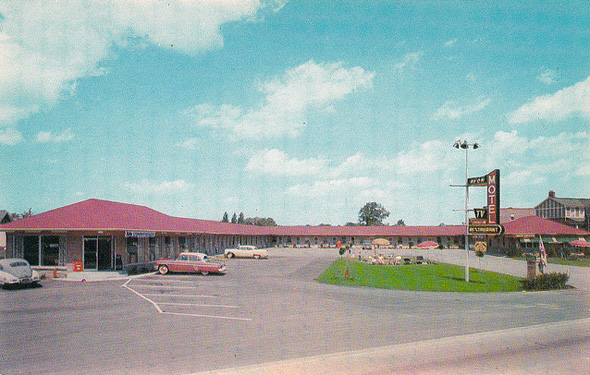 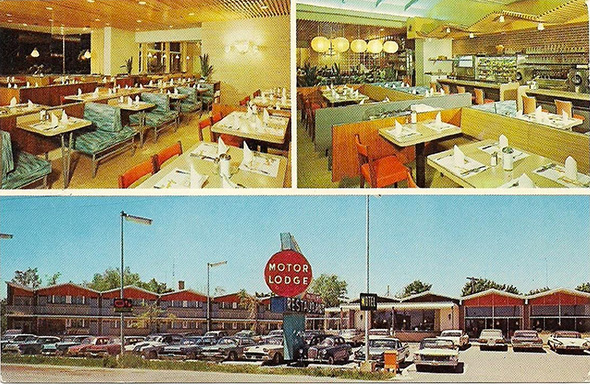 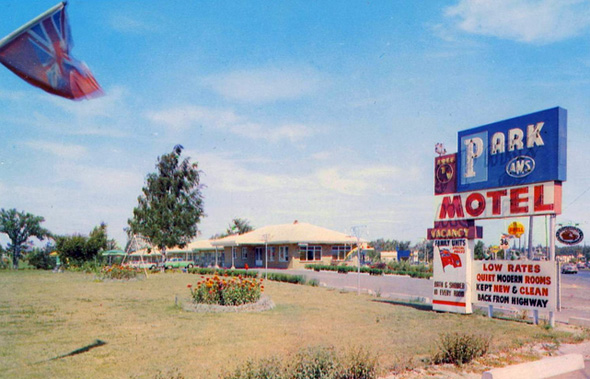