5 highlights from the 2014 TTC customer charter

The TTC Valentine's Day message to riders: "I promise to change, please don't leave." Yesterday, the transit operator released its 2014 customer charter, a list of 39 promises to be delivered by December that it says will improve service and overall reliability.

"All 39 of these promises are over and above the basic service offering," says TTC spokesman Brad Ross. "What we hear from our customers time and time again is reliability and punctuality, and that's our first bullet point in the promises: that streetcars, buses, subway will be reliable and on time."

In addition, if all goes to plan, there will be more ways to pay for a ticket, new subway and surface vehicles, and an improved overall look for TTC signage. Here's a quick breakdown of what's in the pipes for 2014. 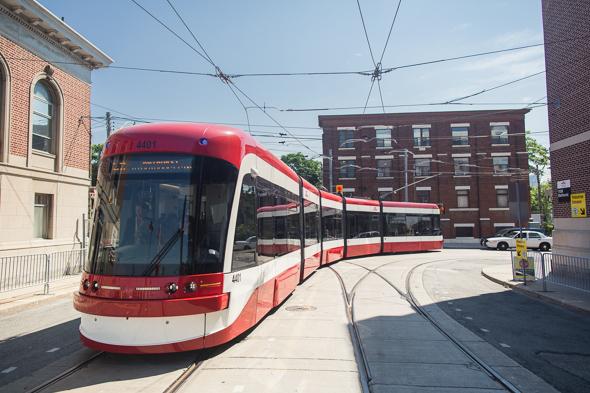 The Yonge line - or Line 1, as the TTC is now branding it - will be serviced by serviced entirely by new Toronto Rocket trains by the end of the year, meaning the remainder of the older trains with the red interior will be shifted over to the Bloor-Danforth line in 2015. More of the oldest trains, the ones with orange doors, will be retired.

The 510 Spadina will be the first route to get new streetcars on Aug. 31 this year. Bathurst and Harbourfront will arrive going in to 2015. Articulated buses will be on seven routes - 7 Bathurst, 29 Dufferin, 36 Finch West, 63 Ossington, 6 Bay, 85 Sheppard East and 53 Steeles East - by December. 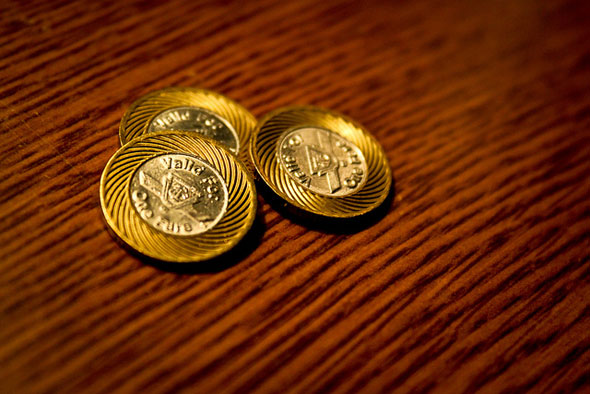 Subway stations will accept credit and debit cards for more fares - likely larger denominations of tokens plus weekly passes, and Metropasses - starting in Spring, though it's not yet clear what the minimum sale will be, says spokesman Brad Ross. That means fewer trips to the ATM but perhaps a longer wait at the fare booth. Pass vending machines will also start accepting credit cards, the TTC says.

Presto readers will be added at just three new stations, continuing the interminably slow rollout of the province's electronic fare card. That said, the new streetcars come with readers as standard, so that's something. "The big push will be through 2015 in terms of stations," says Ross.

"There's an old joke, not so much any more, but three years ago, that there's only two organizations that operate in cash - organized crime and the TTC. We've moved away from that, and that's something people have demanded." 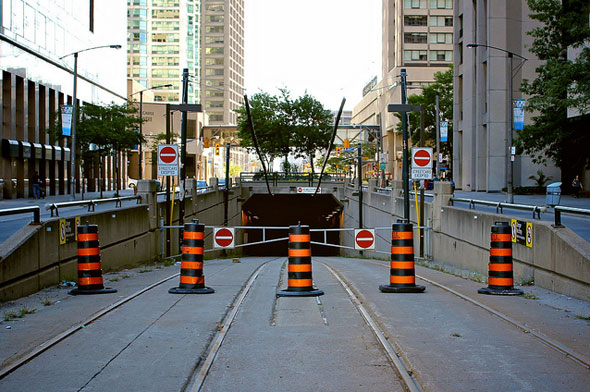 The TTC will start work on second exits at Wellesley and Woodbine stations in 2014. St. Clair West and Lawrence West will get new elevators, accessible fare gates and automatic sliding doors at the entrances to the stations. Currently fewer than half of the subway and RT stations are wheelchair accessible.

The Union station second platform project that has resulted in a giant hole in Front Street will be finished in the Fall. When it opens, University and Yonge line trains will each have a dedicated platform, reducing pressure on the narrow area between the two tracks.

"The rest of Union station, the mezzanine level, and we're just talking about the subway station only, is in time for the Pan Am Games in 2015," Ross says.

The charter also promises to fix broken wall tiles in four stations and upgrade the speakers in five in an attempt to make customer announcements audible over background noise. 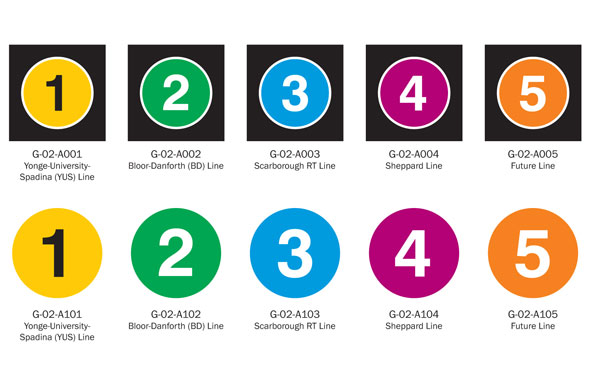 Bloor-Yonge and St. George stations will get new signage in March that will officially begin the process of numbering to the subway and future LRT lines and implementing a raft of other visual changes. If feedback is positive, the TTC will roll out the designs across the system.

Also, the tweaked bus poles and system map on the Wellesley bus route will be evaluated and possibly expanded during 2014, depending on the results of a customer survey.

Staff, including janitors, will be dressed in the long-awaited new uniforms by Summer. In August, staff complained preliminary versions of the polo shirts and baseball caps looked too much like the Montreal Canadiens uniform.

Stations will be given a good blast with a pressure washer every Spring and Fall. Graffiti, gum and other detritus built up during the Winter and Summer will be given special attention. 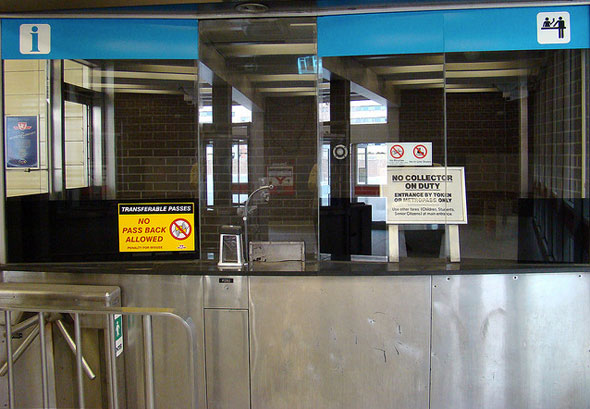 The TTC will continue to publish daily and monthly scorecards, rating actual bus, streetcar, and subway service against what is expected. "We won't hide from our mistakes. If there are problems with our service, we will be clear about what happened - and what we are doing to fix it," the charter reads.

The customer service department also pledges to answer the phone in under two minutes. "99 per cent of complaints filed with us will be addressed within five days and reviewed and responded to within 15 business days."

What do you think of the new details in the customer charter? Are you optimistic for 2014?