What the press corps used to look like in Toronto

If there was a glory period for print journalism, it would likely be the years captured in this photo collection recently posted by the Toronto Archives. Forget Twitter, this was a period before SLR cameras, when press photographers would cart around large format Speed Graphic cameras secured to unwieldy tripods all about town in search of the next big story. Newsrooms were smoke-filled places occupied almost exclusively by tie-clad men furiously typing away in an effort to hit hard deadlines.

As popular as it is to bemoan the state of journalism nowadays -- an act that always involves some underlying and tortured nostalgia -- another way to approach the subject is to track the various ways in which the enterprise has changed over the years. Toward that end, here's what it used to look like (the first part of the story).

These photos offering a fascinating if altogether brief glimpse into the newsrooms of the past, which are visually alluring at the very least. There's a certain unspoken optimism on display here that's easy to spot if you look at the expressions on the faces of the reporters and photographers captured below. The changes on the horizon don't exist in these men's minds, and their enthusiasm for the profession appears unbridled. 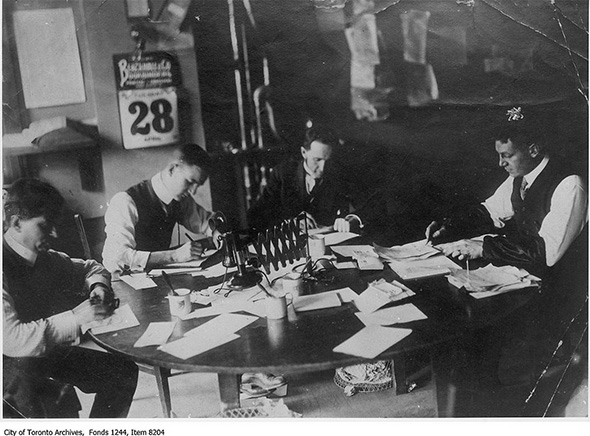 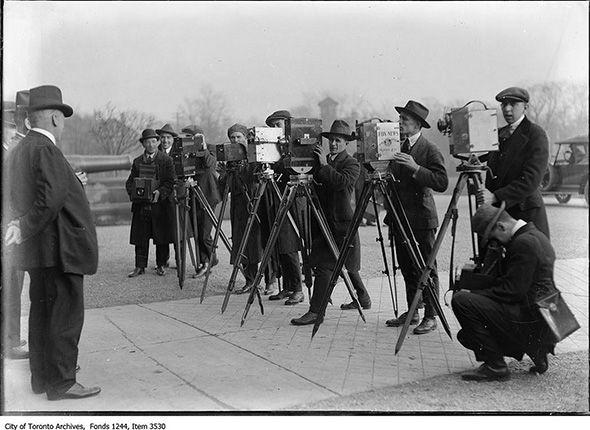 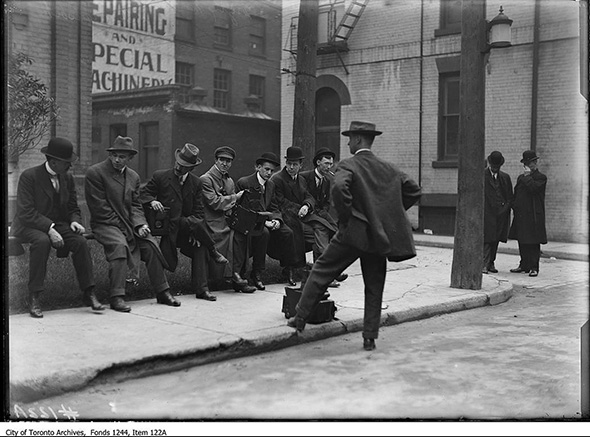 Reporters waiting for a story, 1915 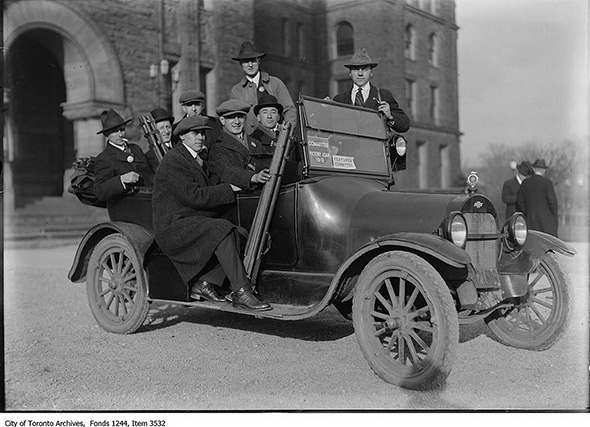 Press members crowd into a Chevrolet, 1919 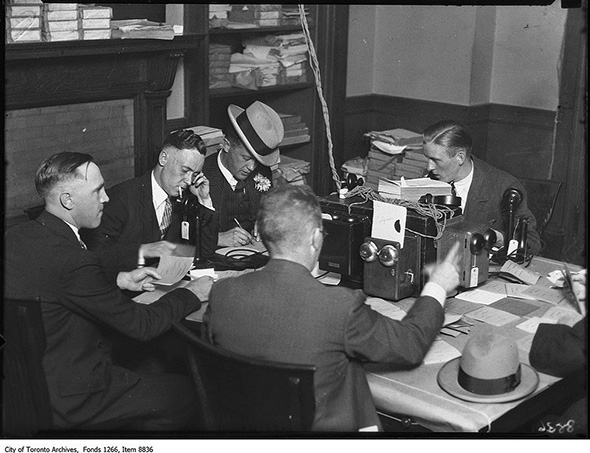 City Hall on election night in 1926 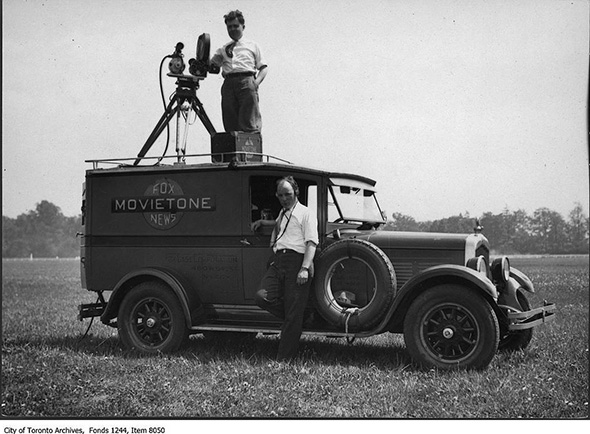 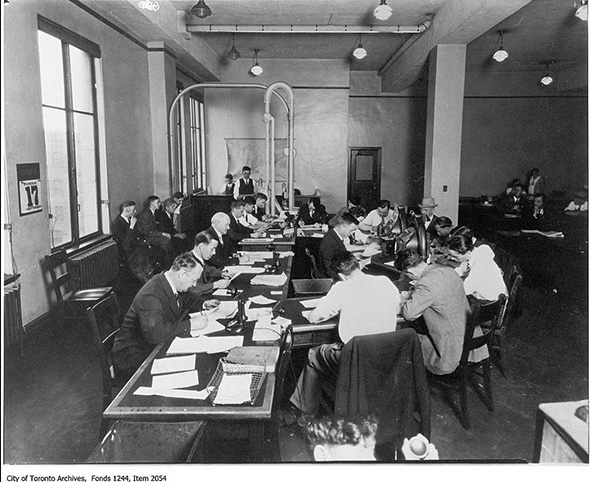 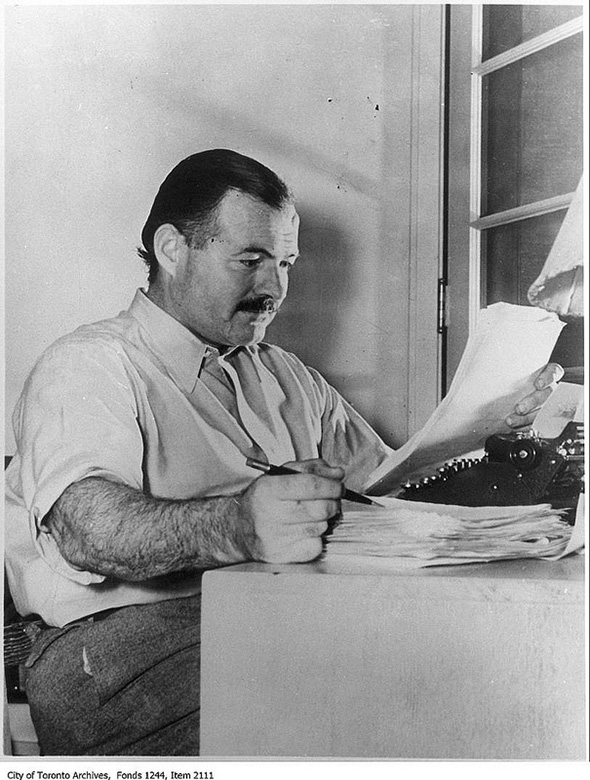 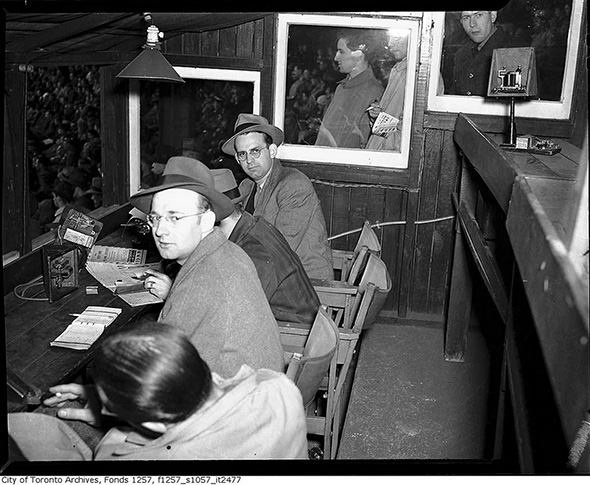 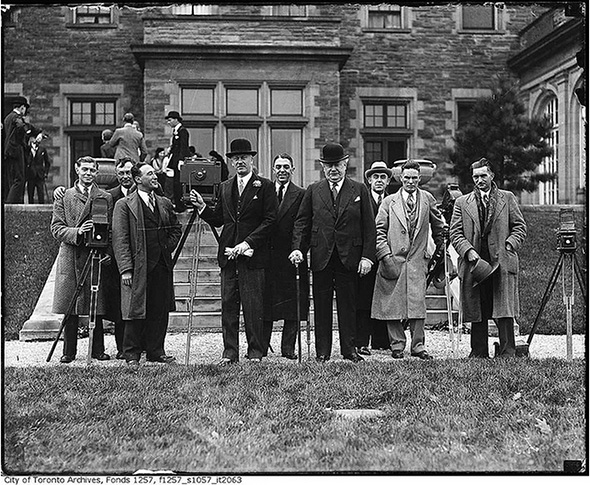 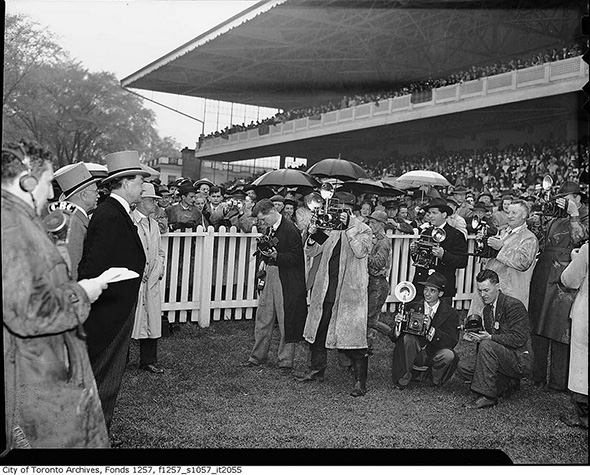 Photographers at the track in 1946 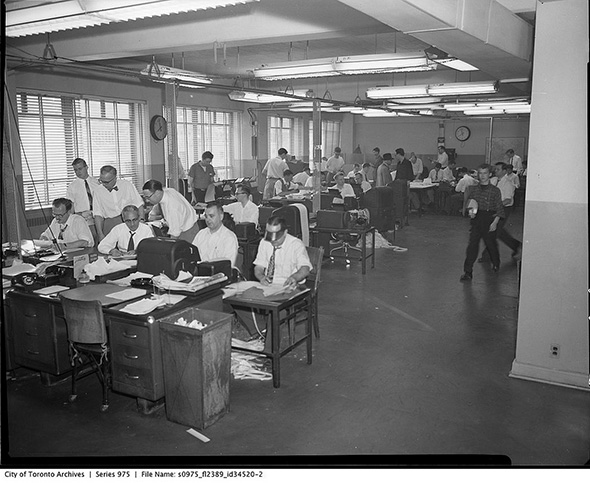 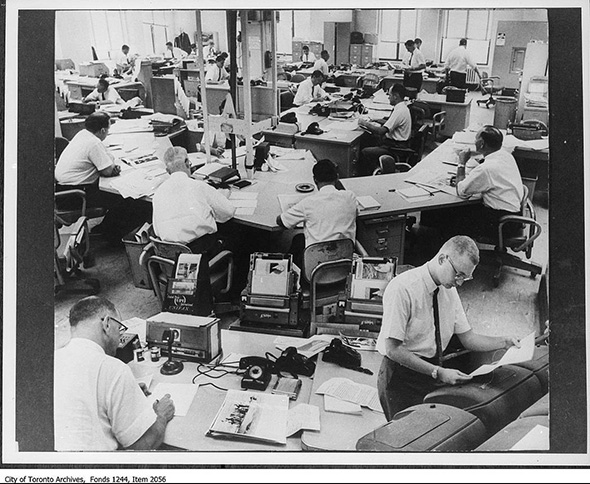