That time the CN Tower was on a Romanian stamp

The CN Tower had its day in the sun over Romania thanks to something we think about less and less - the little picture on a stamp. Once upon a time snail mail was a huge deal in Toronto, but as it goes out of style (RIP) so will the stamps we kissed for good luck.

Yet in 1996 long before philatelists (stamp collectors, duh) had an inkling of how doomed their passion could become, something called the International Philatelic Libraries Association (IPLA) formed in Toronto at a party called the Capex 96 (the 1996 Canadian Philatelic Exhibition). And what a party it was - forty-five philatelic reps from twenty-five libraries in Canada, France, England, Germany, Finland, Cyprus, South Africa and more - including, one must assume, Romania - attended. Crashing a stamp convention is definitely on my bucket list. 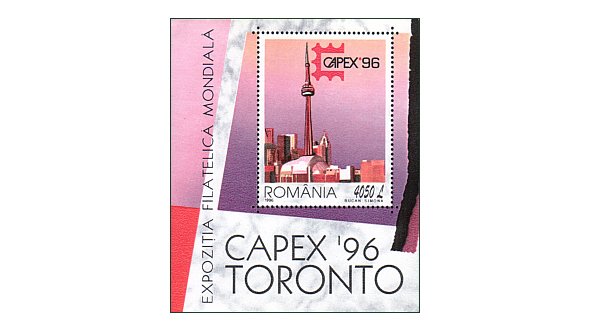 No record currently exists as to how crazy Capex 96 got (possibly a testament to how crazy things got), but Romania must have had fun because its Toronto-centric stamp is probably the best ever to feature this fine city, though we've posted some others below. They didn't even feel the need to add superfluous mountains (see below) or cute kitties.

Apparently the International Philatelic Libraries Association is still active on every continent, but if it is they must do all their business by snail-mail because their Google presence is almost enviably negligible. IPLA, what's up? Someone must remember this party.

As for other Toronto-centric stamps -- while the CN Tower also rather mysteriously appears surrounded by mountains on a Liberian $15 stamp from 2001, Toronto's urban landscape hasn't made an appearance on many Canadian stamps to date - that honour seems most often to go to Canada geese, Parliament Hill, and (ugh) the queen - but the Spadina streetcar was featured in 2013 as part of Canada Post's "Chinatown Gates" series, and a few others have popped up, including a Millennium Collection stamp that featured the good old CN Tower itself.

Here are some of Toronto's other philatelic appearances. You can also check out some (mostly terrible) fan-made stamps here on Zazzle. Obviously we at DrakeTO eagerly await the Drake stamp. 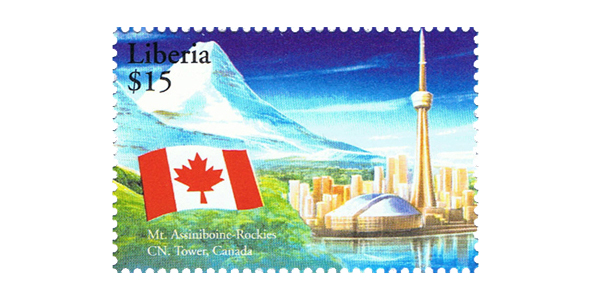 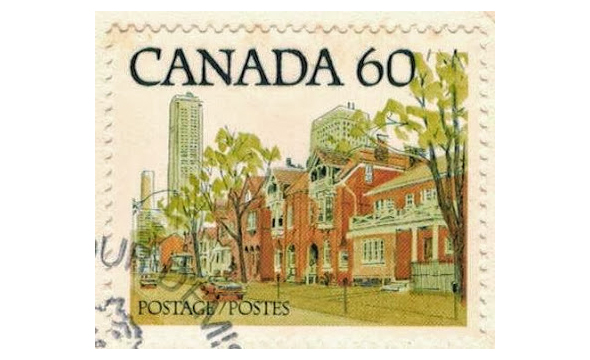 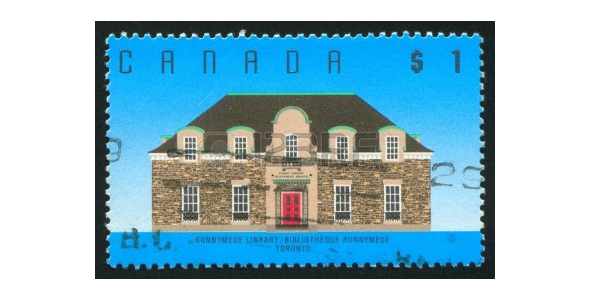 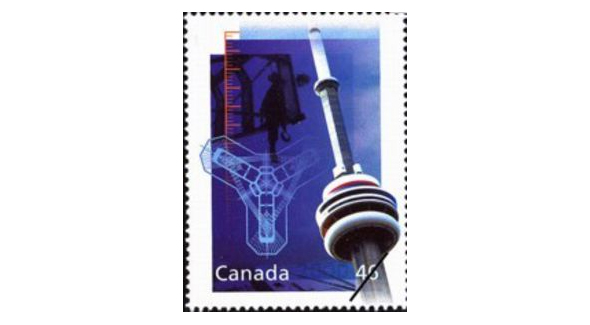 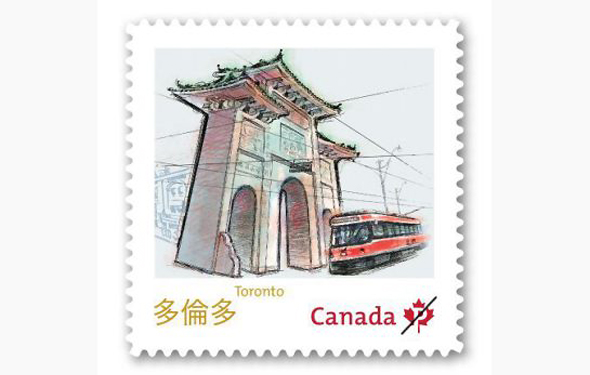 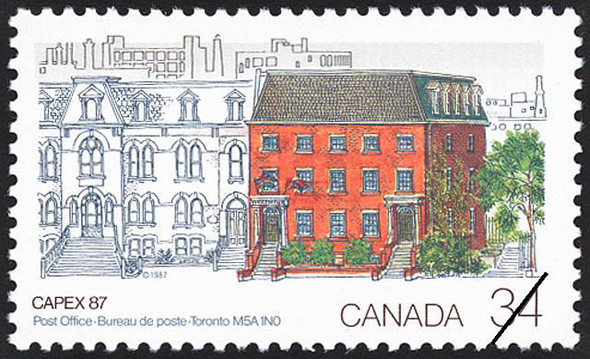