More than 1,000 people lined up at Toronto City Hall this afternoon for a chance to get their hands on a tiny nodding figurine of Rob Ford - the perfect Ford Nation Christmas gift.

It's the second time in as many months the mayor has held a charity autograph event. In November, he spent five hours signing the first batch of dolls, which wore a blue tie.

Ford arrived shortly after 12:30pm to chants of "four more years." He moved among the crowd, shaking hands and posing for photos before setting about individually signing 1,000 of the toys. Those in line who were unable to get a bobblehead were offered a signed t-shirt.

A few of the dolls, which are priced at $20 each and have a red tie, are already on eBay and Kijiji with an asking price close to $500. 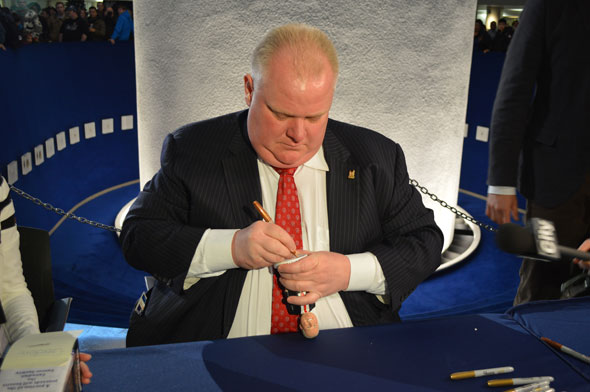 The line for the bobbleheads started snaking around the rotunda before sunrise, such is the kitsch value of the weird fundraising items. Peter Roil, the first in line, arrived shortly after 4am, he said. Others near the front arrived before 6am.

The dolls are being sold to raise money for the Canadian Cancer Society. The previous batch, which was criticized for not bearing much of a resemblance to the mayor, pulled in $12,000 for the United Way. 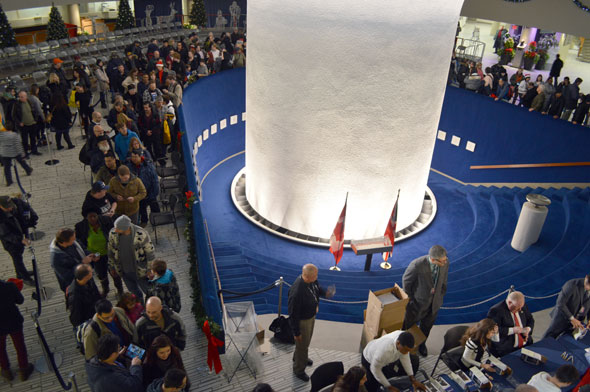 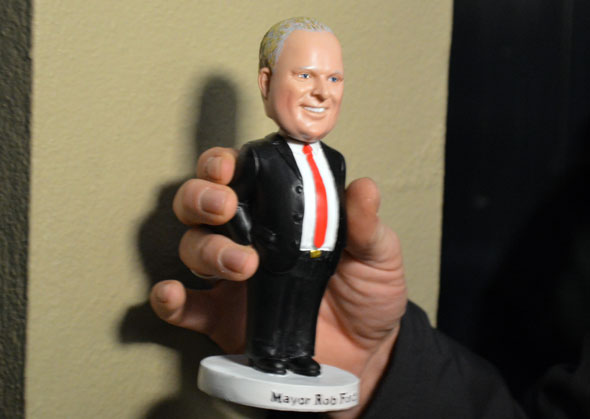 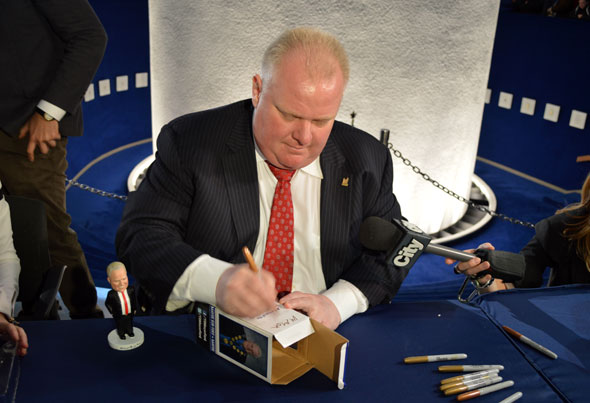 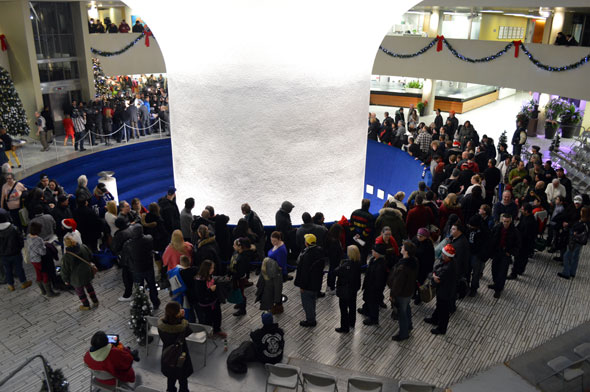