What the Toronto Santa Claus parade used to look like

Back in the first half of the 20th century when T. Eaton Co. was the sponsor, The Santa Claus parade floats were comprised of fairy tale characters and traditional Christmas scenes. The Mother Goose float - the biggest of all when it first appeared in 1917 - often took pride of place (behind Santa, of course) and was sometimes ridden by a band of musicians or clowns. 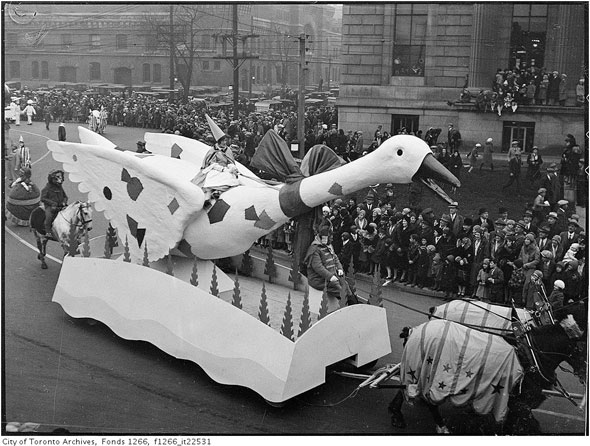 Giant toy soldiers and a group of slightly demented looking dolls were also part of the event in 1926.

The parade always ended at Eaton's, then a sprawling department store and factory where the Eaton Centre is today. Each November the company would build "Toyland," a festive paradise packed with toys, where Santa would greet city kids and hand out gifts. 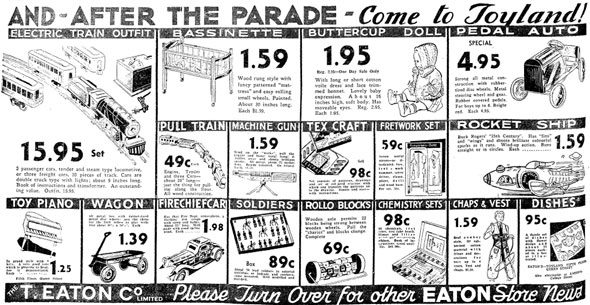 In 1936, the year some of these photos are taken, kids were tantalized in the Eaton's catalogue by a Buck Rogers rocket ship with genuine shooting sparks, a Buttercup Doll with real moving eyes, an electric train set, and a chemistry set stuffed with litmus paper, magnesium, and test tubes.

What a time to be young. 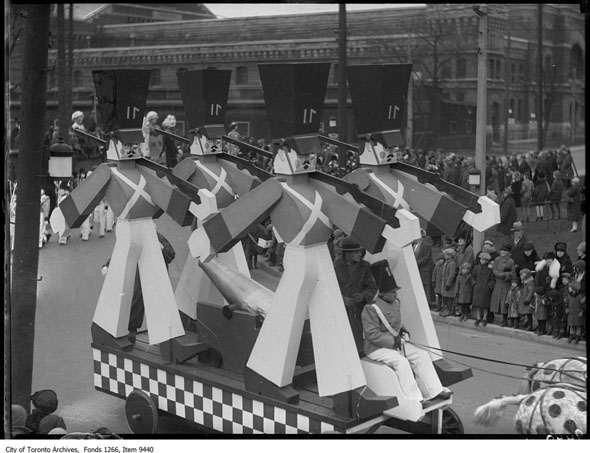 Wooden soldiers snake round a bend in a road just behind Osgoode Hall, west of current City Hall. 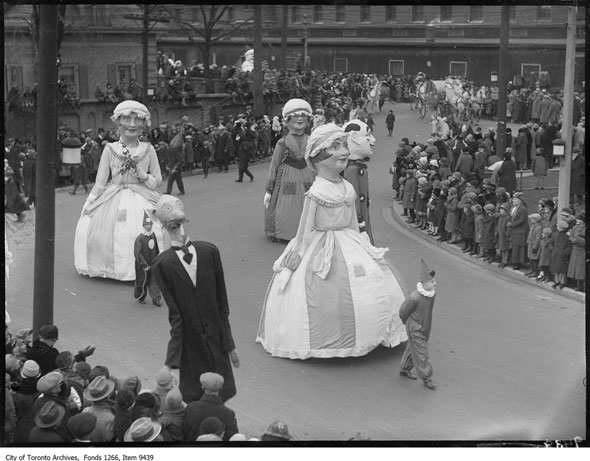 Giant wooden dolls are guided on a leash in 1926. 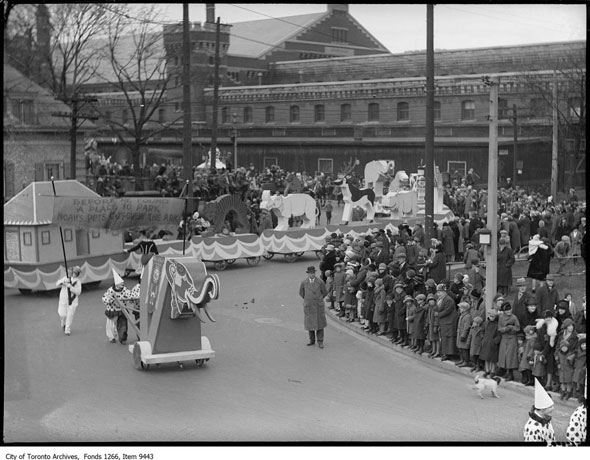 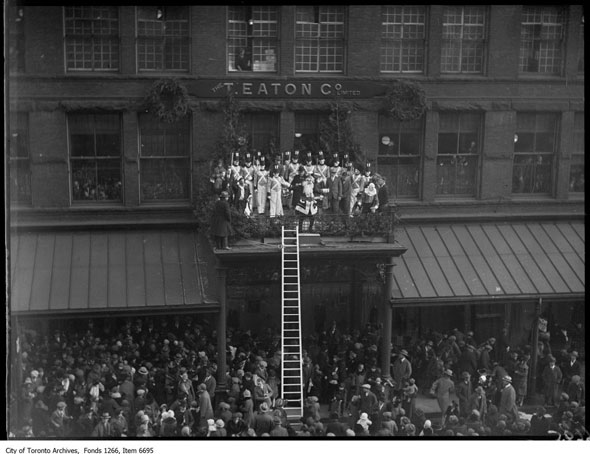 Santa, flanked by toy soldiers, greets the crowd from a balcony at Eaton's in 1925. 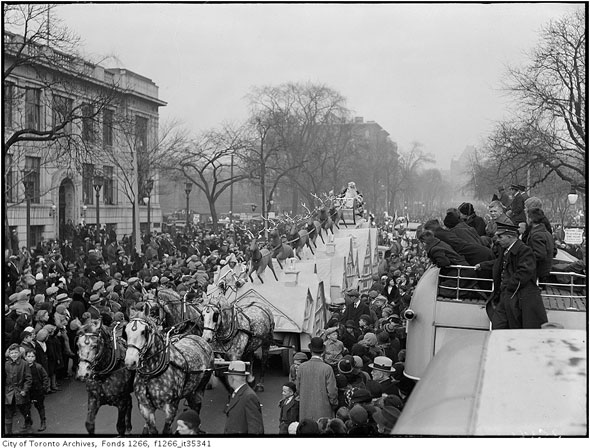 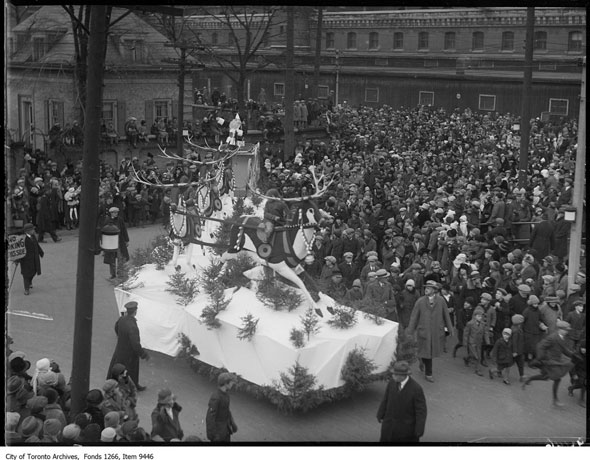