Hundreds call on Rob Ford to resign outside City Hall

At least 1,000 people have gathered outside City Hall to call for the resignation of Mayor Rob Ford. Protestors carried placards, sang songs, and banged drums, urging Ford to stand down in the wake of the latest drug revelations.

Less than an hour earlier, Rob Ford admitted he had bought illegal drugs within the last two years under questioning from Denzil Minnan-Wong on the floor of council. Minnan-Wong has filed a motion calling on Ford to step aside, which councillors are due to resume discussing this afternoon. 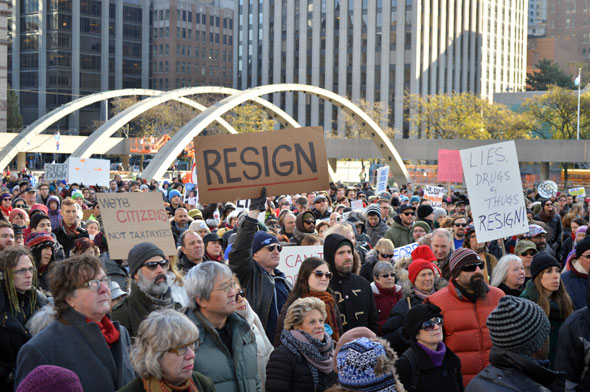 The council debate frequently threatened to boil over and the speaker had to call a recess on two separate occasions. At one point Ford appeared to be physically restrained by his brother as he approached Minnan-Wong. 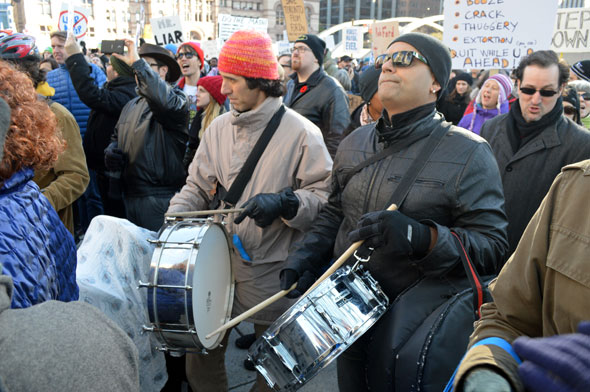 "Hey hey, ho ho, Rob Ford has got to go," people chanted as speakers addressed the crowd via loud speaker. The gathering, who remained peaceful throughout, cried "shame" when a list of Ford's transgressions were read aloud.

A circle of drummers provided a constant beat, as captured in the video above by Belong
(Susan Armstrong and Abigail Pugh). 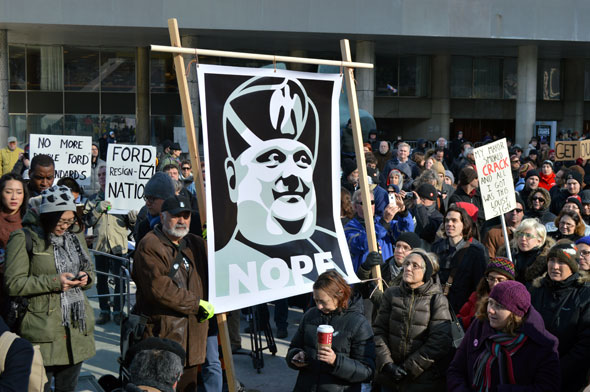 "It's time for this to stop, we need council to restore dignity and leadership to this city so we can move forward," said Jana Orac, a public policy consultant who attended the protest on her lunch break. "Enough is enough, there's been more than enough, there have been a lot of final straws."

"I work in developing countries where often we see mayors way better than this guy." 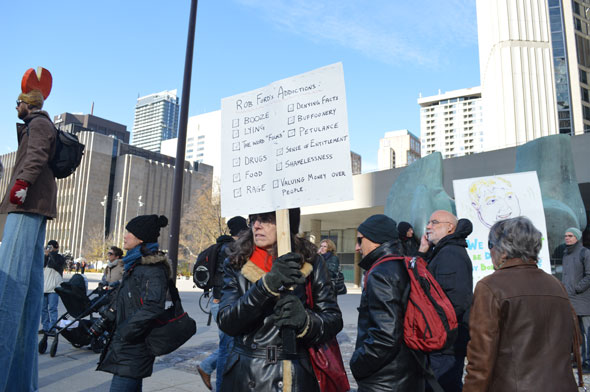 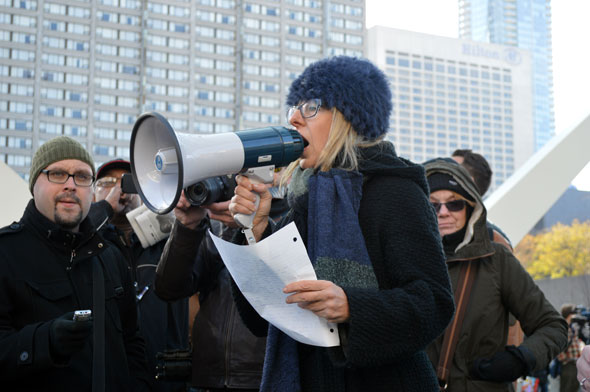 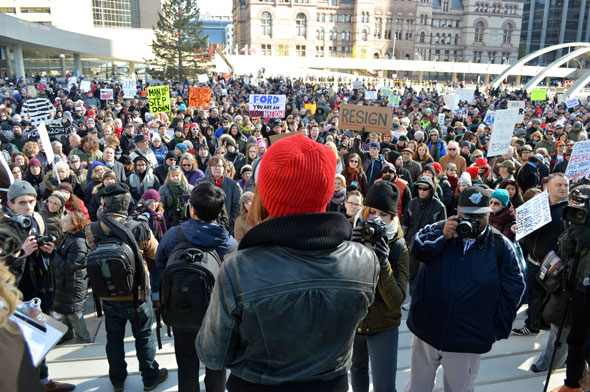 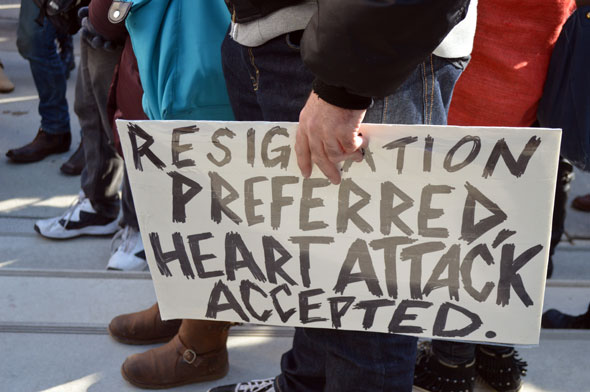 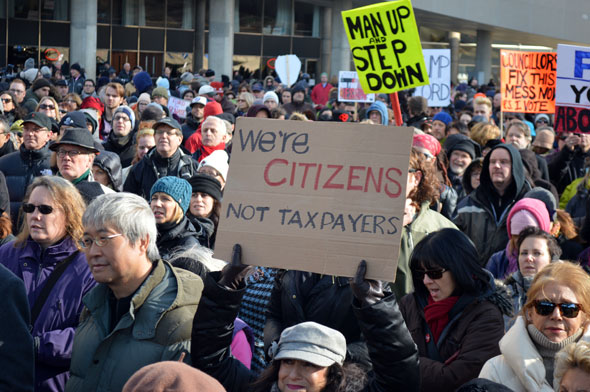 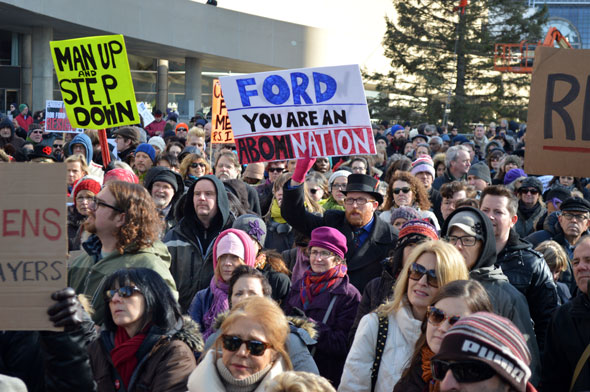 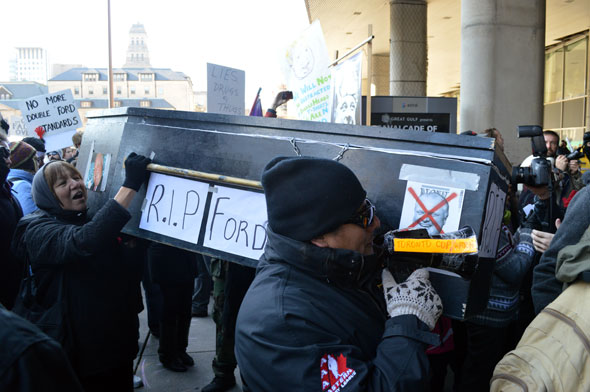 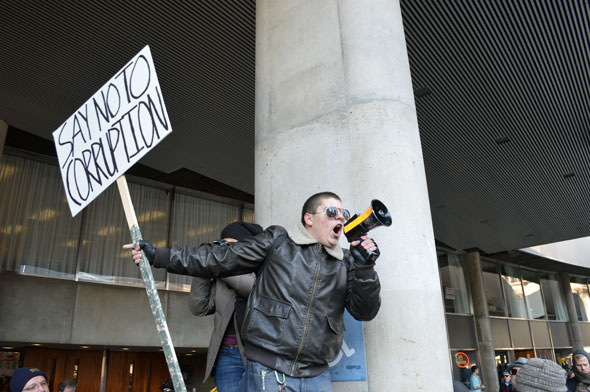 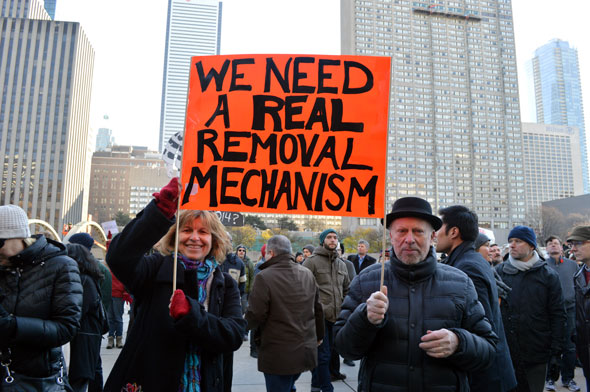 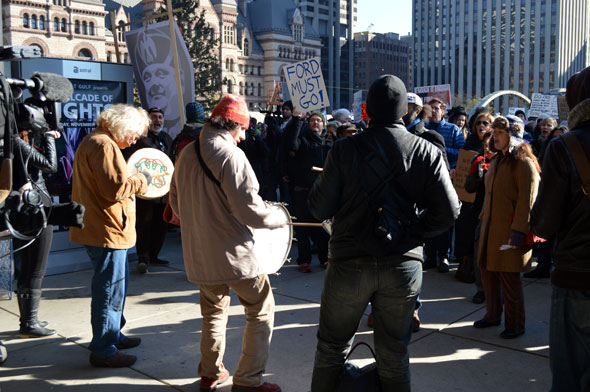 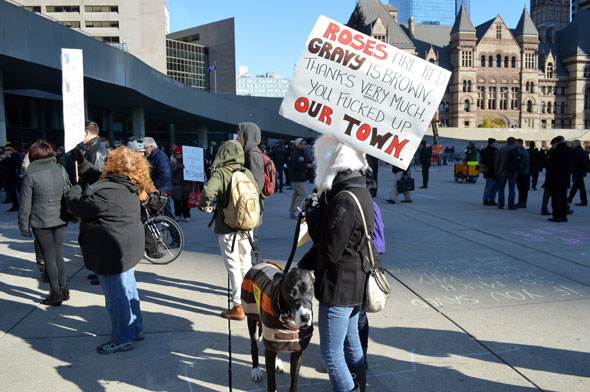 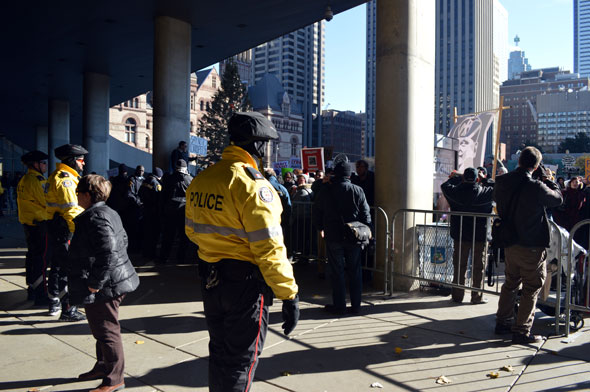