Newton Condos are the latest addition to the wall of condos south of Front Street, courtesy of Concord Adex. The project, which takes its dubious name from English Physicist Sir Issac Newton (not Olivia Newton John as one might assume), will soon be the most westerly building in the CityPlace development. Standing at a relatively modest 21 storeys over the corner of Bathurst and Lake Shore, this building, despite its arguably run of the mill design, will actually offer some of the city's most unusual Condo amenities we've seen to date.

When one often thinks of condo amenities, he might call to mid an underused party room, or a not so well equipped exercise area and the concomitant monthly maintenance fees. But at Newton you're going to be getting something a little bit different for your money. Yes the gym and party room are still there, but along with those you're going to find additions like a recording/jamming studio, a photography studio and even an arts and crafts area. Along with those features, this project even comes with some of the first kid-centric amenities we've seen in this area, including an interactive learning playroom. Will this be the new norm or are these additions a not so thinly veiled marketing ploy?

When you're not downstairs attempting to revive your music career or making popsicle stick castles, the building offers a selection of 189 units, most hovering around the 300k range. The suites start at about 507 square feet and there are even a few three Bedrooms to house families interested in condo living. 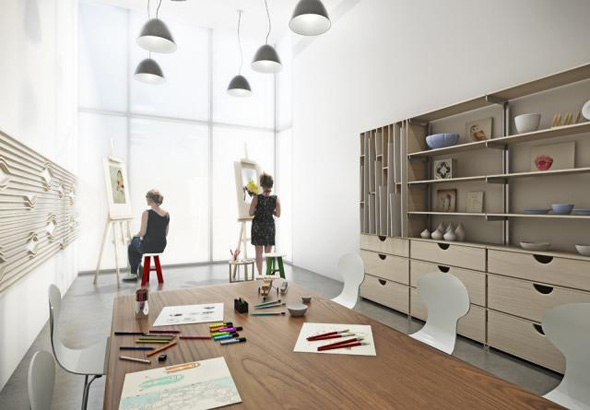 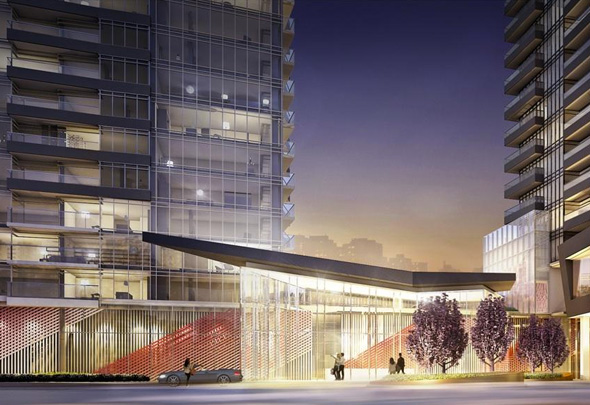 In spite of some of the easy jabs at CityPlace (poor connectivity, lack of mixed-use, inadequate local retail), this location along Bathurst is certainly better than some of the others mid-block. With a brand new library across the street, two nearby streetcar lines, a new park to the north, Fort York and the waterfront, you probably could be doing much worse. And after some of its original shortcomings, CityPlace has started to come along, with new additions like its farmers market and the Puente De Luz bridge. 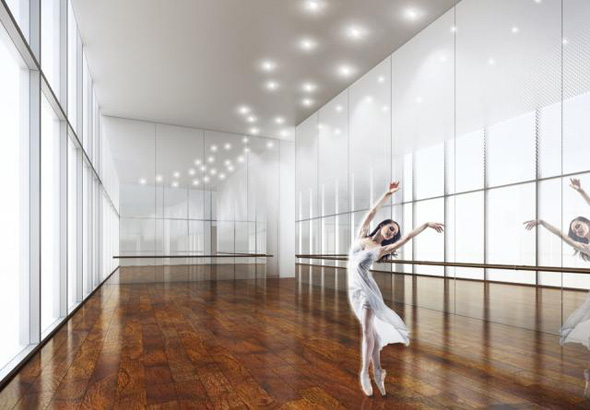 The idea that the extra amenities included here could be used for say a starving artist or a musician who can't afford space is a bit absurd. With the price tag for most of these units pushing 300K, it won't be the city's underfunded artists using these rooms, but rather the hobbyists. And given that Concord is not in the business of designing finely crafted recording studios, you shouldn't expect much out of these spaces except a chance for some fun. This won't be a place to get much serious work done.

If you're really digging this location and are thinking of buying in this building, you're going to need to consider that your maintenance fees will also be paying for these amenities, ones which a good deal of residents may never use. You're going to really need to commit to using them, or face shelling out the bucks so your fellow neighbours can keep the dream alive. 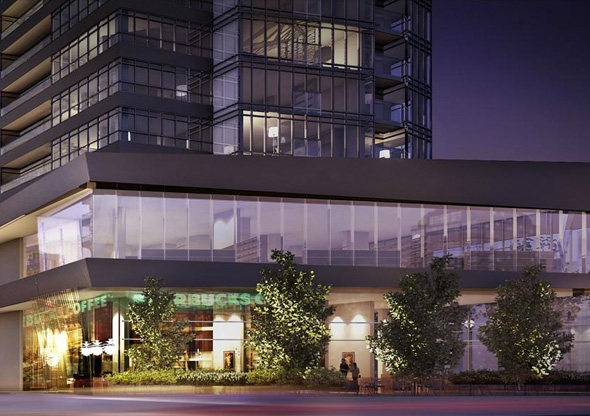 If you're actually interested in these amenities and are comfortable paying for them over the long term, this could be a pretty decent place to live. This section of Bathurst is improving year after year, so that's a big plus.

There is obviously a need for these facilities in a neighbourhood, but isn't the job a of condo to bring new residents, who in turn invigorate a neighbourhood as opposed to creating an indoor eco-system that does little for its community? 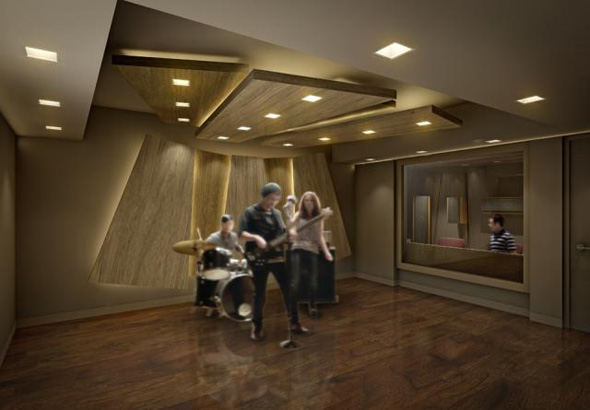