As part of an ongoing series on what the Toronto of the past looked like, I've had occasion to post galleries of grocery stores, gas stations, shopping malls, butcher shops, and even variety stores â but the thought didn't occur to me to include libraries until I recently came across the stunning photo above, which features a view of the Central Library in Toronto in 1920. That building, located on the northwest corner of College and St. George streets is now the Koffler Student Centre at the University of Toronto, and while still architecturally significant, it lacks the splendour it once possessed.

The same isn't necessarily true of all libraries in Toronto, as there are plenty of public library branches that have stood the test of time. That said, there's a certain undeniable romance to the library of the early 20th century, something ornate and rather serious. In some sense this is myth of nostalgia: libraries are as important as ever and serious research takes place within their walls, even as technology has redefined the various ways in which they operate as hubs of information.

The Toronto Public Library system dates back to 1884, when an existing library at the York Mechanics' Institute was turned over to the city to run. In the years that followed, a major boon to the growth of the library system was funds donated by well-known philanthropist Andrew Carnegie, who helped to build a number of branches around Toronto (here's a full list of Carnegie Libraries in Canada).

Over the years, the number of public libraries in Toronto has swelled to almost a 100, which has been cause for much concern from certain municipal leaders, though most recognize the crucial role that they play as community spaces throughout the city. In addition to these public spaces, there are numerous university libraries that are delightful places to read. The Trinity College Library at U of T is a personal favourite, and perhaps one of the nicest places to read in Toronto during the winter. There's something about it reminiscent of the spaces depicted below. And while not technically open to the public, it's not a particularly difficult place to pay a visit.

Also worthy of note is the magnificent library at Osgoode Hall, which you can check out each year at Doors Open Toronto. It's a stunning space, which has been preserved in pristine condition. 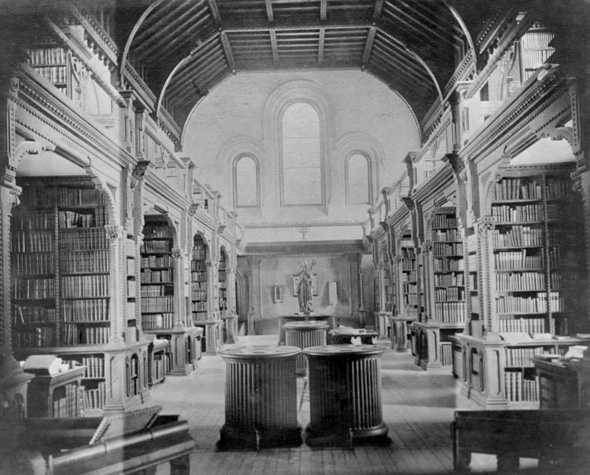 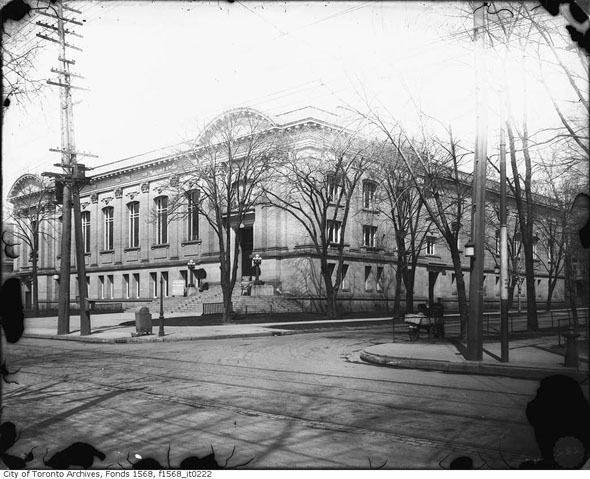 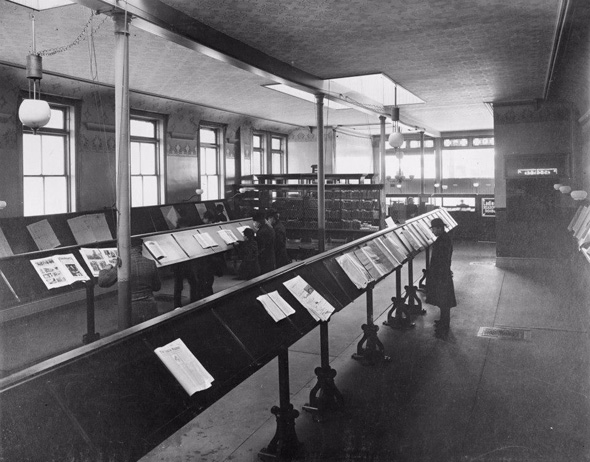 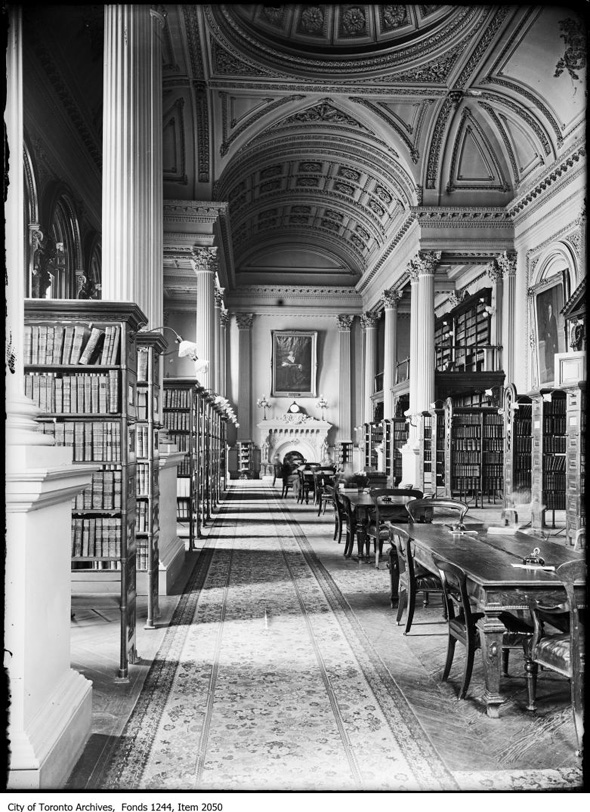 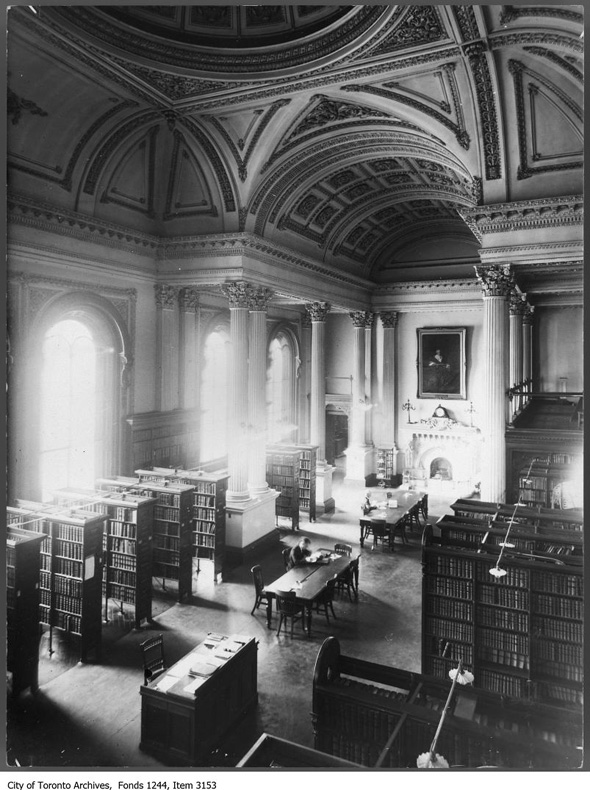 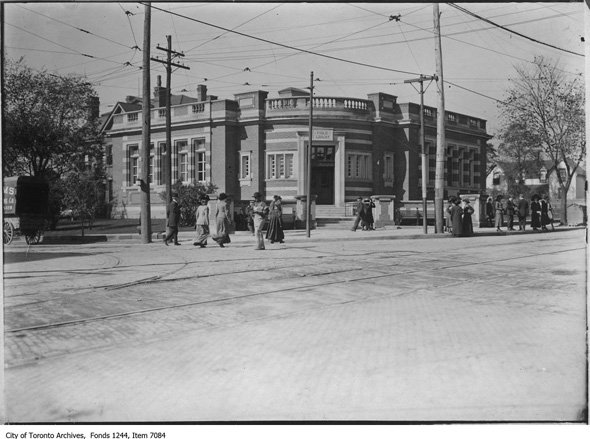 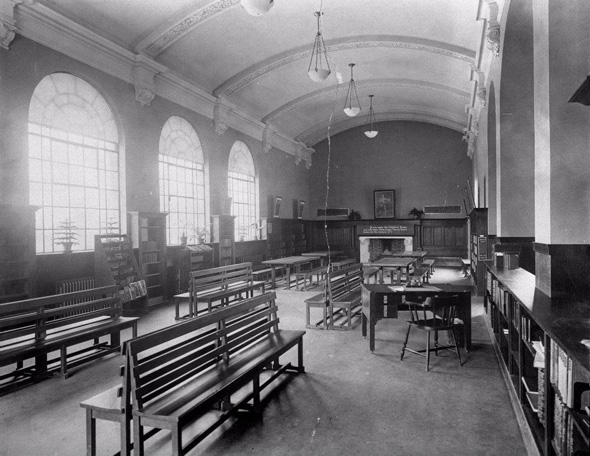 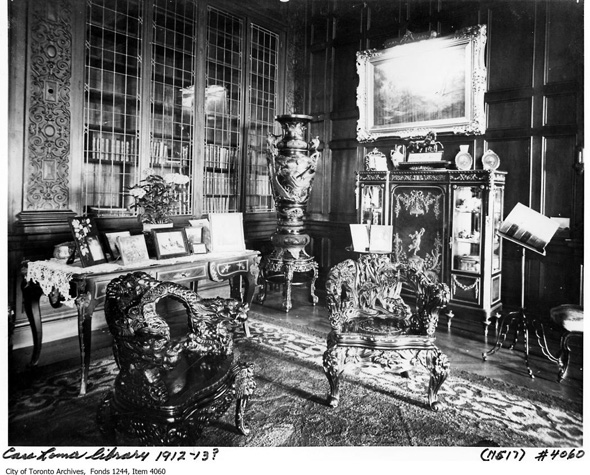 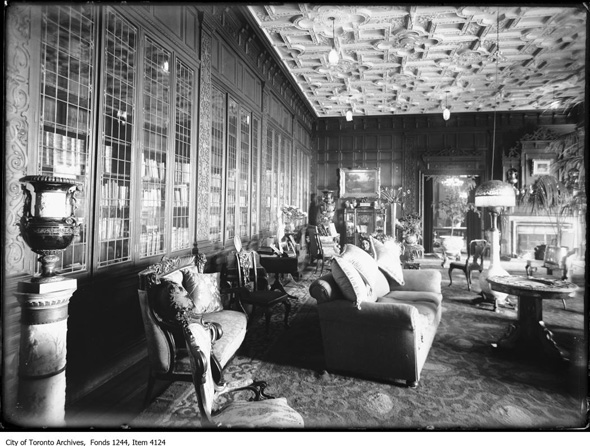 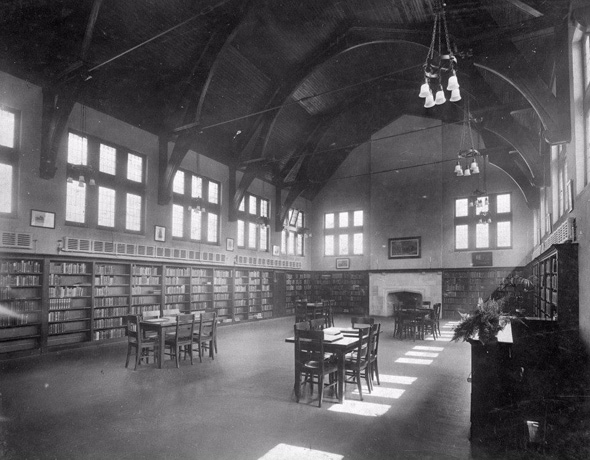 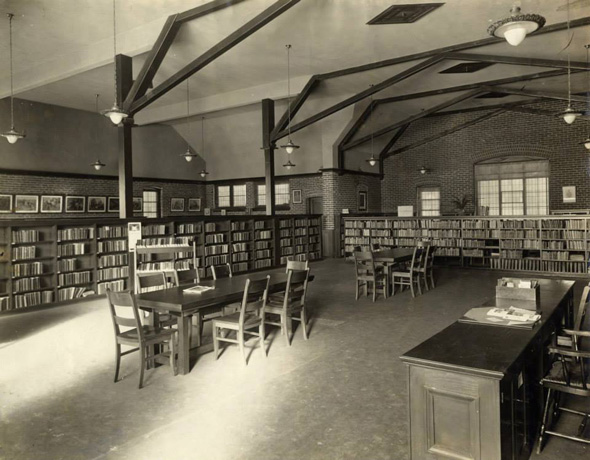 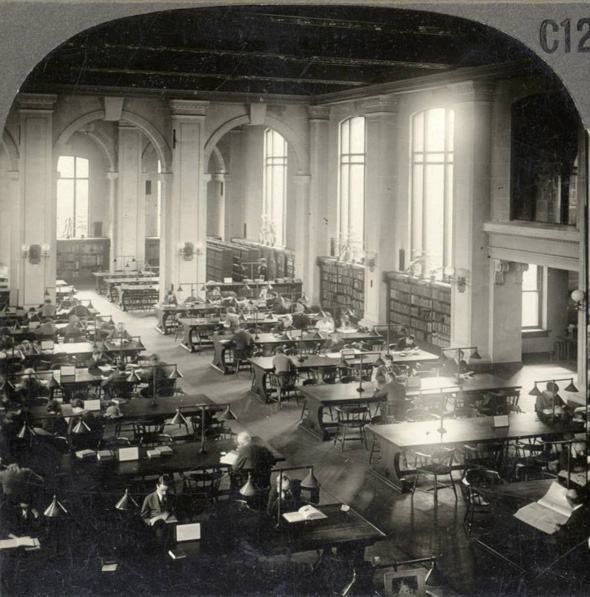 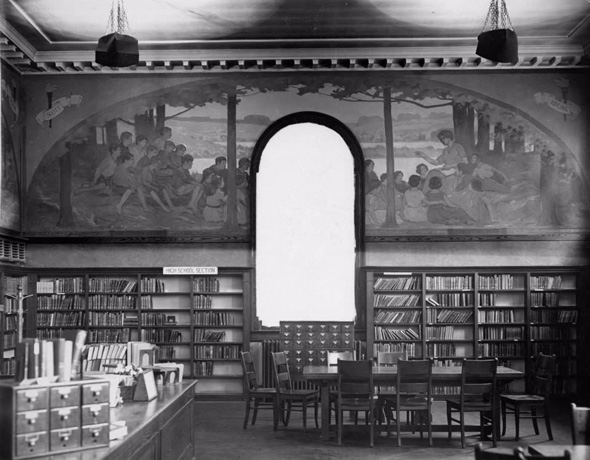 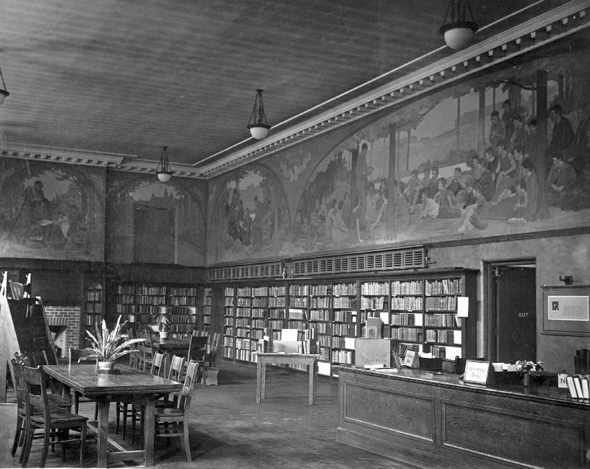 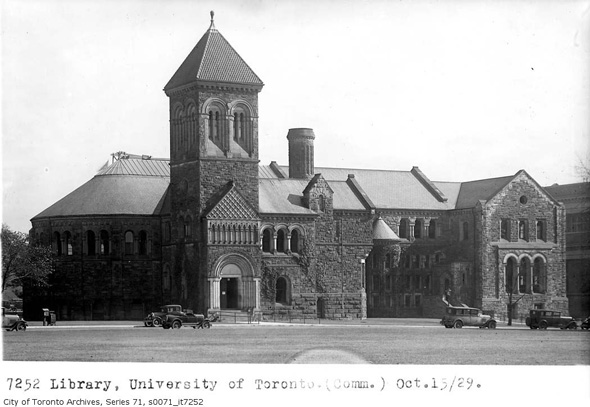 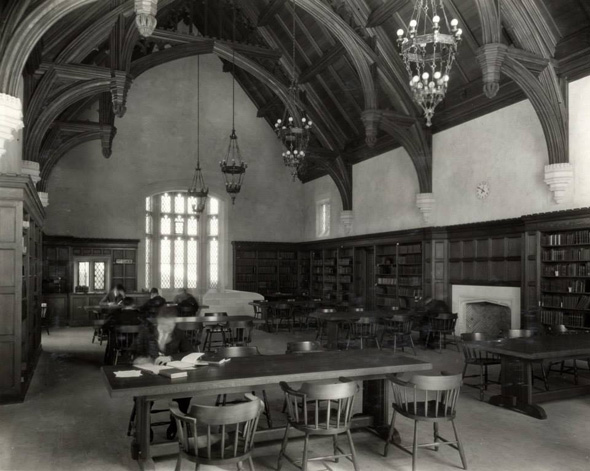 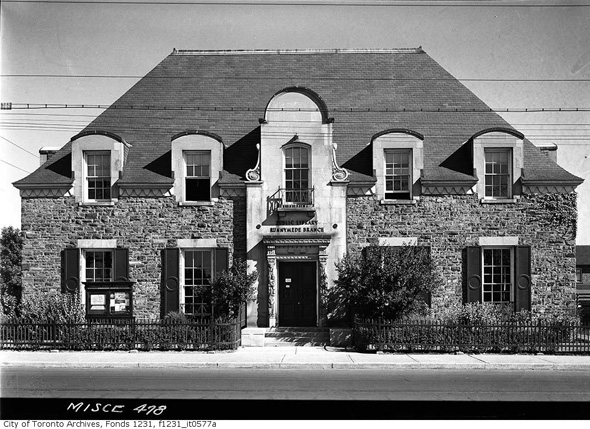 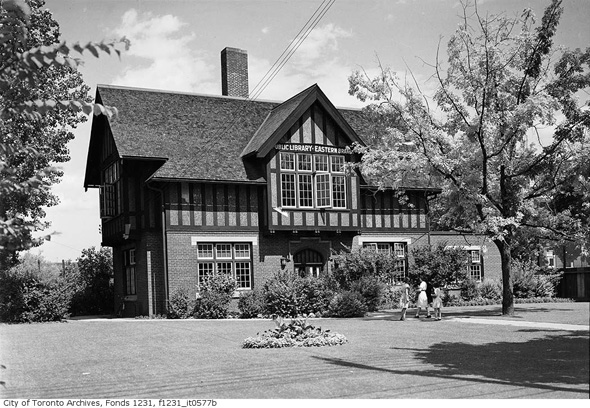 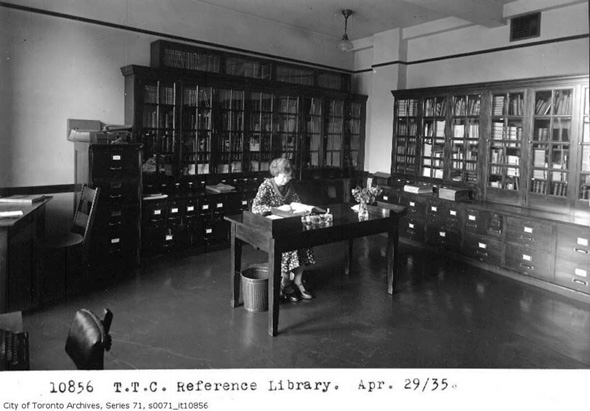