170 Spadina Those with a keen eye may just recognize this building. Last year this property was called FAD Condos. It's rare in this city that condo names find themselves relevant, but it seems in this case the name has proved fitting. After a year of negotiations with the city planning department and the surrounding neighbourhood, this development has re-launched with a new design and hopefully a more lasting name. 170 Spadina has ditched the former faux-warehouse charcoal brick exterior, sliced off about four floors, and added a lot more glass (because we wouldn't want to forget this is being built in Toronto).

Down from the original 210 units, these 162 suites still find themselves at arguably one of downtown's best locations. Located just north of Queen on the West side of Spadina, this 15 storey tower will take the place of what was once a Blockbuster. It looks like these compact interiors will be pretty similar to what we saw in the previous incarnation. So you can still expect to see the unfortunate wall of appliances as well as the ubiquitous kitchen-living room mash up.

This is probably the last neighbourhood in the city that you are going to need any amenities to keep you busy in, but just in case you get a bit overwhelmed from spending too much time on the crowded streets of Chinatown, the tower does come with a few things to do inside. Those include a party room with catering kitchen, and a gym for working off all the fun you just had in the party room. The gym is a nice addition but you don't get many better neighbourhoods for walking. It's hard to have anything bad to say when it comes to the connectivity of this area either, with two streetcar lines running right outside and a few Subway Stations not so far away. But for those betting on the new extra long Streetcars premiering on Spadina next year to take just a bit too long to arrive, there are 65 parking spots to appease the grumblers. 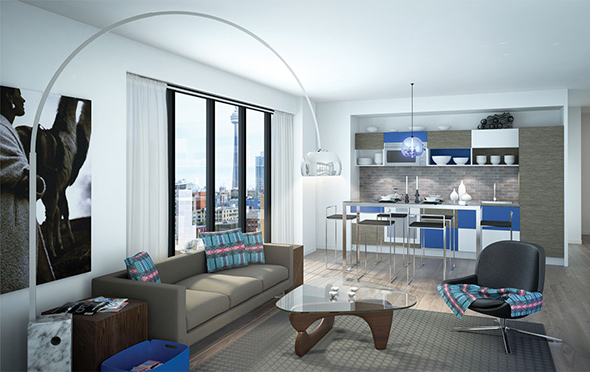 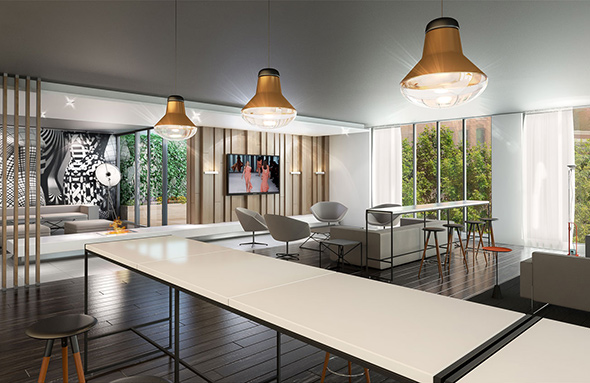 In a city where local residents battle the all powerful condo developer on a daily basis, it's a good sign when one makes a real effort to build a product that's not just for the people buying into it (even if it did take a bit of harassment from the local community). The address really speaks for itself and manages to be one of those locations that actually lives up to the developer's hype. With cheap and eclectic shopping in Chinatown, a healthy dose of DIY in Kensington, and all the pocket draining shopping you can shake a credit card at nearby, the area is really is retail central â but parks, galleries, and culture in general are also at one's doorstep. 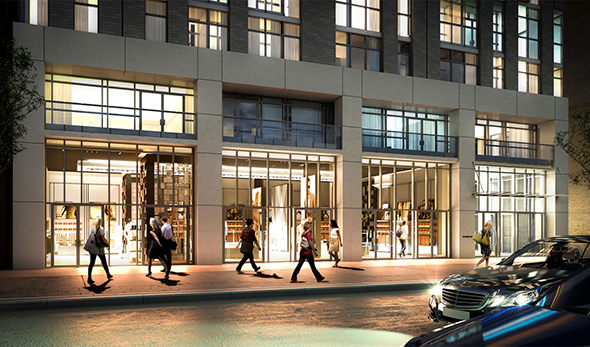 Lovers of the Golden Arches don't take this the wrong way, I'm certainly in no position to critique the fine fare of McDonalds (as much as I'd like to), but it's not a business I think many of us would enjoy being immediate neighbours with, especially given its late night popularity. Besides that one flaw in an otherwise outstanding area, the actual building (depending on how accurate the rendering is) could end up looking pretty sharp, but when you are dealing with this many different materials, the likelihood that they will all work cohesively is pretty minimal. You also need to be the type of person who likes to out and about, these unit layouts and their mini balconies don't necessarily encourage hibernation in your space.

One day this building may go out of style (hopefully not before it's built!), but living at Queen and Spadina probably never will.