By the numbers: Ripley's Aquarium Toronto

The largest indoor aquarium in Canada - a giant watery repository for all manner of weird creatures of the deep - is nearing completion at the foot of the CN Tower. Inside the new Ripley's Aquarium of Canada, there's everything from the humble and familiar carp to lumpfish, mudskippers, and tangs, whatever they are.

Combined, the live exhibits and interactive displays, all of which are stocked from farms or other Ripley facilities, contain 5.7 million litres of water, which is quite a lot. It would take you, the average Toronto water consumer, 60 years to drink, cook, and shower it away, presuming you didn't mind (and wouldn't be harmed by) a little saltwater. 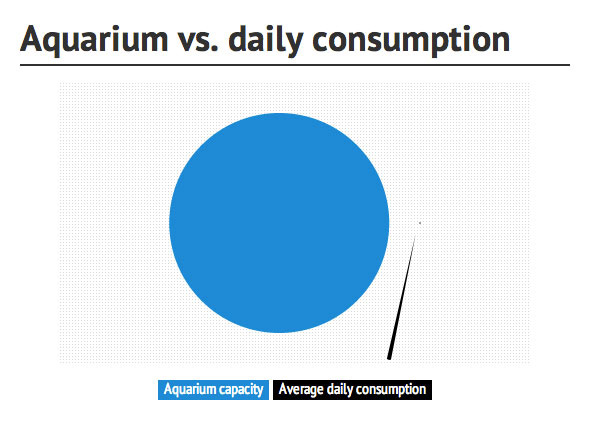 Speaking of salt, there's a lot of that, too. 253 tonnes of the stuff was dissolved in the tank's water supply to achieve an optimal salinity for each type of creature. In comparison, the city spreads 130-150,000 tonnes of salt on around 5,100 kilometres of Toronto roads during the average winter. Put another way, it would take just over 3 million of these standard salt shakers to store the aquarium's salt in a completely impractical manner. 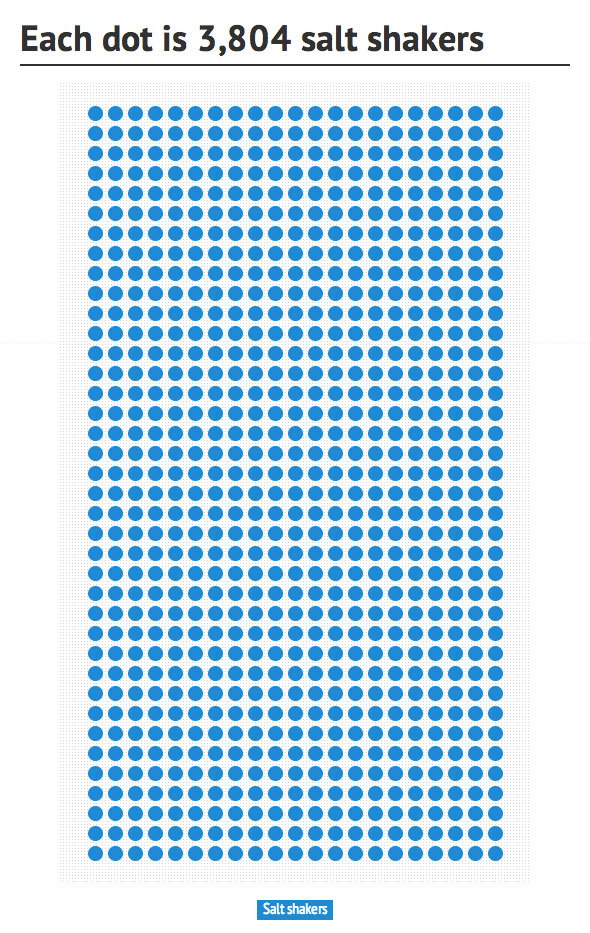 There are 15,000 sea and lake creatures gliding and lurking in all that water. If they were all riding the subway (bear with me,) the TTC would need to lay on 37 of its new Toronto Rocket trains to transport slippery crowd and give them all a seat (they don't have legs, of course.)

The largest tank is the ominously named Dangerous Reef. In this tank, which has an underwater, 96-metre linear walkway, there are a total of 17 sharks, including sandtiger, sandbar, and nurse. There's also green sawfish - a flat-headed weirdo with a hedge trimmer on its face - that's supposed to be very calm unless it's provoked or surprised.

The Grouper Grotto is home to three "extremely large" species of the big-mouthed, blobby little Pacific dwellers. The large grouper made the longest journey to Toronto. A plane took the fish from Queensland, Australia to Los Angeles where it began a 4,082-kilometre road trip to Buffalo, then a month later to Toronto. 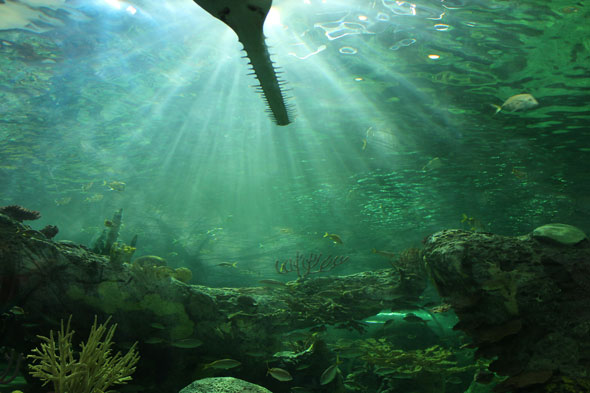 In all, the large grouper traveled more than 15,840 kilometres from its home. The over-land stretch required a specially adapted van with a 15,000-litre tank in back. As the Toronto Star reported, a second team of marine biologists relieved the crew that had driven from L.A. in Nebraska.

The aquarium also has a section for upside down, moon, spotted, and Pacific sea nettle jellyfish. The upside down jellyfish sometimes attach themselves to crabs and act as a self-defence mechanism for the host crustacean. Weird.

The attraction is expected to open later this fall.