Our previous post on 10 quirky things you might not know about Toronto has proven a popular one, so I thought I might include a few other tidbits that didn't make the first list. All of this really just scratches the surface of the many intriguing and under-noticed aspects of our city's urban landscape, but it's fun to share. And pooling our knowledge about these "hidden" features of Toronto is a great way to enrich our collective experience of the city.

Toronto's street sign archive
What happens to street signs when they're decommissioned? The city keeps them. There are over 1000 old signs in this archive, and you might just be able to buy one if you're interested. Failing that, you could also get a custom street sign poster made for you by Toronto artist, Dave Murray. 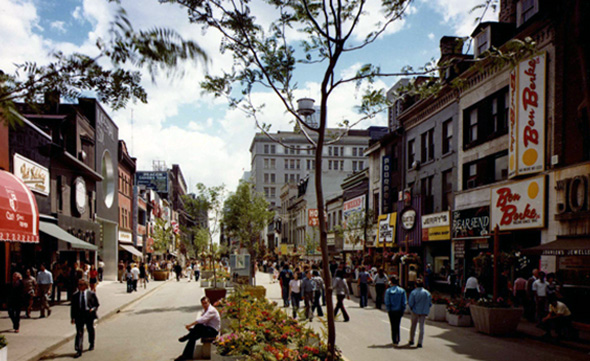 Downtown Yonge Street used to be a pedestrian mall
Back in the early '70s Toronto was a pretty forward-thinking place, at least when it came to public space. Yonge Street, between Gerrard and Wellington was converted to a pedestrian mall throughout the summer. It was a mostly successful experiment, but to become a permanent fixture, it need approval from all levels of government. The province declined. 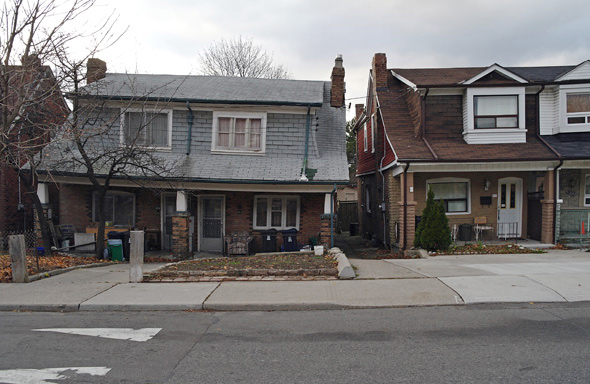 The leaning houses of Shaw Street
In my last post I mentioned the buried Crawford Street Bridge in Trinity Bellwoods Park, but Garrison creek shows other signs of its former above-ground existence. These houses on Shaw Street, for instance, have never sat quite right. One of them is currently being renovated, but it's unlikely that the current structures will ever get straightened out.

Parliament Street is aptly named
It might not seem to make sense now, given the presence of Ontario's parliament at Queen's Park, but the first iteration of the provincial legislature was located at Front and Parliament in two humble wood structures. John Graves Simcoe would travel north along the current path of the street to Castle Frank. 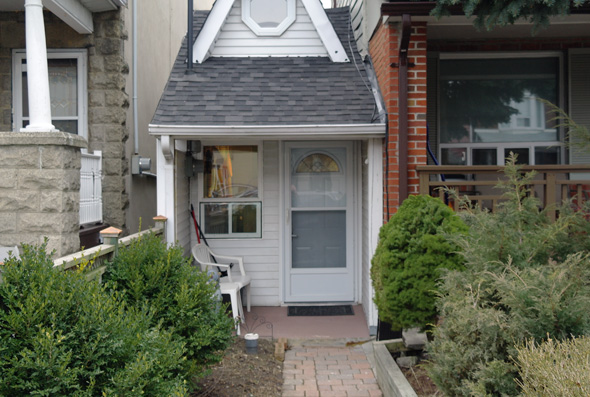 Toronto is home to one very small house
This might not be the smallest house in the world (far from it, one suspects), but it is the tiniest in Toronto. Located on Day Avenue near Dufferin Street and Rogers Road, it's a remarkable structure for its efficient layout minor footprint.

Share your knowledge of "hidden" Toronto in the comments section.