Australian Rules football is a weird game, but then so is just about everything that comes out of the world's largest island to the uninitiated. The sport, followed by the millions in its native country, combines elements of soccer, rugby, and football with a healthy does of mayhem added for good measure.

For two consecutive years in the late 1980s, the game with "few rules and no equipment" made the long trip across the Pacific to Toronto, bringing with it an enthusiasm that still continues in the city and Canada today. Footy had landed. 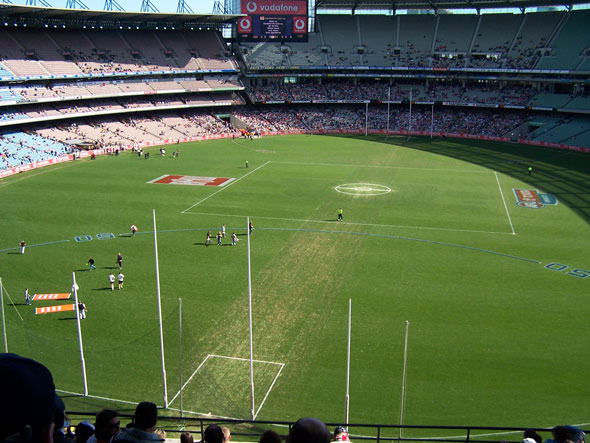 First, a little background. Like American football, players use both their hands and feet to chase down a non-circular ball. Unlike the gridiron, there are no pads, helmets, or gloves, and the game is played on a large oval pitch, making it ideally suited to cricket stadiums. The picture above was taken before a match between Hawthorn and the Sydney Swans at the Melbourne Cricket Ground in 2005.

Games are played in four 25-minute quarters and there's no extra time if it's a tie unless it's to separate two teams in a major tournament.

Still with me? Good. In the late 1980s the Australian Football League (AFL) - then the Victorian Football League (VFL) - was continuing its tradition of playing overseas exhibition matches in an attempt to generate an new markets for the country's most popular domestic game. 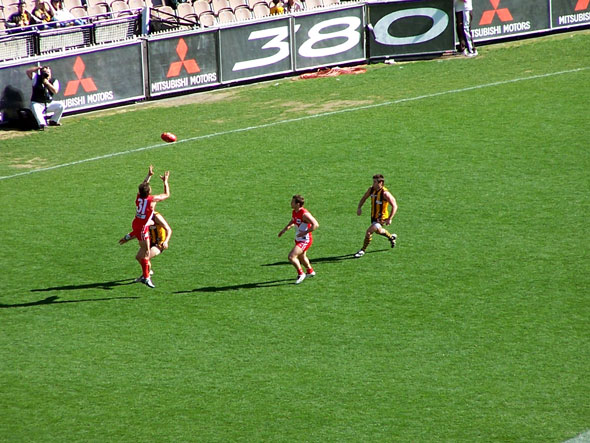 The first such official match was played between local rivals Melbourne and Geelong on a Honolulu field in front 1,500 people in the late summer of 1963. A few days later, the teams played another game in San Francisco to a crowd double the size. Sporadic games to small crowds continued until a regular pre-season tournament was established in 1986, starting with a game at The Oval cricket ground in London.

The first AFL game to be played in Canada was held at B.C. Place in Vancouver. 32,789 people attended the game - a surprising number considering the relatively niche appeal of the game - still a record for Aussie Rules games played outside of Australia. 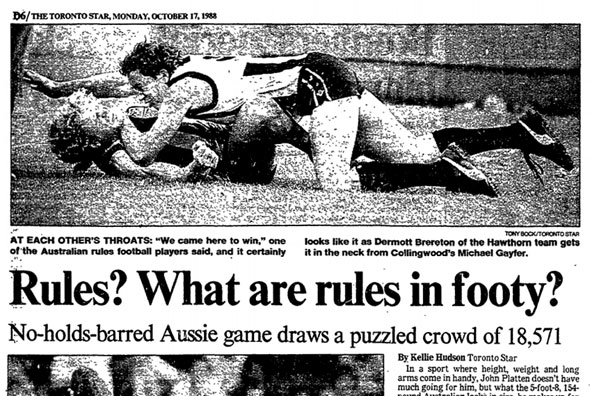 The sport landed in Toronto on the 16th October 1988 with a match between the Hawthorn Hawks and the Collingwood Magpies at Varsity Stadium. The teams were competing for the second annual Foster's Cup, a knock-out tournament to decide which team would be crowned the "pre-season premiers."

Tickets cost $14 and $18 at Varsity and TSN carried the spectacle live. In the end, the Hawks won the game 119 to 105 in front of a crowd of 18,571. Dean Cluff, a rugby player with York University watching the match called it Australian No Rules Football. "It's a little more out of control than rugby," he told the Star.

The league marketed Aussie Rules on its rough-and-tumble gameplay, a tough sell in the land of ice hockey. One advert in the Toronto Star described the sport as "the toughest game in the world ...100 minutes of bone crushing action."

It's certainly a physical game - a quick search shows players shoulder-checking, running in to each other, and dishing out concussions without the protection of helmets and pads like in hockey and other contact sports. Soft tissue, joint, groin, and tendon injuries are all common. Most players wear only a plastic mouthguard. 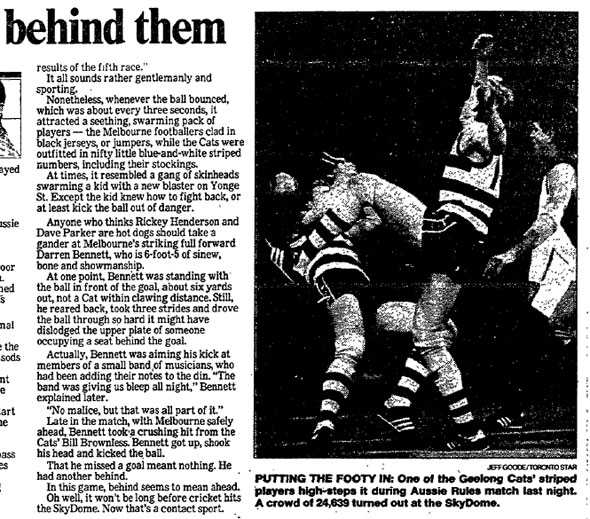 The AFL authorities obviously liked the reception in Toronto. A repeat of the Foster's Cup game was scheduled for the following Fall at the SkyDome between the Geelong Cats and the Melbourne Devils. 24,639 people turned out to watch the match, including sports writer Tom Slater, which ended in a 13-point win for the Devils.

"At times it resembled resembled a gang of skinheads swarming a kid with a new blaster on Yonge St., except the kid knew how to fight back," he wrote, bemused, in the Star. The "puzzled crowd" booed the Demons from the ball-up (the start of the game) perhaps because they were losing. The Cats built an early 24-0 lead only for the Demons to come from behind. Toronto liked a winner in the late 80s, it seems. 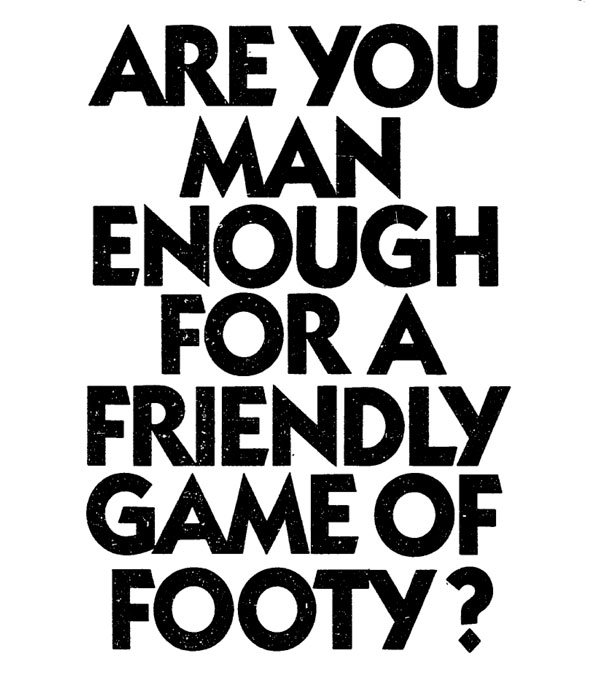 A few months after the SkyDome game, the covered stadium hosted another sport popular in Australia - this one played with a bat and ball. The West Indies played the Rest of the World, an all-star team composed of players from cricket playing nations, in the first ever top-flight indoor cricket game in the world in aid of United Way.

Unfortunately, the "Rest of the World" team was significantly weaker than hoped - many of the players had other commitments.

The Aussies took their hard-hitting roadshow back to Miami, London, and South Africa in the years after the Canadian games, leaving behind seeds of enthusiasm that gave a boost to the fledgling Canadian Australian Football Association - the official governing body of Australian Rules football in Canada.

Just before the second exhibition game, the first CAFA match between the newly-formed Mississauga Mustangs and the Toronto Panthers played for 1st Conacher Cup match in Toronto. Today, AFL Canada, as its now known, oversees four leagues, including the Ontario Australian Football League. 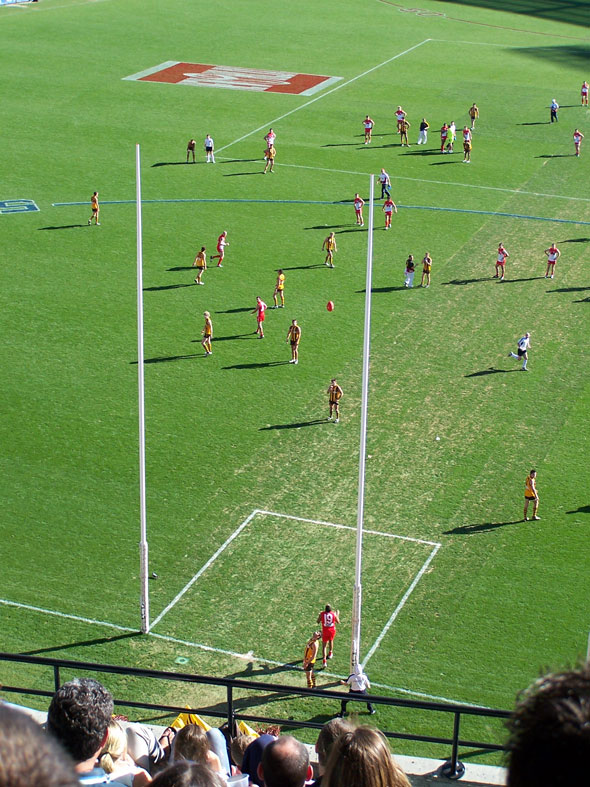 As I write, the Toronto Eagles, the most successful team in the history of the league with 13 titles, are currently leading OAFL Division 1 with 20 points. In Australia, Hawthorn - the team that played the Collingwood Magpies at Varsity Stadium - recently strung together a record 10-game winning streak.