People who want to live in the Yonge and Eg area have long been discouraged by the overwhelming lack of condo developments in the area, and have often been forced to choose another hood to call home. (Jk, jk...). Anyway, now 2221 Yonge is being added to the mix, with units already for sale. So far, the beauty of this project, which is going up in an indisputably over-saturated market, is that condos start at $199,990, which is a somewhat affordable option for home ownership in the city.

From what the renderings have to say for themselves, 2221 Yonge boasts a somewhat lackluster, condo-towery design. The architects did deviate from that a bit, though, skewing the sixth and seventh floors to allow for more sunlight on the rooftop terrace, which is a major selling point. There's also a truckload of amenities listed below which make 2221 a worthy spot to consider. 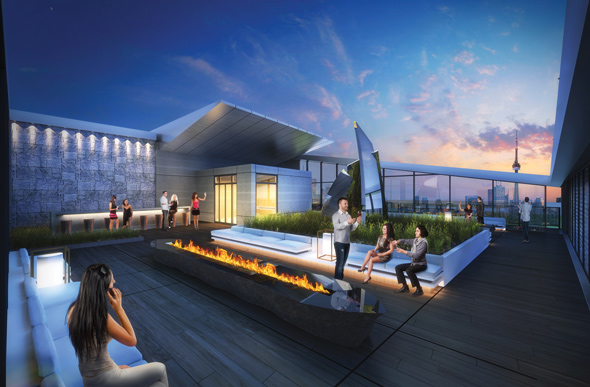 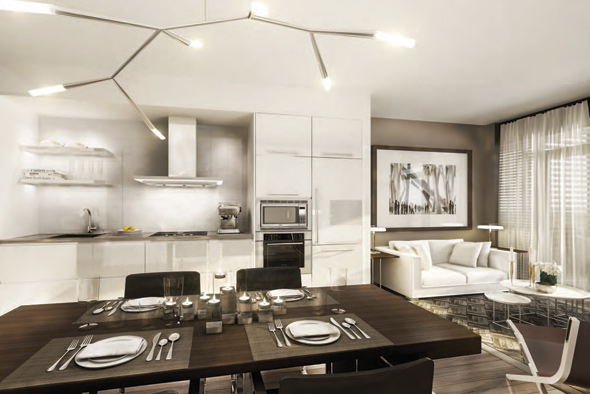 The developers of this project treat humans like little flowers. Like plants, we need light to thrive and be happy and these condos do the trick. Each of these units is outfitted with floor-to-ceiling windows and garnished by a private balcony, which provides for optimum exposure to the life-giving sun. This place is key for sun-worshippers.

Also, the list of amenities at 2221 Yonge is pretty glorious. It's almost enough to make me jump ship and sign up for condo living. This pup features a wet spa with "three separate experience plunges," including a warm pool, a hot pool and a massage pool. There's also a sauna, steam rooms and "private treatment rooms" (sex club, anyone?) to "help nurture downtime in a Zen-like environment." Developers have also put an emphasis on the building's terraces, which will have private spaces as well as room for entertainment. They'll feature cabanas, barbeques, and dining areas, too.

Not only that, but the project is affordable, and right on the subway line. 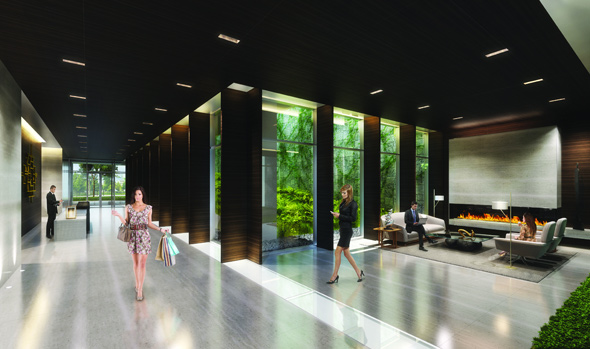 From the renderings I've seen, the units themselves look like they're going to turn out to be quite shoe-boxey. The counter space is minimal (the kitchen looks like it was built for dolls) and the living space is on top of the kitchen. Though they're not ugly or devoid of personality by any means, these condos are very much "units" from what I can see.

The other major downfall is that you'll be living in condo city. Yonge and Eg is cluttered with condo buildings as it is, and so the neighbourhood isn't the most diverse when it comes to usage or architecture. There are certainly more interesting neighbourhoods to look atâand live inâin this city. 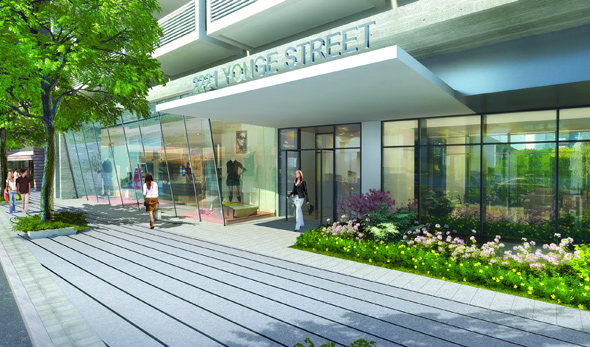 This is not the worst of condo developments. While your pad may turn out to be fairly basic (and that presumption is only made based on available renderings), you'll have all of the extras you could possibly ask for, as well as comparably generous green space. 2221 Yonge is worth a more in-depth look if you're on the hunt for affordable options.