This is where bicycles come to die in Toronto

The death of a bicycle in Toronto can come about in a number of undignified ways. It's a harsh reality that untimely accidents, mechanical failures, and abandonment potentially await even the most beloved of steeds. This spring, the city performed its annual clean-up blitz, tagging and removing the tragic, unwanted bikes left hogging lock space while at the same time filling potholes, removing graffiti, and picking up litter exposed by melting snow.

The collected bikes are sorted into two piles under the supervision of Mike Perikleous and Ken Ridgeway at the city's solid waste management division: those in good enough shape to be sold at auction and those so battered they only have value as scrap metal. The latter are typically missing vital parts or in the process of being consumed by rust. 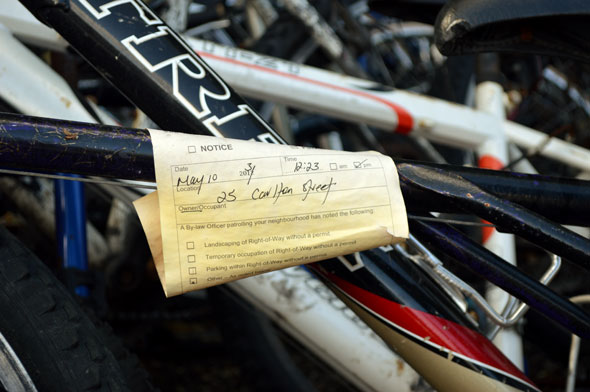 When an abandoned bicycle is reported using 311 or spotted by one of the litter operations team, the city issues a notice warning the owner the bike will shortly be removed if it isn't claimed. If the bike is still there after 7 days, the city cuts it free and holds it in storage for 60 days.

Though there's a burst of activity at the end of winter, the city tags and removes bicycles year-round.

Very few people come to claim bikes at this stage. The city averages a 1,000 removals a year and only three were reclaimed in 2012, according to Kyp Perikleous from the city's Right of Way Management team. During this year's spring clean-up, 322 bikes were tagged for removal and not one was claimed by the owner.

The lucky ones get a new chance of life at auction. "We put them in containers and ship them down to fleet services (the city division responsible for vehicles)," says Mike Perikleous as we inspect the current stockpile of disintegrating bikes. "They take 5 or 10, bunch them up, and auction them off in a bundle ... to auction them off one by one would take ages." 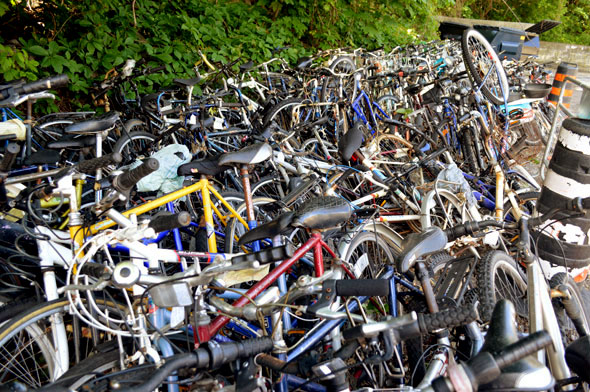 The auctions are held on the last Saturday of every month at North Toronto Auction in Innisfil. Typically the bundles go for between $10 and $30. The city received just $741.44 - roughly $3.88 a bike - in 2012 before the cost of shipping and sales commission was deducted.

The bikes that are sent for scrap fetch between 5 and 10 cents a pound. Recyclers remove non-metal parts (handlebar grips, plastic pedals, etc.) and throw what's left of the unwanted bikes into a giant shredder designed to tear apart cars. The machine separates out steel, aluminum, and other metals, and the raw materials are melted down and re-sold.

There's a chance the metal could eventually become a brand new bicycle, thus completing the cycle of life, but an abandoned junker is just as likely to end up as a can of beans or a washing machine.

Should the city re-think how it handles the abandoned bicycles? Would it make sense to donate the bikes to charity or organizations like Bike Sauce and Bike Pirates? 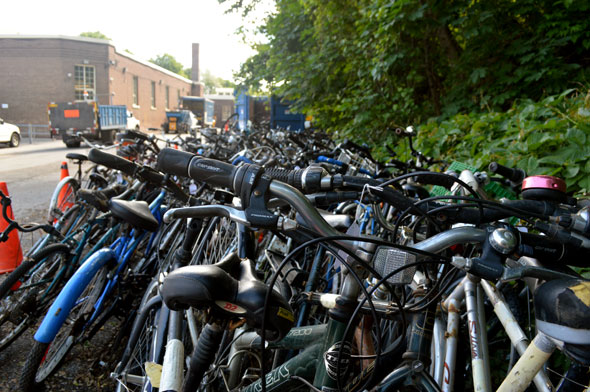 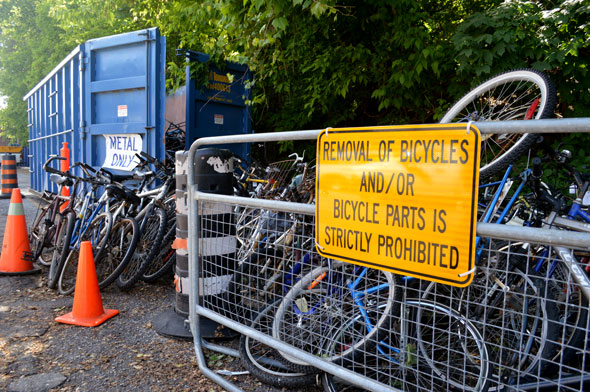 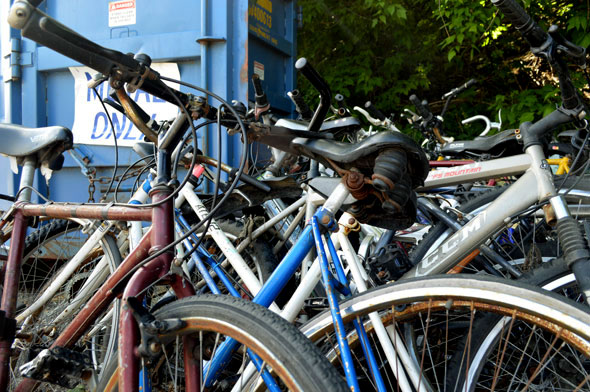 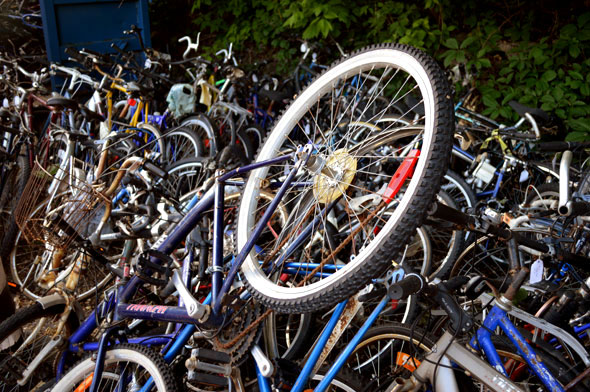 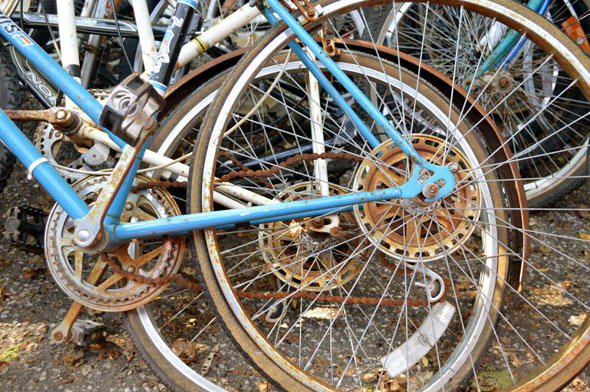