Ukulele "gangsters" descend upon the TTC

The TTC system, or at least parts of it, got a bit more cheery this morning as a troupe of ukulele-wielding self-described gangsters put on an impromptu show for commuters. Dubbed the Project Ukulele Gangsterism," the lighthearted intervention was reminiscent of some of the projects organized by Improv Toronto like the No Pants Subway Ride.

Local photographer Jason Cook stumbled on the scene at around 8:00 a.m. "A flashmob of 30-odd people with ukuleles were singing a very sweet song to morning commuters on the TTC," he explains. "It was a lovely mood booster, and everyone left with big smiles."

Organized by Adil Dhalla, who I happen to know is a big Toronto booster, the event was supported by the first CSI Awesome grant, which is a spin-off from the local branch of the Awesome Foundation. Fittingly, the song the group played this morning is titled "Have an Awesome Day." In putting the event together, Dhalla and company were able to accomplish two modest but noble goals: to shakeup the monotony of the commute and get people in a good mood on their way to work. 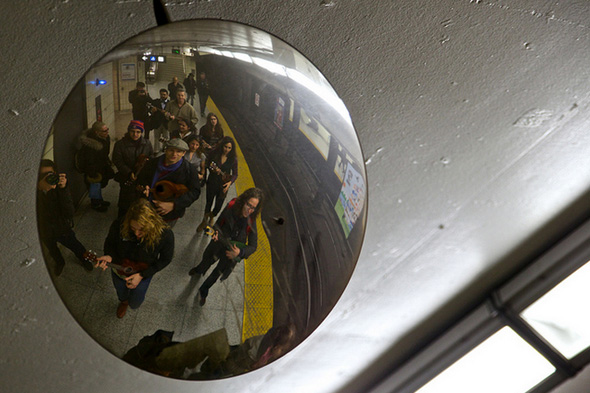 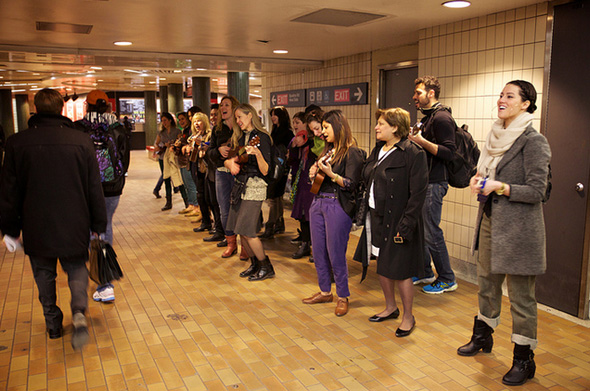 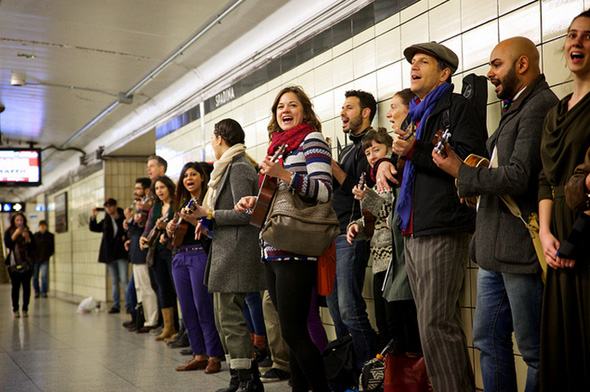 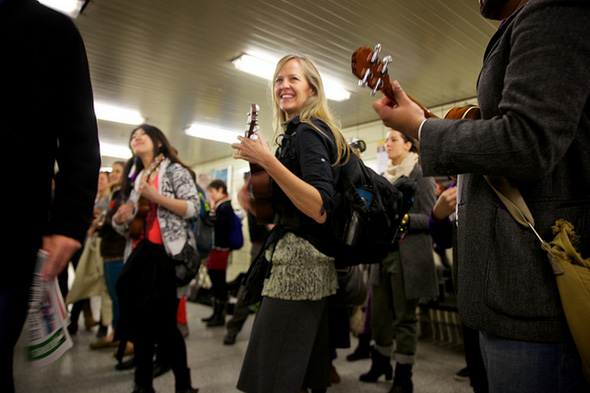 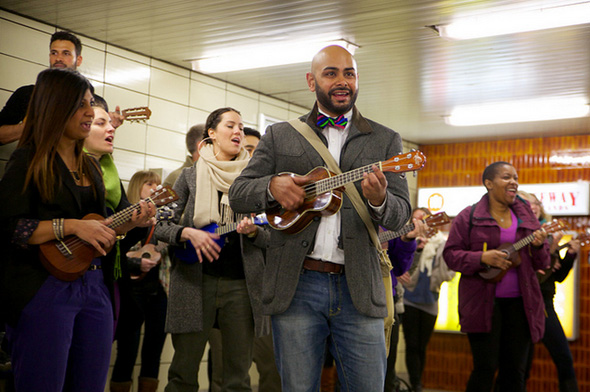 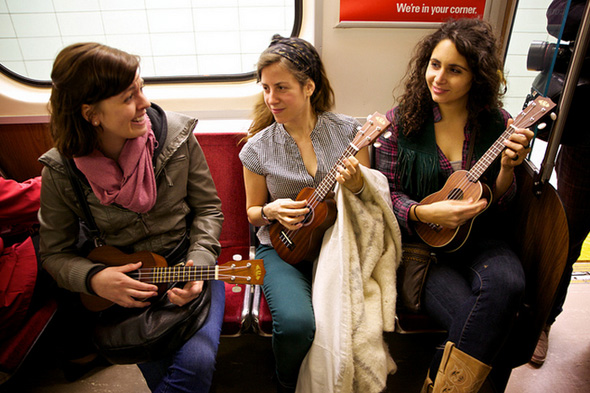