A first look at the Massey Hall expansion plans

Massey Hall could be about to get its first major upgrade in more than a century if plans for a six-storey addition to the venerable music hall get the green light next month. The new structure will hug the Shuter Street building with two elevated glass walkways or "passerelles" that will provide circulation space for the sometimes crowded venue.

The upgrades come at the expense of an under-appreciated 119-year-old extension at to the rear of Massey Hall. The Albert Building, once the janitor's residence, now used as administrative space, will be knocked down in the earliest stages of construction, probably this July. "A necessary heritage impact," according the a recent staff report.

The new addition will be built on land gifted to Massey Hall by MOD Developments, the company building the colossal Massey Condo over one of the two heritage bank buildings on Yonge Street. In return, the ground floor of the proposed extension will be a drive-through access route to the parking area at the rear of the condos. 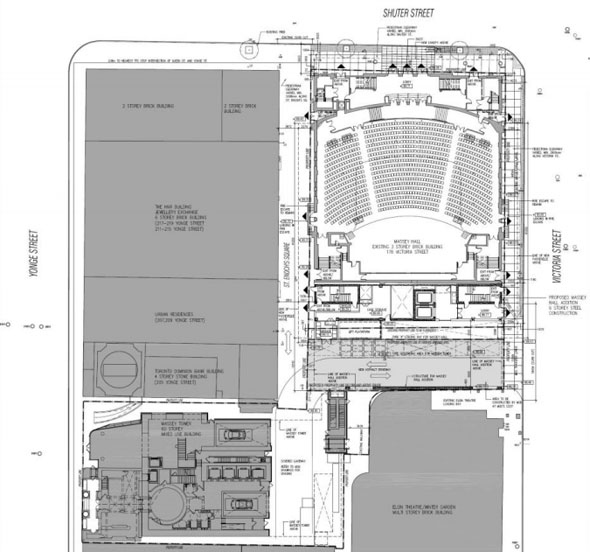 Floors two through six will provide additional back-of-house space for performers, crew, and support staff. There will be new office space, an improved stage loading dock, washrooms, and lounge areas, too. The tight confines of the existing venue put backstage space at a premium.

Inside the auditorium, the Corporation of Massey Hall and Roy Thompson Hall plans to replace the existing seats and make other cosmetic improvements. "We are committed to a plan that addresses the state of the plaster ceilings; and to revealing the original stained glass windows where possible," says Charles S. Cutts, the hall's CEO in a letter to Heritage Preservation Services.

The famous fire escape - added to the front of the building in 1911 in response to safety concerns - will also be taken down as part of renovations to the brick exterior.

Massey Hall opened in 1894 and is "a rare surviving example of a building in Toronto designed as a concert hall with classical features associated with the early 19th century Palladian style," according to its official heritage designation. The building has a number of odd quirks, including a set of Moorish-inspired fireplaces at the back of the auditorium.

The 2,765-seater hall was commissioned by Hart A. Massey, the patriarch of Toronto's powerful Massey family, as a memorial to his eldest son at a cost of $152,390.75. The family built their fortune manufacturing agricultural equipment, founding the company now operating as Varity. Massey Hall has been a National Historic Site of Canada since 1981.

The proposal is currently awaiting final site plan approval but construction won't begin until the 60-storey Massey Tower is complete. Construction crews for that project require constant access to the rear of the old bank building and the two projects could potentially clash.

What do you think of Massey Hall's proposed extension? Will it improve the quality of the venue as expected? Is the design sensitive enough to the original concert hall? 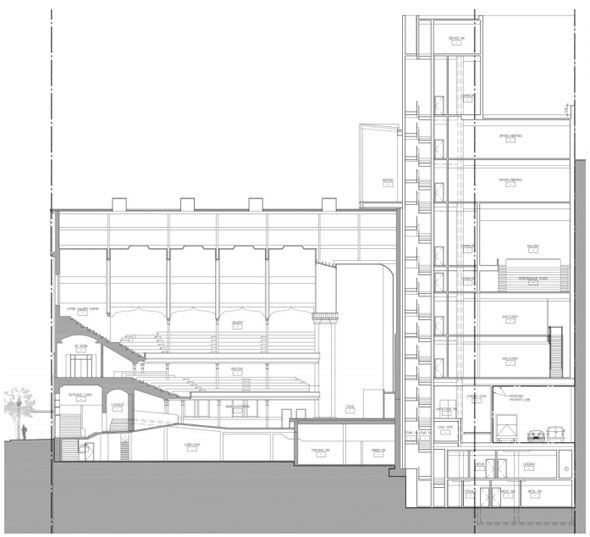 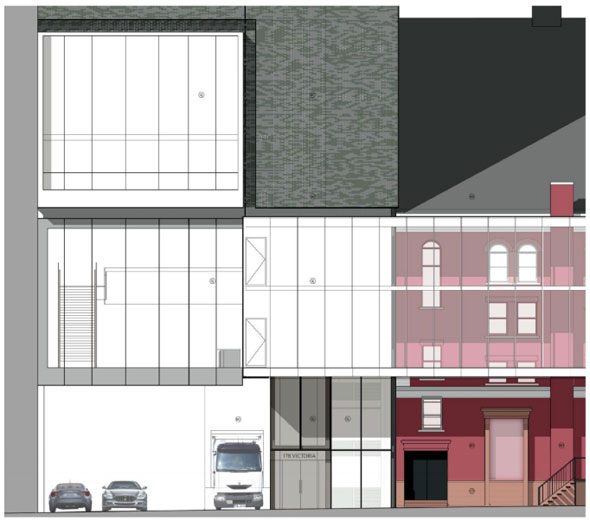