How Etobicoke and Scarborough got their names

The former independent municipalities of Etobicoke and Scarborough get their names from two very different places. One, like Toronto, is Anglicized from a native word for an area abundant in trees. The other is a colonial title bestowed by one of the first English settlers to the region, Elizabeth Simcoe, wife of John Graves Simcoe.

The difference in their origins speaks to two common ways European settlers named their communities: twist and reshape a native descriptive word or choose a name from home, which was usually the United Kingdom, and use that instead. If you missed it, here's a link to last week's post on how Toronto got its name. 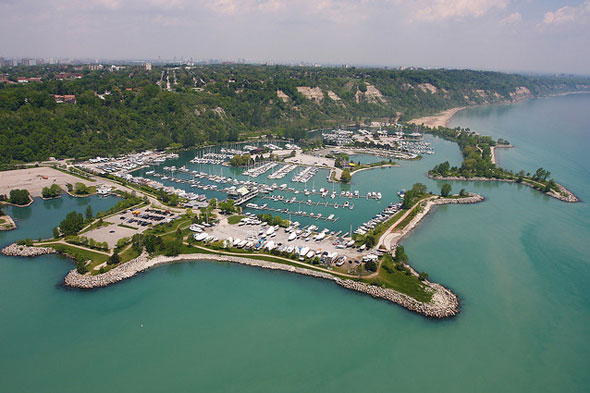 The original Scarborough, in North Yorkshire, England, is a Victorian seaside resort town famous for its limestone cliffs. The modern city was built around a natural spa discovered in the 17th century and its Viking name is derived from the Scandinavian word "Skarðaborg," meaning stronghold.

The town is known for its Grand Hotel, which was once one of the largest in Europe. Interestingly, York, Pickering, Whitby and Darlington, Ontario also get their names from the same coastal region.

Early Lake Ontario surveyor Augustus Jones, inspired by the sight of plunging cliffs, named the area The Highlands - giving rise to Highland Creek - and the small township in the area Glasgow after the Scottish city.

A few years later, Elizabeth Simcoe, wife of York founder John Graves Simcoe, renamed the area east of the early settlement for the English town because the white Lake Ontario cliffs reminded her of the Yorkshire coast. In her diaries, Simcoe recalls the couple considered building a summer home there and calling it by the same name.

The first resident of Scarborough - sometimes Scarboro - was also the GTA's first commuter. David Thompson, a stone mason, trekked from his log cabin at Highland Creek near Lawrence and McCowan into the town of York each day because he believed the marshland around the Don made the town unhealthy. 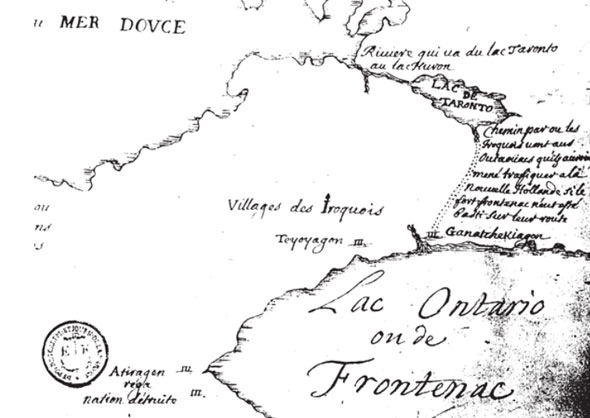 The Rouge River mouth on the eastern edge of Scarborough was once home to the Seneca-Mohawk settlement of Ganatsekwyagon. The town was the southern terminus of a trail to Lake Simcoe, the origin of the name Toronto, according to a 1673 map by Louis Jolliet.

Castle Frank, the summer home the Simcoes eventually did build, gave its name to the street and subsequently the subway station. In her spare time, Simcoe also sketched the sandbar that would become the Toronto Islands and recorded parts of the Don Valley. 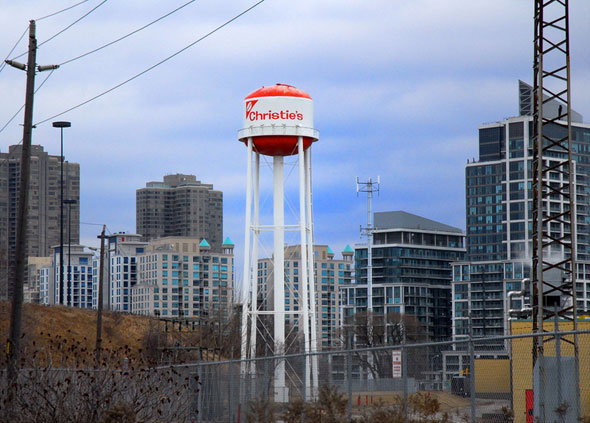 On the other side of town, Etobicoke received its name from an entirely different source - the Mississaugan word "wadoopikaang" (say it a few times.) Though other native groups occupied the land at various times, the Mississaugans noticed an abundance of alder trees, and the named the area west of the Humber River the "place where the alders grow."

Surveyor Augustus Jones spelled the word "atobecoake" in an early assessment of the area. Like Scarborough, Etobicoke was home to a native settlement called Teiaiagon at a ford in the Humber. French explorer and interpreter Étienne Brûlé - the first outsider to visit the region - camped with the Seneca-Mohawk there in 1615. 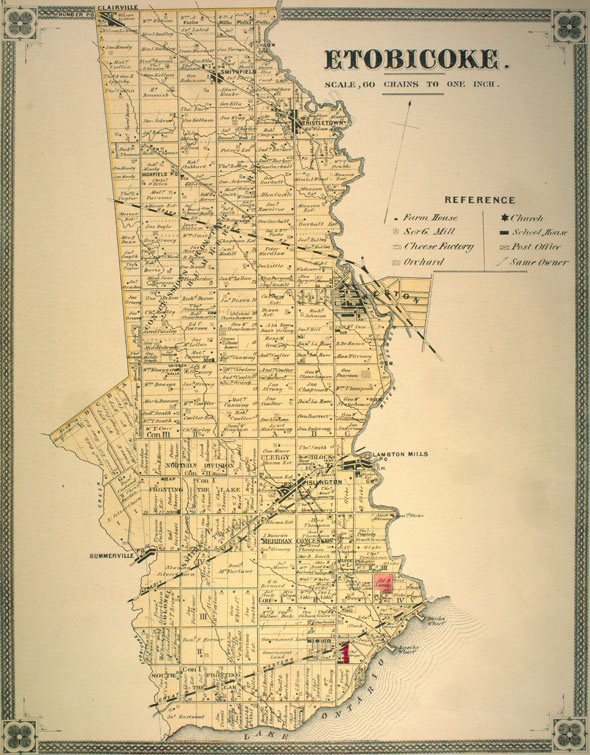 Etobicoke was part of the plot transferred to the British Crown by the Toronto Purchase of 1787. The 250,808-acre land deal with the Mississaugans bought much of the land for Toronto, Vaughan, and King Township for 2,000 gun flints, 24 brass kettles, 120 mirrors, 24 laced hats, 96 gallons of rum, and a bolt of floral flannel.

The purchase - worth just $7,200 in today's money - didn't include the Toronto Islands or new land infilled south of the old shoreline at Front Street. In fact, historical records suggest the deal wasn't legally valid for at least 18 years after it was signed at Carrying Place near Trenton.

A land claim in the 1980s would attempt to win a fair price for the land that was settled without consent.

Mimico also derives its name from a Mississaugan word. "Omiimiikaa" means "abundant with wild pigeons" after the extinct passenger pigeon once native to this region. The unbelievably abundant birds had the power to darken the sky with their collective mass and were, as a result, easy to shoot. The last known passenger pigeon died in 1914 in Cincinnati Zoo.

Etobicoke grew slowly. The first new settlers after the purchase were members of the Queen's Rangers but by 1805 just 84 people were recorded living in the area. Fifty years later the township of Etobicoke, now using its modern spelling, was incorporated. It became a founding member of Metro Toronto in 1954.