Are these towers the future of Yonge and Eglinton?

Yonge and Eglinton is in a state of flux. The Crosstown LRT is coming, the old bus connections at the subway station are disappearing, and the neighbourhood's population is set to skyrocket.

On the northeast corner, the E condos will be the tallest of five major construction projects planned for the midtown intersection over the next five years. Towering roughly 64 floors above the street and split between two substantial buildings - dubbed E8 and E15 - the glass frontages will be a key facet of the crossroads come 2017. And now we have a much better idea of what exactly they're going to look like. 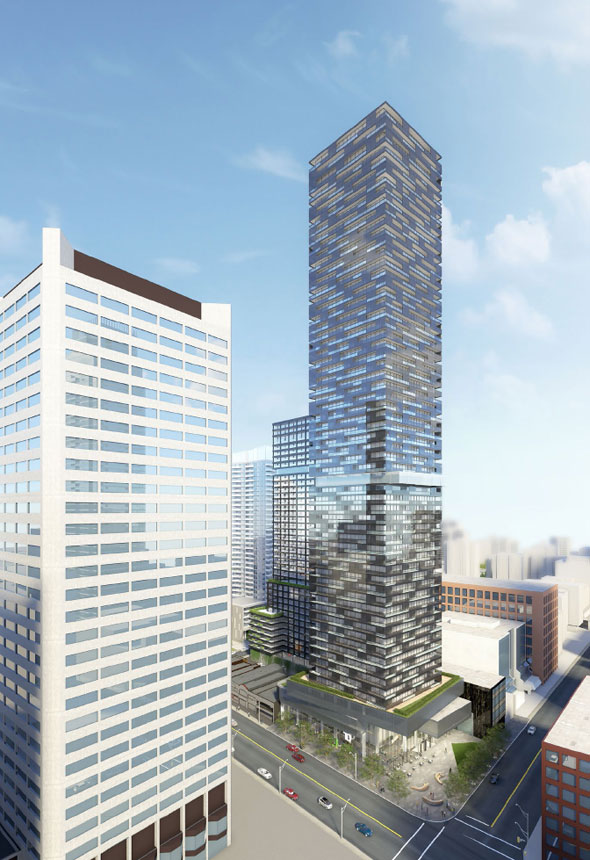 The E condos, also known as 8 Eglinton, have come a long way. The first drawings submitted to the city's Design Review Panel in January 2012 were panned for a variety of reasons, including a proposed low overhanging podium and a lack of space between the towers.

In its latest examination of the drawings, the DRP agreed the density and height of the proposal was appropriate for the neighbourhood and complimented the widened sidewalk on Yonge Street. There were some concerns over "incidental and a little misplaced" street furniture.

Perhaps the most noticeable feature for non-residents will be a green-roofed entrance to the TTC subway and LRT lines. The DRP liked the idea, though they suggest a glass beacon might make the portal easier to find. Short of that, the group thought the roof could double as a small parkette.

The large street-level plaza as a whole was also well received, though the panel hoped for a Bixi station and "engaging retail tenants" on the corner. The TD bank currently occupying the site should be moved north, they said.

The project is currently in the rezoning phase - the first condo owners are expected to take occupancy in October 2017.

What do you think of the latest renderings for this condo? Did the Design Review Panel get it right? 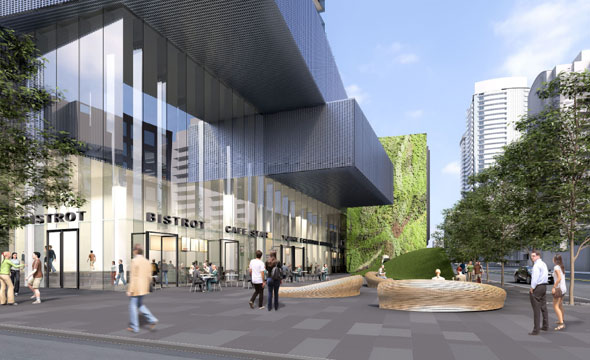 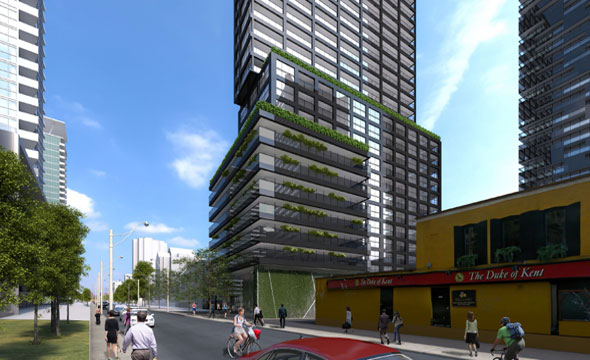 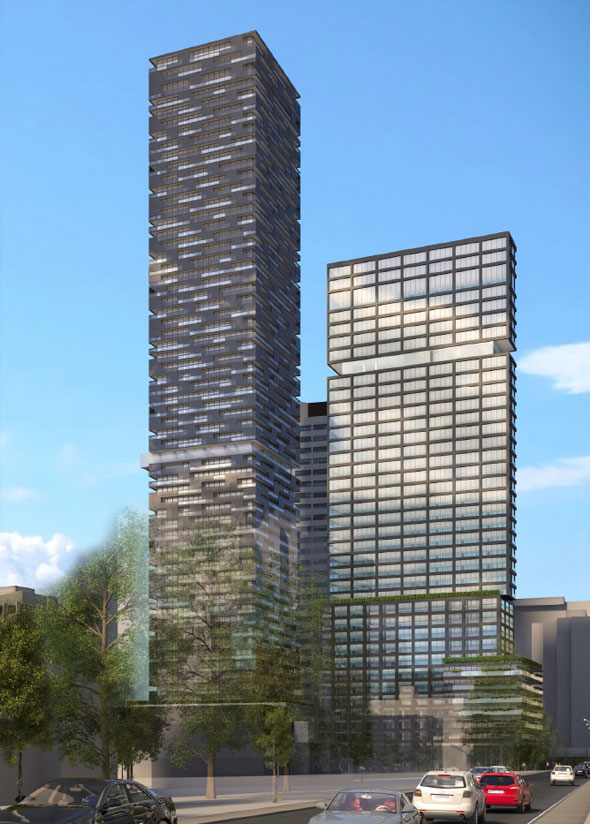