Axiom Condos is the nuanced name for the set of two towers planned for Adelaide and George streets. Clearly, potential buyers are to take the project as their calculated, reasoned, true real estate choice — but hey, look, it comes with a "sparkling water feature!" A joint project by Greenpark and Fieldgate, Axiom towers will rise only modestly, but they will still certainly bring added density to Adelaide East. Watch out, west end — Axiom is coming! Very, very slowly. Here's a closer look at Axiom Condos. 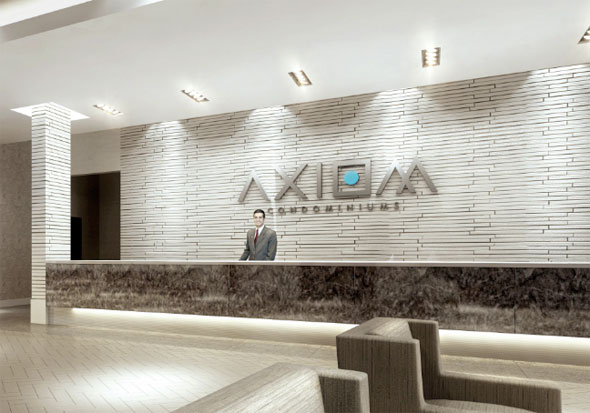 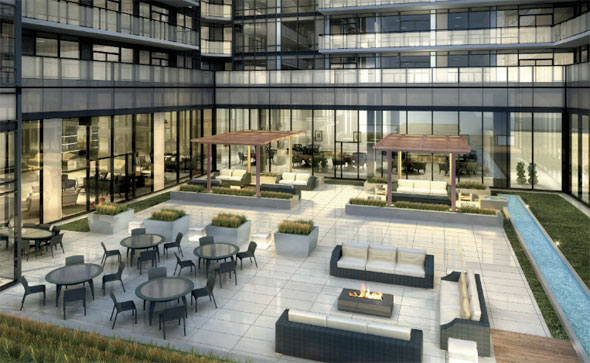 Lest my eyes (or sixth grade mathematical skills) deceive me, it seems Axiom is offering its suites for much below the apparent new "norm" of $650-$700 per square foot. Indeed, these units are priced closer to $500-$550, which (sadly) is pretty competitive for a new downtown Toronto tower. Granted, initial pricing is often deceiving such that the term "starting from" usually comes to mean "exclusive to just one suite on a low floor, with no view, basic finishes, and next to garbage chute." But hey, it's affordable, right? Chock it up to a cooling real estate market, surplus of new condo options (the chicken or the egg?) or the arguably less desirable east-of-Yonge address, but Axiom definitely has pricing on its side. Until you read the fine print, that is, but that goes for most Toronto builds.

Now, I hinted at a supposed east-end inferiority — a point seemingly supported by the glut of new condos poised to take over Richmond, King, and Adelaide streets west. But there's decidedly less love on the other side of Yonge. What gives? Well, for one, the area just north of the Axiom site is still a little bit seedy, with a persistent row of dive bars on Queen and questionable nighttime action at Moss Park. Retail lags a bit over here, too, with a couple stretches of unoccupied spaces that would never be tolerated a little further west. But I suspect that will change. Axiom will bring fancy new retail to its podium base (anyone want to wager $20 on Starbucks?), and construction will inevitably move east as developers snatch up the last of skinny King West spaces. Axiom residents won't be the firsts to the area, but they most certainly won't be the last either. 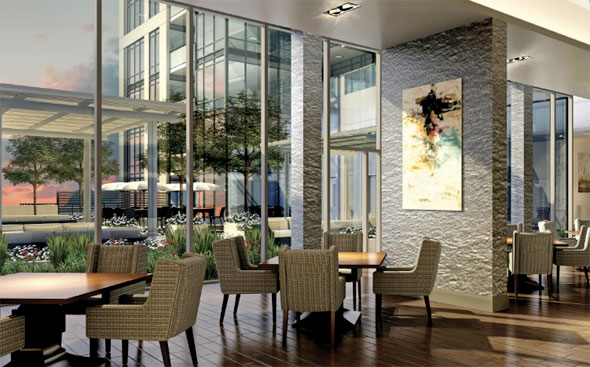 And if you can look past the occasional dive bar brouhaha, what's not to love? You're five minutes from the St. Lawrence Market, four mintues from the Distillery District, and potentially right by the Downtown Relief Line. And until then (just 15 years, or so), there's always the King streetcar.

What, exactly, is a bicycle locker maintenance fee? $10 per month to make sure exhaust from the parking garage doesn't filter into the bike room and contaminate your seat? The cost of a random stranger employed to clean your chain and inspect your brake pads once a month? Or something even more frivolous and unnecessary? Seems almost as redundant as a pet grooming room in a condo that's around the corner from a pet spa. Oh, wait... 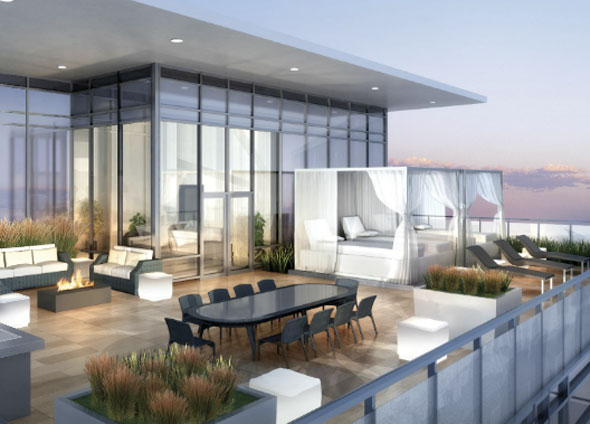 Axiom Condos suffers from the main plague that strikes too many new urban builds; that is, the space-saving pseudo-kitchen. While I'm sure some talented multifunction-room dwellers can make good use of the kitchen/living/dining hybrid, the lack of counter space and humming Energy Star by the living room credenza doesn't seem overly charming (at least, to those pretentious people who casually use the term "credenza"). While the unit layouts seem pretty good overall, actually — with windows in most bedrooms, the occasional walk-in or step-in closet, and fair-sized balconies for most suites — no space for the stand mixer is a definite drawback.

And don't let Axiom's seemingly innocuous 19 storeys fool you — this is one mega condo in disguise. Granted, elevator waits won't be so bad with units divided between two structures, but you can count on close to a thousand people sweating in that fitness centre and clogging up the parking garage entrance. High density can mean high wear, which is bad news for your maintenance fees. And nerves. 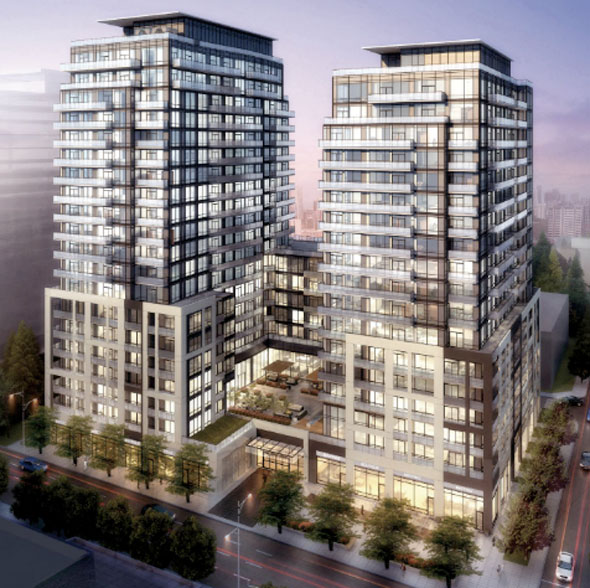 Really depends on the price of a pint at one of those Queen East dives.