How the TTC used to deal with overcrowding

In light of this week's TTC stroller debate, here's a look back at how the Commission used to deal with overcrowding on its streetcars and busses; simply carrying fewer people. By encouraging companies to stagger work hours, the TTC spread the 5:00 rush over a longer period when jam-packed vehicles and surface gridlock were daily occurrences.

In the mid 40s, the same art department that urged riders to have exact fare and to scolded those that didn't shuffle to the back of the streetcar during peak times, also produced billboards asking workers talk to their employers about starting and finishing earlier or later. The concept was sold as a way to get more free time during regular daylight hours, either in the morning or late afternoon. 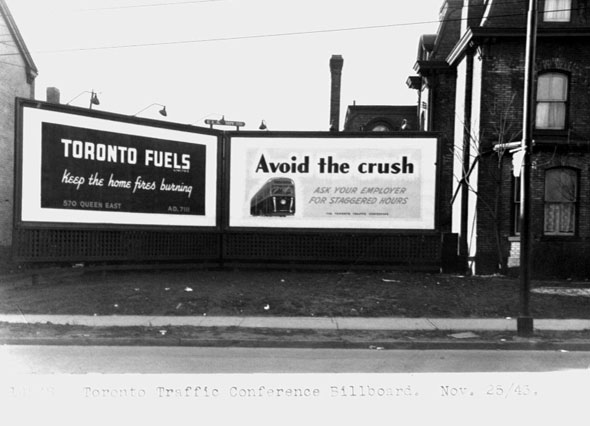 In 1941, riders made 25 million more trips than the year before, an increase of 15%. This sudden spike was likely a consequence of gasoline and rubber rationing for private car owners, something the TTC itself had to overcome. Speaking to the 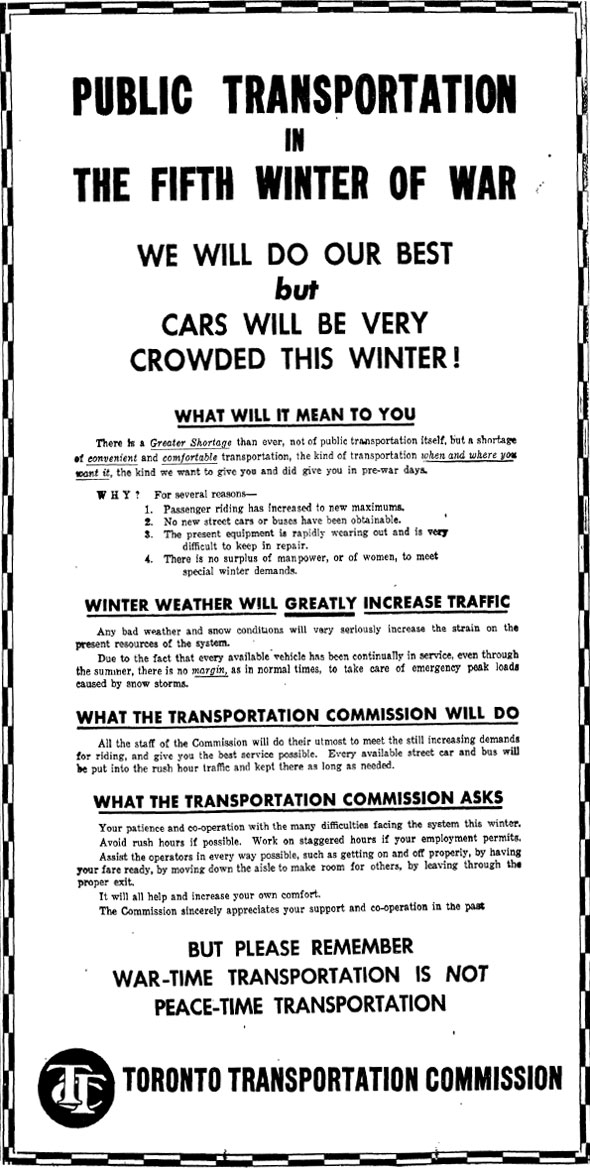 Toronto Star in January of that year, general manager Henry Patten said the ultimate goal of Toronto's transit provider was to provide the best possible service for "the many thousands of workers engaged in the war industries of Toronto."The city's traffic conference and works committee suggested downtown offices and factories choose from an 8:30 - 4:30, 9:00 - 5:00, or 9:30 - 5:30 workday and in 1942 the TTC itself adopted the scheme for its office staff. Toronto Hydro and a large munitions plant that employed more than 6,000 workers were also notable early starters. Staggered hours schemes were also adopted in Ottawa and Montreal around the same time.

The long lost Queen Street subway, designed to be an underground streetcar route fed by the Dundas, Danforth, and Queen cars, was another way the TTC and the provincial government hoped to solve the choking traffic. Despite the on-going war, or perhaps because of it, these bumper years eventually spurred the construction of the Yonge line and drove new investment in Toronto transit.

Let's hope today's overcrowding will eventually lead to a better TTC, too. 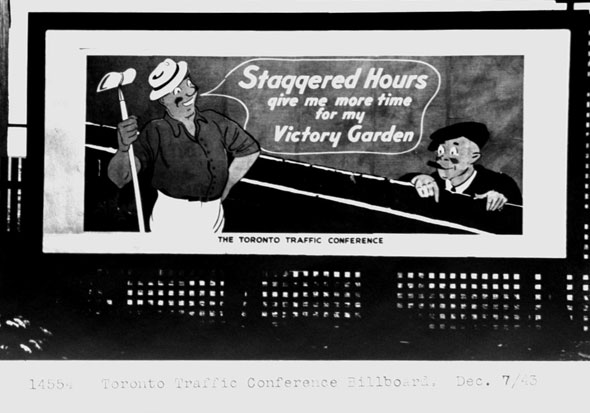