Stop pissing in the lake, kids; your automated lavatory has arrived. Toronto has finally received its second pay-per-use public automated toilet, which has been set up on Lake Shore Boulevard East at Northern Dancer Boulevard. The first city toilet has been in operation since 2010, sitting proudly at Queens Quay West and Rees Street over to the west. 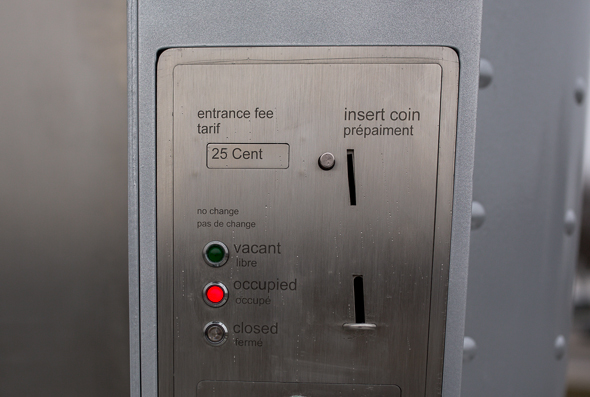 This new automated toilet is very much like the first, with a 20-minute time limit and operating at a cost (to the user) of $0.25 per use. Though unit is self-cleaning, the City of Toronto has said that maintenance workers will visit the toilet (for cleaning and inspection, that is) three times per day. 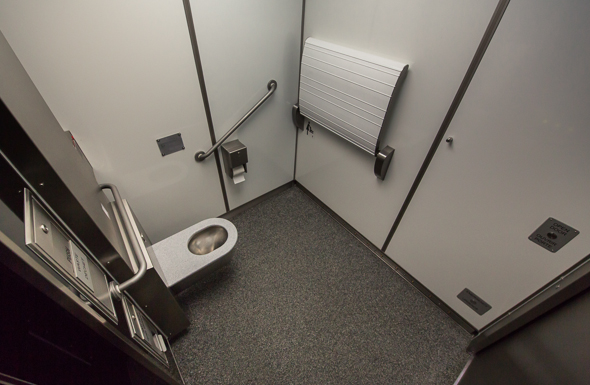 The automated washrooms are part of the City's partnership with Astral media in which the company provides public street furniture in exchange for exclusive advertising rights. According to the 2007 agreement, Astral will supply the City with 20 automated toilets over 20 years â though at this rate, Toronto can look forward to receiving its last lav by year 2057. Most of us will be in diapers by then, anyway. 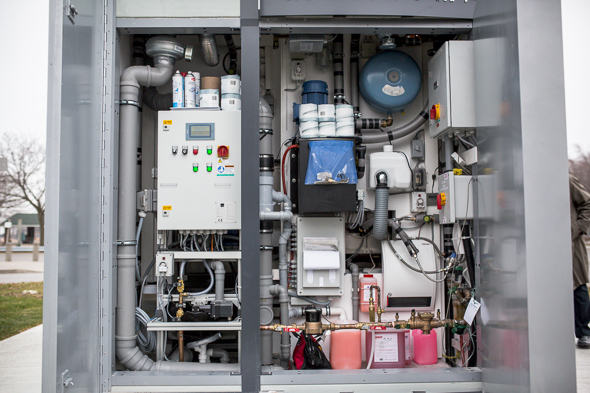 Part of the problem has been finding spots that can accommodate the size and weight of the structure, while also providing the necessary means to connect to the city's hydro and water systems. And according to Elyse Parker, public realm director with the City of Toronto who spoke to Torontoist yesterday, there also must be significant area demand. 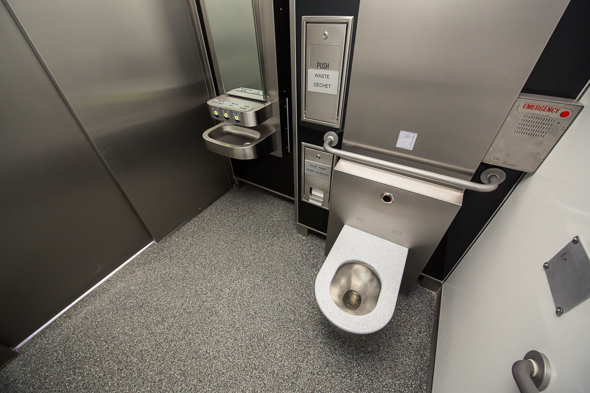 In that sense, a toilet right by Ashbridges Bay seems like a natural choice. (I know there are many, like me, who've had to soldier to one after too many summer beverages at the beach.) No decision yet on the location of Toronto's next automated pay toilet, though it probably won't arrive until sometime next year. 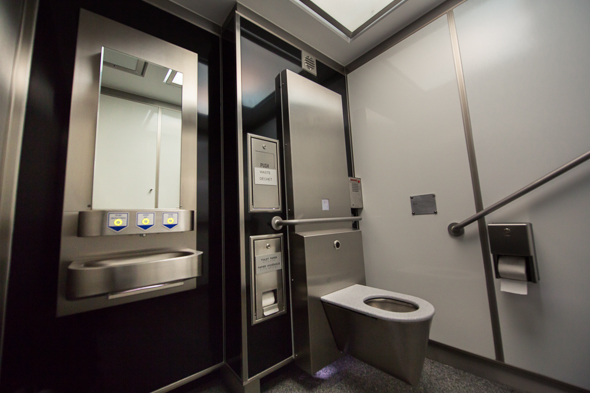 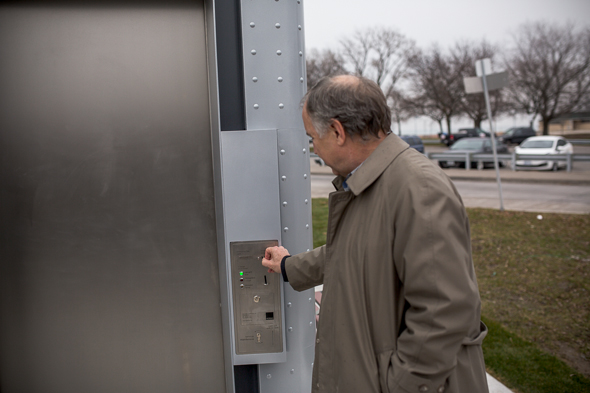 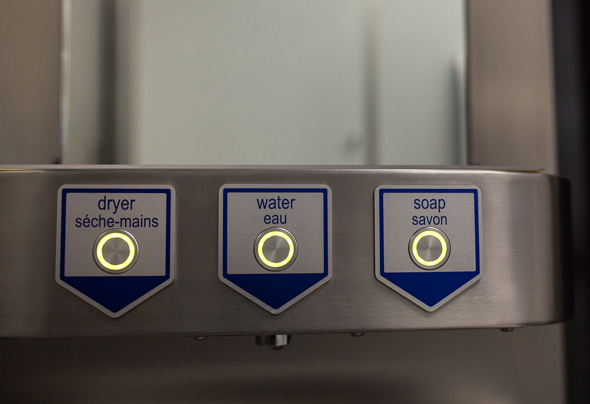 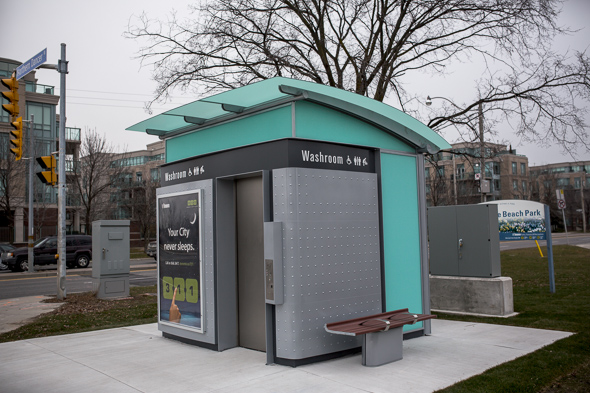