They might look like the exclusive domain of condo dwellers and office workers, but hidden on roofs and behind gates are several hundred privately owned public spaces - POPS for short - that the city should do more to advertise, according to councillor Josh Matlow.

In a motion adopted by council at its November meeting, city staff estimate there are at least 27 POPS in the Toronto that account for more than 1 million square feet of parkland many don't know they have the right to use.

Way over in San Francisco, they had a similar problem. The Californian city mandated that new public spaces be included in all office development in 1985, but building owners were a little reluctant to invite the great unwashed inside, often resorting to crafty tactics that include placing signs at knee-level or using really tiny fonts.

Here, there are no rules requiring building owners to put up a sign, so most of our POPS are the sole domain of those in the know. Conversely, Matlow says there are likely many who believe their condo garden or rooftop perch is private when actually anyone is allowed to use it. 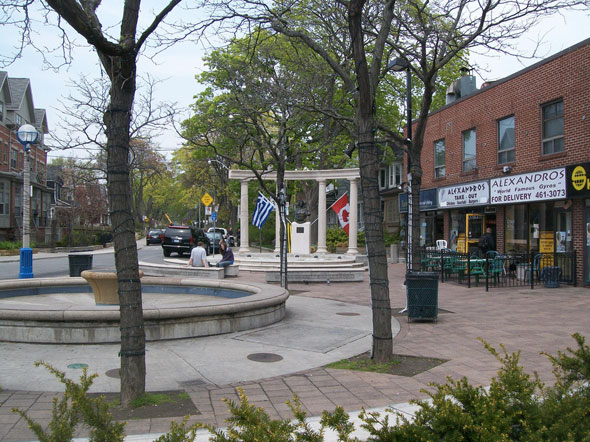 , Yorkville has unmarked parks at One Bedford and 18 Yorkville. There's another at 33 Bay Street.Most of our POPS were created using Section 37 agreements, clauses that trade condo developers extra floors, for example, in exchange for a parkette or other beneficial public feature. The others were built around office towers and high-rise apartments in the 1960s, 70s, and 80s. Despite the city's success at creating the spaces, argues Matlow's motion, it doesn't do a stellar job of pointing them out.

Back in San Fran, city has just released a web app that catalogs and maps its POPS with photographs, descriptions, and, thanks to Google Maps, directions. Once our own study is complete perhaps the city should look into something similar.

Though Matlow's motion only calls for signage, should it be taken a step further? Would you like to see signs added to privately owned public spaces? Do you have one in your building? Tell us below.

Photo: "McGill Parkette" by psychedelicmojo2001 from the blogTO Flickr pool.