For those looking for Toronto-themed gifts this holiday season, you could do worse than one of the many quirky maps local artists and designers have plotted out over the last couple of years. Not only are they typically reasonably priced — generally coming in at around $40 — but there's more to choose from than ever as mapmakers continually rethink ways to chart the city that defy conventionality. While there's a preponderance of word and neighbourhood-related maps floating around out there, these are more than mere clones of the popular Ork Map. Each of them reveal unique cartographic efforts with little double-ups in terms of overall concepts.

Here's a roundup of five city maps for the Torontophile on your list. 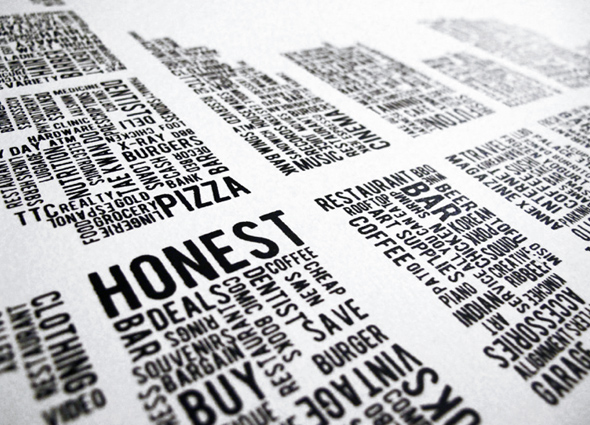 These silkscreened maps are often accused of being similar to Ork's efforts, but the process by which they're put together is actually quite different — Murray scouts each neighbourhood in detail prior to their design — and each maps is obviously focused on individual neighbourhoods rather than the entire city. Currently on offer are Kensington Market, Queen West and Parkdale, Ossington, Grange Park (Baldwin Village), Leslieville, the Annex, the Beach, the Junction and Roncesvalles. $40 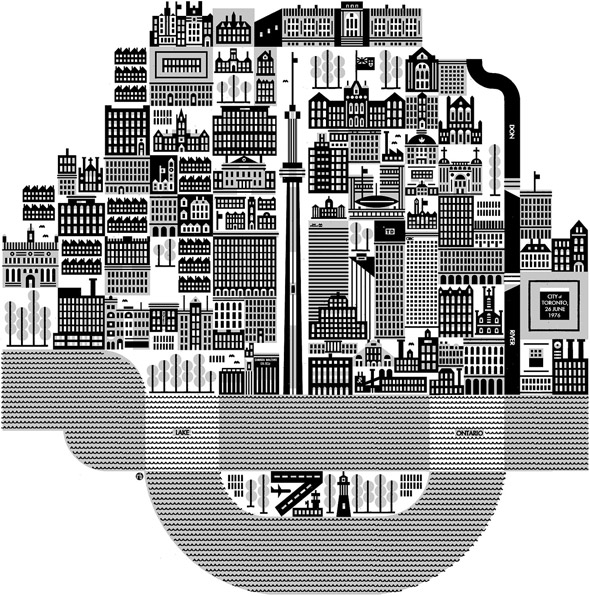 Raymond Bliesinger's portrait of the city on the day that the CN Tower opened uses Toronto's buildings to plot its geography, so thank God it was made before the condo boom, lest the whole thing be rendered a series of anonymous glass boxes. Part of a series that includes Montreal and Ottawa, the print has a certain 1970s quality about it, to be sure — but that's kind of retro and cool, isn't it? $40 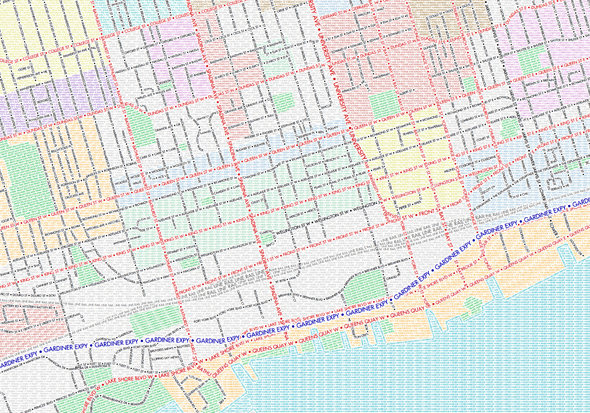 Ben Brommell, a student at Humber College, spent almost 100 hours plotting out this typographic map of the city, which charts the city via its streets. It's hard to discern that the map is made up of words from a distance, so it rewards those who take a second to look closely. Also available in black & white. $15+ 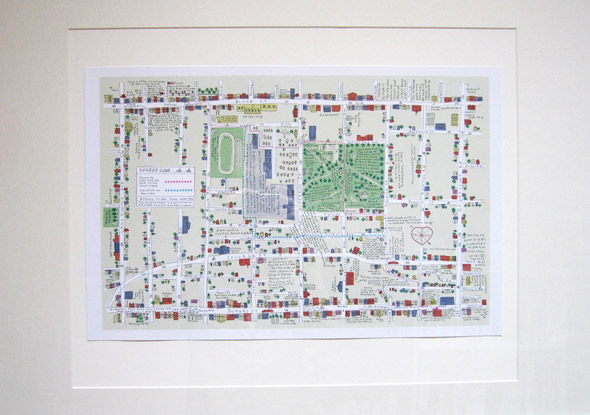 More whimsical than the other offerings on the list, you might recognize Marlena Zuber's work from Shawn Micallef's Stroll, for which she provided the illustrations. My favourite feature of these maps are the annotations spread across various points of interest. Offered in a wide variety of formats at Pixel Print. Prints start at $45 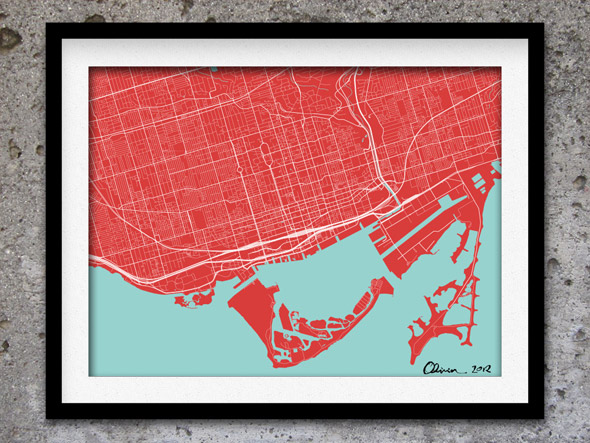 This is one of those Etsy offerings that's actually made for a wide variety of cities, but I include it here because I like the minimalist design, which reminds me of Flavio Trevisan's map-art. Available in a whole bunch of colours. $18