This is what the Toronto airport used to look like

In the 1920s, Frank Chapman's 150-acre farm stood in a sprawl of astonishingly flat rural land south of Malton, a small community on the Grand Trunk Railway northwest of Toronto. 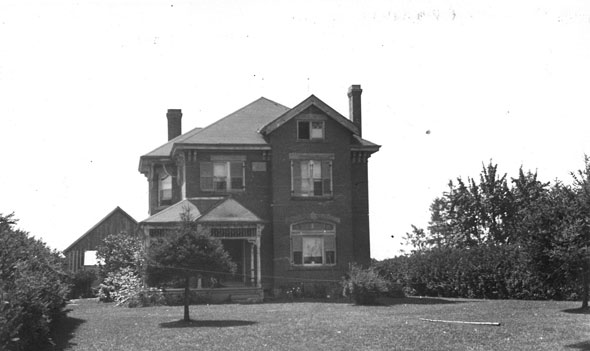 Frank Chapman's farmhouse, which would become the first building at what is now Pearson International.

Back in 1935, the federal government was actively seeking a location for an international airport in Toronto. Airfields near Dufferin at Lawrence and Wilson were shortlisted as possible sites but the most appealing prospect was, apparently, a 1410.8-acre site, miles outside the city limits.

Aerial photographs taken shortly after the first runways were roughed out through the former fields show just how remote Malton Airport used to be.

Endless, arrow-straight roads disappear to the hazy horizon with just the odd scattering of buildings and occasional copse of trees to enliven the view. A perfect, obstruction-free environment for an airport. 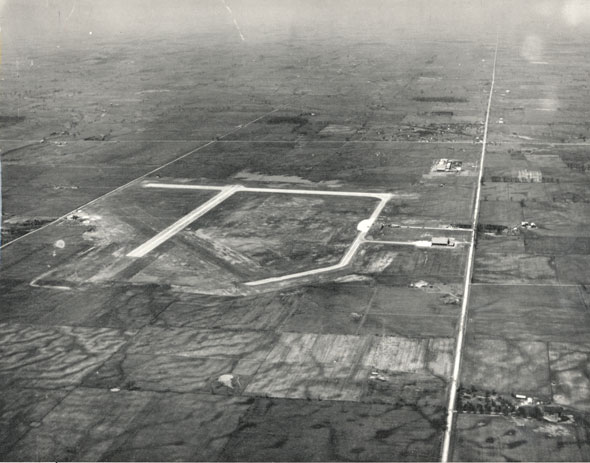 The airport used to be in the middle of rural nowhere.

Frank Chapman's old farm house was converted into Malton Airport's first passenger terminal, a building that doubled as a basic observation point for the strip's windsock.

A small area just off the main runway was graveled for car parking. The passengers on board the American Airlines DC-3 from Buffalo, New York that bumped down on 1:10 PM on August 29, 1938, the first official landing, would have only had a short walk to their waiting connections.

By then, the airport consisted of two tarmac runways and one grassy landing strip. 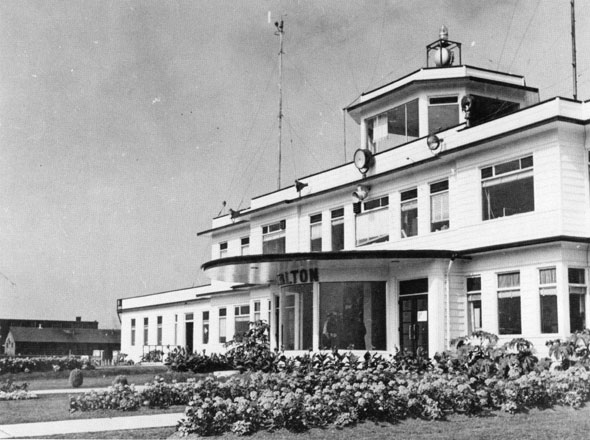 The original building for the airport.

Pictures of the airport taken around this time show gleaming silver planes parked on the tarmac amid peaceful surroundings. TCA was among the first operators to have a base at Malton, along with American Airlines.

The Canadian carrier ran scheduled flights to Florida, the Caribbean, and Central America in addition to its domestic services.

TCA became Air Canada, universally adopting its French name, in 1965 when it became a separate entity from its parent Canadian National Railway under Jean Chretien.

Other airlines operating services to Pearson included Great Lakes Airlines - nicknamed "Great Shakes" for its aircraft's tendency to shudder violently on take-off, and Austin Airways, a precursor to Air Ontario. 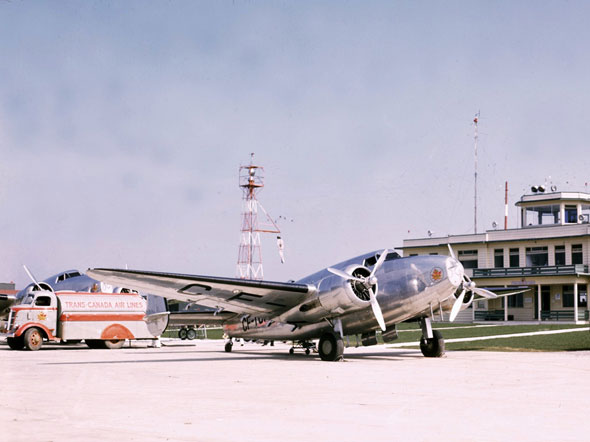 In 1960, the Malton Airport was sold to the Department of Transport, now Transport Canada, and renamed Toronto International Airport. By this time, a third, more substantial terminal had replaced the basic wooden building at TIA.

The utilitarian brick building included a rooftop viewing area that gave visitors and departing passengers a chance to see take-offs and landings up close. It was a different world back then. 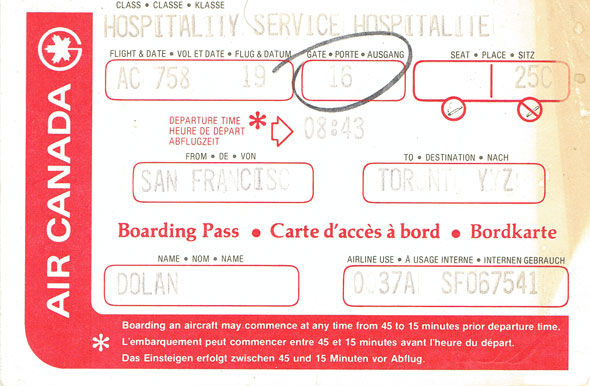 With the new name came a fourth terminal building. Designed by John B. Parkin, the architect behind The Sheraton Centre, Aeroquay One (also known as Terminal 1) was built in typical 60s brutalist style and prominently featured a multi-storey car park.

Its sister building, Aeroquay Two, was originally a cargo facility but overcrowding at the first terminal and the cancellation of a second GTA airport forced its conversion to a passenger hub.

Unfortunately, it lacked windows and parking and had to undergo major alterations. 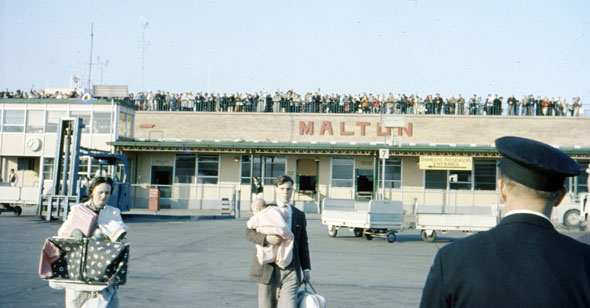 The passenger building used to have a rooftop look-out.

The aircraft, carrying 109 people, hit the runway with enough force to tear off an engine and part of the right wing.

The pilot managed to get the plane back into the air for a go-around but the damaged section was already trailing burning fuel. With the original runway closed on account of debris, the pilots attempted to position themselves for landing from a different direction.

Two and a half minutes after the initial impact, the plane's damaged wing exploded and disintegrated, sending the DC-8-63 into a high-speed nose dive.

The aircraft slammed into a field near Castlemore Road and McVean Drive in Brampton killing everyone on board and scattering debris over a wide area. 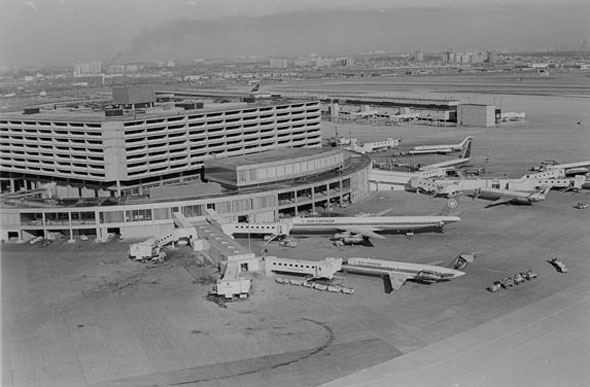 Old photos such a much less-lively airport compared to today's Pearson International.

Aeroquay One was demolished to make way for the current Terminal 1 building in 2004 as part of a giant $4.4 billion expansion program by the Greater Toronto Airports Authority. Two new runways were also added along with the new Terminal 3 and LINK Train, a monorail connecting the two hubs.

Today, Pearson handles 1,100 flights per day and 47 million passengers a year, and is the only airport in Canada with scheduled services to all the inhabited continents on the planet. That's a long way to come from Frank Chapman's farm house.