We've all heard by now - Rob Ford says he reads at the wheel of his SUV on the Gardiner Expressway because he's a busy guy, and that's apparently what busy guys do. Busy guys also have drivers. On Thursday, the mayor's brother, councillor Doug Ford, said Rob is "not 100 per cent" on board with that idea. No worries, though, we've broken down the options available to the mayor and some of the costs he might incur having someone else do the driving.

Also, it's TTC busking tryouts this weekend and we've broken down what's involved for musicians that want their music heard on public transit. I've also dug up also some interesting facts about the sand tiger sharks currently being sought for Ripley's aquarium downtown.

This week's photo, taken by Jeremy Gilbert, shows a new public sculpture that will hang from the Humber Pedestrian Bridge for two months starting this week. 5.4 metres long and suspended 6 metres above the pedestrian walkway, the moving aquatic creatures dance and glow at night as a tribute to the local waterfront. The sculpture is privately funded and could use your donations to help cover costs and make future projects a reality.

Getting to work safely 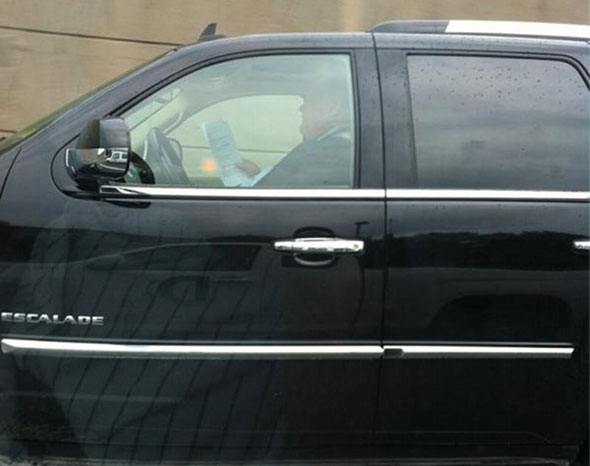 A Tweeted picture of Rob Ford reading at the wheel of his Cadillac Escalade this week prompted Toronto police to urge the mayor to hire a driver. In a press conference shortly after the incident, Ford claimed reading while at the helm of 2625 kilograms of SUV was necessary due to his busy schedule.

If Ford were to hire a driver, it would cost in the region of $100 per hour to use a publicly available service. In that case, his annual salary of $167,770 would only cover a few trips. There's always a taxi, right? A trip from the mayor's Etobicoke home to City Hall would cost just over $20, providing there was no traffic. Worst case scenario for Ford: a trip on the 79 Scarlett Road bus and subway costs just $3 a trip without a Metropass. All three options provide ample reading time.

If you're wondering why Toronto police didn't charge Ford with careless driving under the Ontario Highway Traffic Act - a serious charge that could result in a fine of between $400 and $2,000, loss of a driver's license for up to two years, and up to six months jail - the Globe and Mail has an insightful write-up. 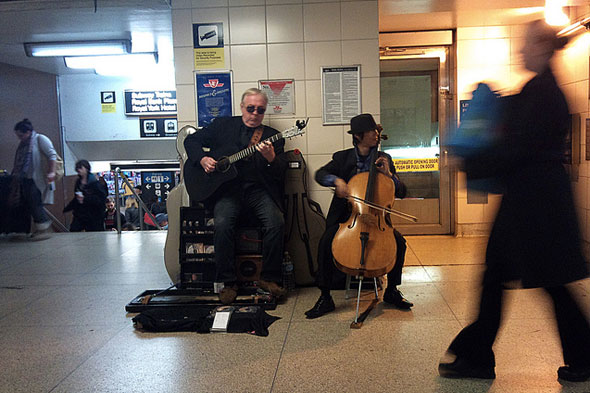 Today is the final day of auditions at the CNE for 74 coveted three-year TTC busking licenses. Only selected musicians are allowed to legally perform on the subway and only one person, guitarist Billy James, is immune from re-evaluation every three years.

To be in with a shot, the roughly 150-200 entrants must be at least 18-years-old and part of a solo or double act. Certain instruments - trumpet, some electric guitars, and drums - are banned because of the echo in the 25 participating stations.

During the audition, musicians are given seven minutes to impress the judges with a medley containing a minimum of three songs. Performances are rated on stage presence, musical talent, and overall entertainment value, and scored accordingly. The top 74 at the end of the weekend win a license. If a performer drops out for any reason, the license is passed on to the next highest finisher.

This year's team of judges are:

Performers play on a three-day rotating schedule and must pay $197.75 to cover the Commission's costs. And you thought you could just pitch up with a guitar, didn't you. 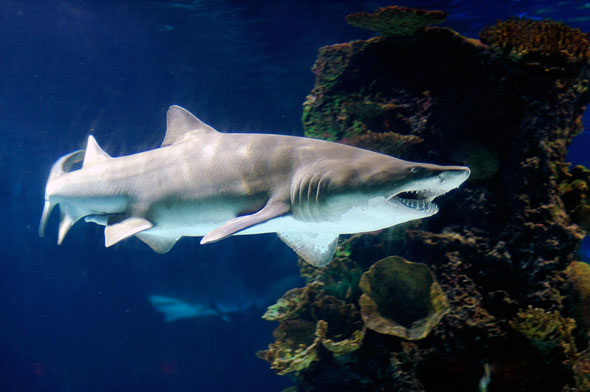 With progress continuing on the Ripley's aquarium shark tank near the CN Tower and Rogers Centre, a team of biologists are on a mission to South Carolina to catch sand tiger sharks for the display. Weighing up to 160-kilograms and packing a mouthful of razor sharp teeth, tiger sharks - also known as grey nurse sharks, spotted ragged tooth sharks, and blue-nurse sand tigers - are fearsome looking creatures.

Adult sand tiger sharks reach up to 3.4 meters in length and mainly dwell in coastal waters off North America, Australia, Japan, and South Africa. During pregnancy, the most developed embryo will eat the weaker ones to ensure survival. Luckily though, these tough customers are actually relatively placid and like to eat bony fish and crustaceans.

Interestingly, sand tiger sharks are the only sharks able to gulp air from above the surface.

The animals are listed as vulnerable on the International Union for Conservation of Nature Red List but are popular for aquariums due to their high tolerance for captivity.

What we learned this week