Along with the weather, Toronto folk tend to make a bit too big a deal out of the various construction projects that sweep through the city in the summer months. Nevertheless, once in a while we do get roadwork worth talking about, as is the case with the recent shutdown of Queen and Spadina for TTC track reconstruction and passenger island replacement. A so-called grand union intersection, the shutdown has had at least as much impact on streetcar traffic as it has on other vehicles. 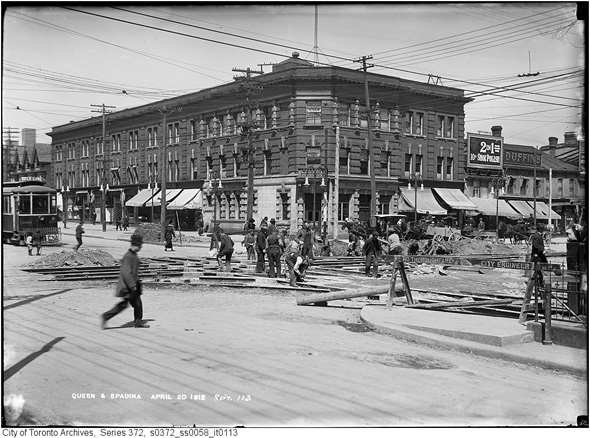 This has been a crucial downtown intersection for over a century with a history of track reconstruction every 25 or 30 year or so. So you'd think it'd be a complete disaster when it gets shutdown for two weeks. I suppose everyone has their own definition of what constitutes a traffic nightmare, but based on a few visits since work started things could be a lot worse. Sure, Bathurst is taking lots of overflow and gets backed up during rush hour, but all things considered, the closure has been well organized and most drivers have got word to avoid the area. There's even a handy TTC video explainer about the construction and diversions.

So while the spectacle of track replacement is certainly photo worthy, the closure is more of an inconvenience than anything else. Not a migraine â just a headache. 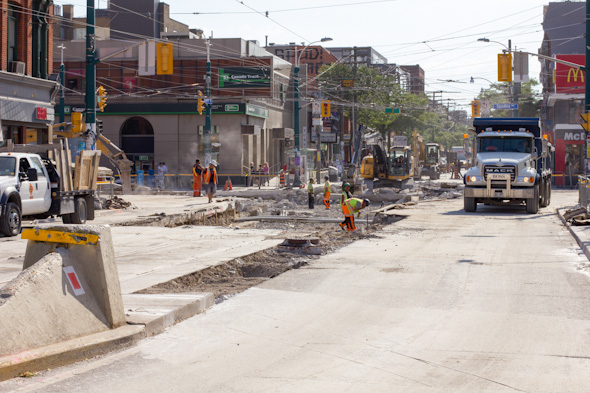 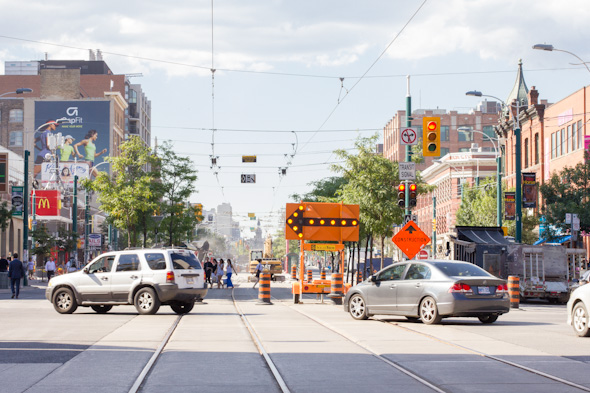 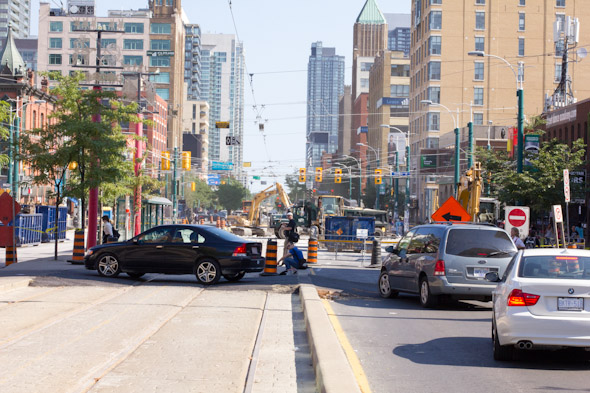 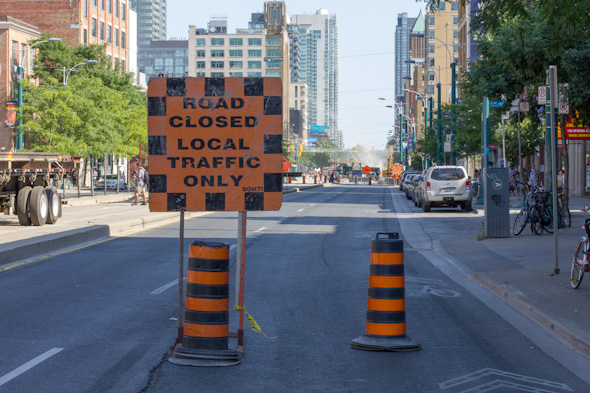 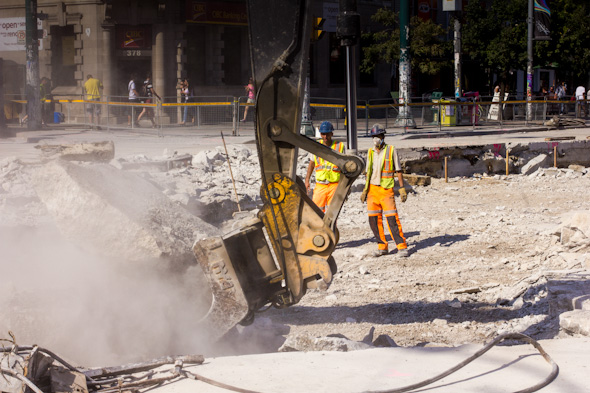 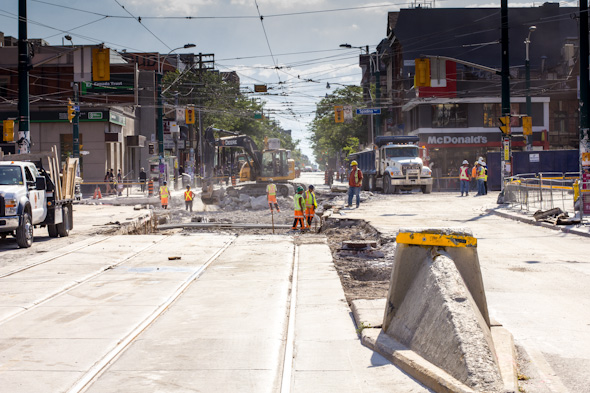 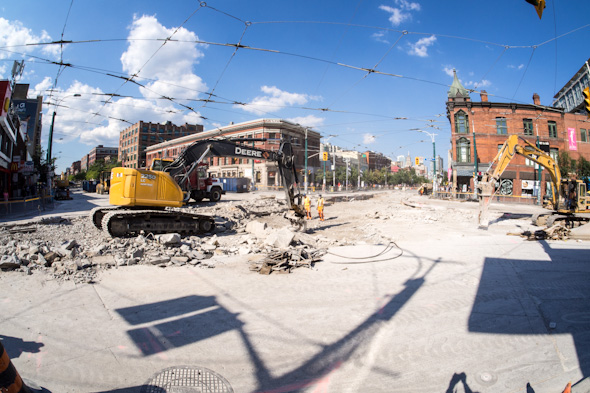