The Carlaw is one development that speaks to the power of timing. While much of Leslieville around Dundas and Carlaw continues to sport that "industrial untouched" look, I suspect the remnants of its working-class past won't linger in the area for too much longer (hence Red Rocket's arrival, not too many months ago). Prospective buyers can get in ahead of the game — that is, only if The Carlaw meets all of their dwelling space needs.

Streetcar Developments has set up a posh little presentation space at 345 Carlaw, showing off said dwelling spaces as they'd be with a thorough dousing of professional interior design. (Naturally, of course.) But some of the new condo's numbers and details tell a less swoon-worthy story. Here's the nitty-gritty on Leslieville's latest project. 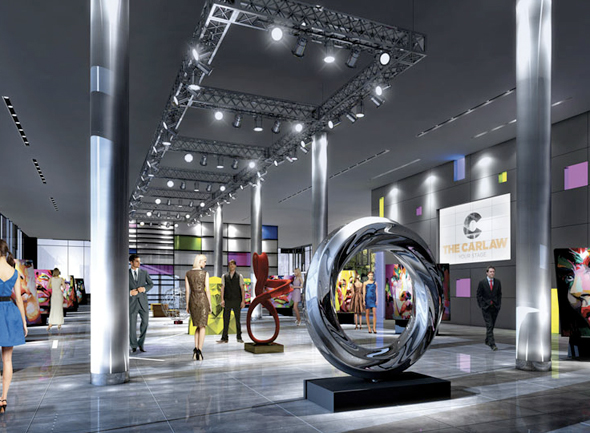 As I mentioned earlier, the immediate area certainly seems poised for a surge in activity. Carlaw itself (the street, that is) already hosts a handful of independent businesses including Toronto Newsgirls boxing club, Flaunt Boutique salon, and Queen B Pastry production (though sadly, not a retail shop). Plus there's the under-construction Flatiron Lofts across the street. While the Dundas streetcar doesn't come this far east, a quick walk to Queen or Gerrard allows you easy access to transit. Plus there's the glorious fact that you're a mere saunter from Mercury Espresso, Te Aro and other Queen East strongholds.

Architecturally, the structure seems to work with the area. It's not a soaring glass tower, nor a box, nor a futile attempt to somehow "capture" the essence of the intersection. Masonry brick and glass, mostly, make up the exterior facade, and all in all it seems to jive. And for a first-time buyer looking to get into Leslieville, the price is certainly right. 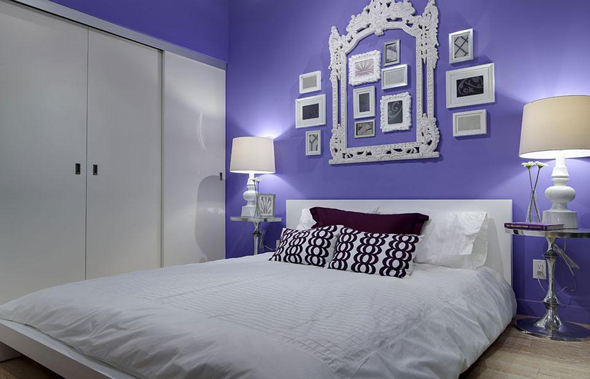 I'm trying not to let The Carlaw's incredibly slow website bias my opinion, but alas, I have failed. (Down with Flash!) Moving on...

Let's talk about suite size. In my humble opinion, 348 square feet is an appropriate size for a luxury terrace, not a permanent dwelling space. Granted, only a few studios in The Carlaw come that small, but most of the one-bedroom suites still measure in at under 600 (disqualifying buyers from a parking space, I might add). I'd expect such cramped quarters for a downtown-core structure where units might actually serve as pieds-Ã -terre, but not out here where the streetcars don't run (...directly in front of the building, that is).

Maintenance fees would be another concern. Sure, $0.50 per square foot is no sweat, but what about in five or ten years? Someone has to pay for that concierge, fitness centre upkeep, guest suite maintenance and more. Having such amenities surely is lovely, but the concept becomes less lovely when those luxuries inflate monthly fees. And speaking of luxuries — a 25,000 square foot outdoor/indoor event venue? That's super cool for the winter when you can ostensibly head to the party without going outside. Less cool for the poor second floor residents who were hoping for a quiet Saturday evening in. 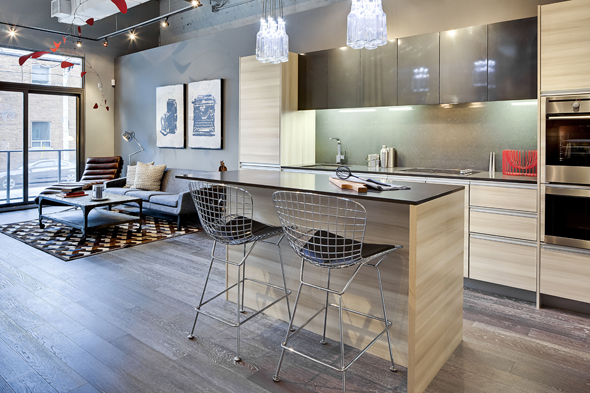 And I have mentioned my disdain for the practically countertop-less kitchen and sliding bedroom doors? Oh yeah, here and here. Damn this trend — The Carlaw has them too. 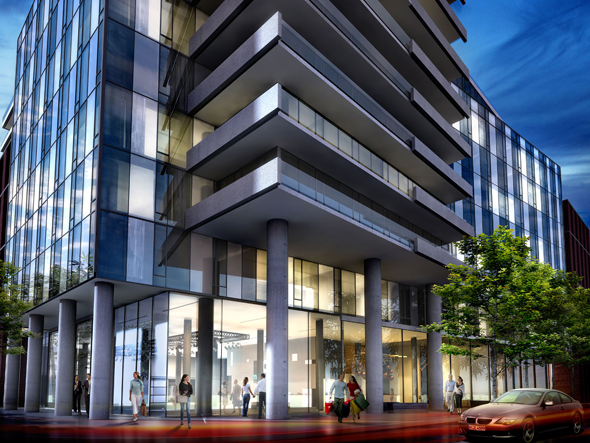 The Carlaw did not win me over. The area, obviously, is the big sell, but I don't think it offers enough to compensate for small studio and one-bedroom units, as well as the prospect of soaring maintenance fees. And while it might be super-convenient to host your birthday or wedding party on the main floor of your condo, it would also become super annoying when your neighbours decide to too.