Occupy Toronto makes a comeback for May Day 2012

May Day, also known as International Workers' Day, brought out nearly 1,000 people in various protests and marches across the city yesterday, many of whom could be tied to the Occupy movement in some capacity or another.

The events started at Queen's Park early in the day, eventually gaining its highest numbers at Nathan Phillips Square around 4 p.m., where a variety of groups had gathered. There were people from Occupy Toronto, the Filipino Canadian Workers Organization and even a group dedicated to environmental justice, Green Bloc. As was the case with Occupy, there was a general sense of dissent rather than a narrow focus on one cause. 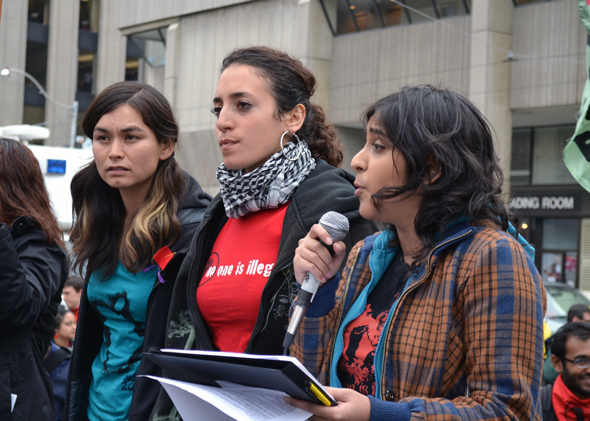 When I'm at these protests, I often find myself questioning why this hodgepodge of groups come together. After weaving through and stopping to talk to people, you realize that most of them agree on two things: 1.) they believe that we're in a somewhat disastrous economic state, and 2.) that there needs to be a paradigm shift with how our federal (and municipal) government is run. 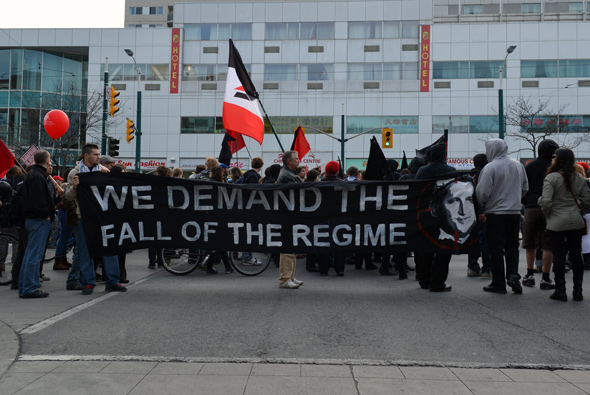 There was a group of people wearing black masks parading a huge banner that read "We demand the fall of the regime" with Stephen Harper's face beside the text. Many also took the opportunity to take a stab at our Mayor (who doesn't these days?). There was even a Harper/Ford effigy in the crowd as the crowd marched down Queen Street to Alexandra Park during rush hour. 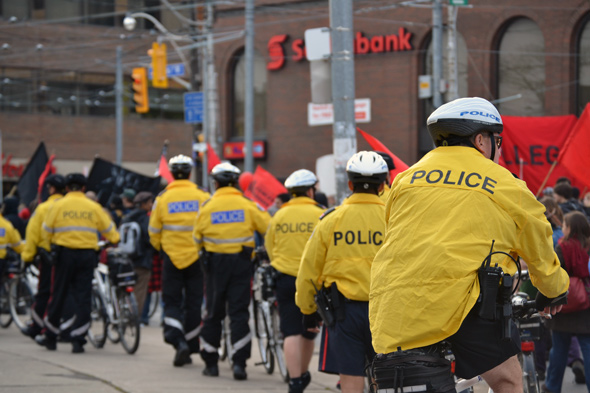 The police presence at yesterday's events was remarkably heavy. When questioned about their numbers, one of them remarked that it was a "City initiative" to have them all there, and that they were also expecting many more people to attend. The number of protesters dwindled considerably as demonstrators prepared to leave Alexandra park around 9 p.m., at which point it appeared as though there was just as many cops as those they were assigned to monitor. 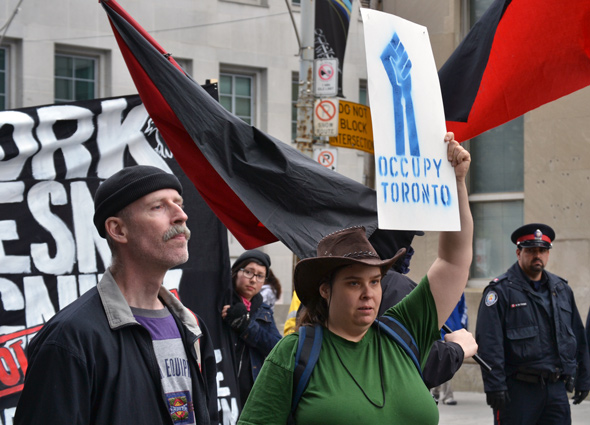 Protesters tried not to reveal where they planned to march after Alexandra Park, mostly because would-be occupiers didn't want police arriving at said location before they did. The demonstrators began marching to the mystery location shortly after 9 p.m. They ended up at Simcoe park. Things came to a head when a small group tried to set up camp overnight. Upon site of a tent, police swarmed and arrested three people who I'm told were involved in the occupation of St. James Park.

Crowds chanted "let them go" repeatedly, which the police ultimately did. They were released after receiving a $65 fine and told not to return. So that was a little drama that ended without much by way of consequence.

The Occupy... or... May Day... events continue today with demonstrators expected to gather at the Metro Convention Centre around 1 p.m.

We will see if the crowd holds up. 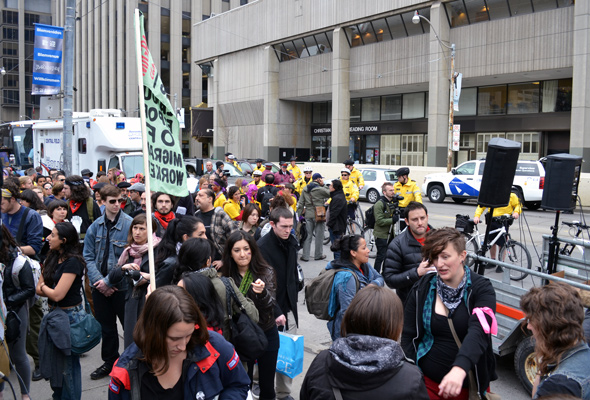 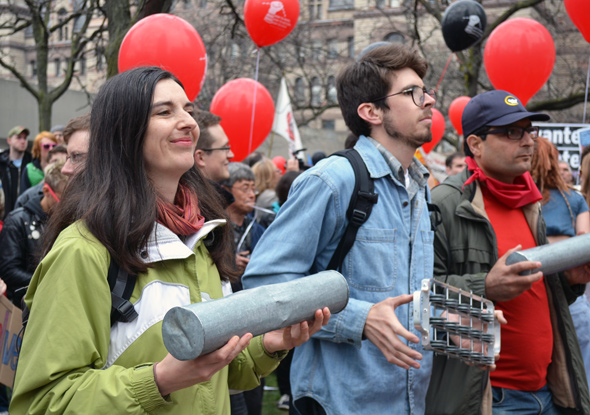 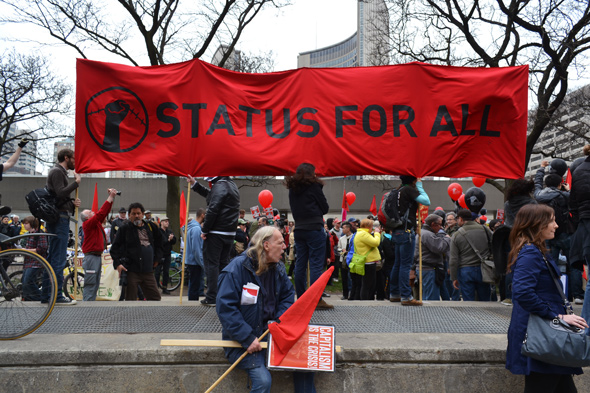 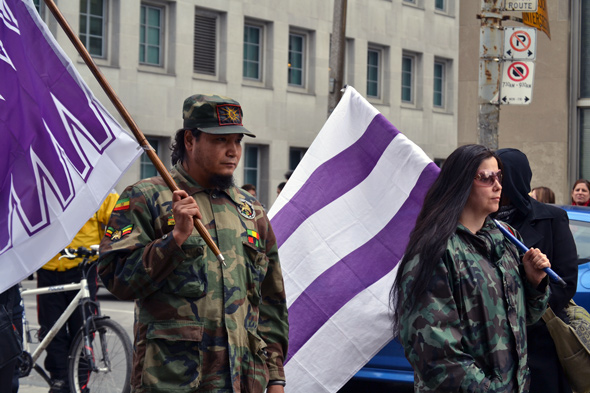 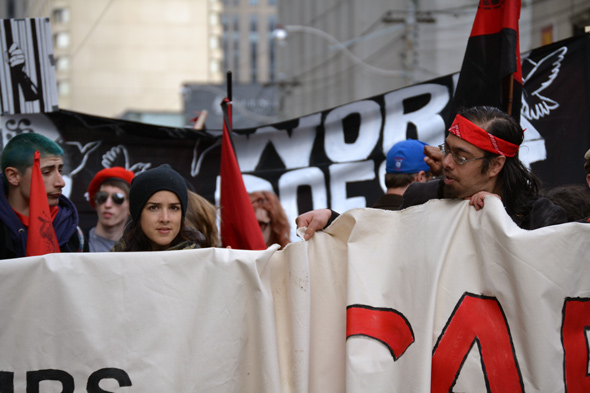 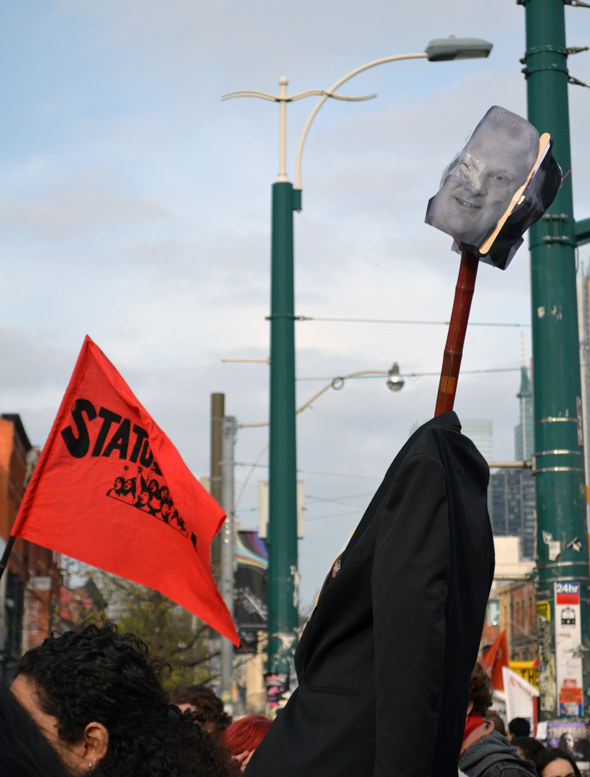 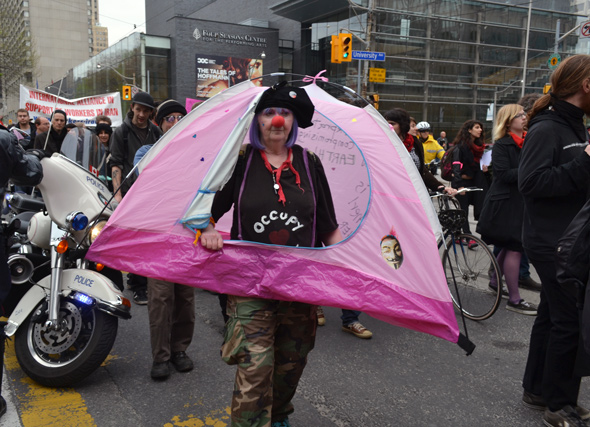 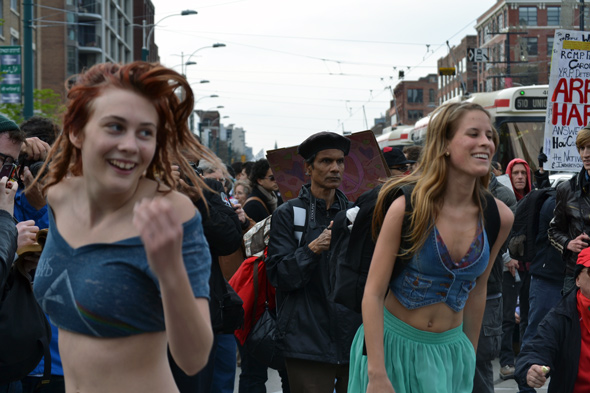 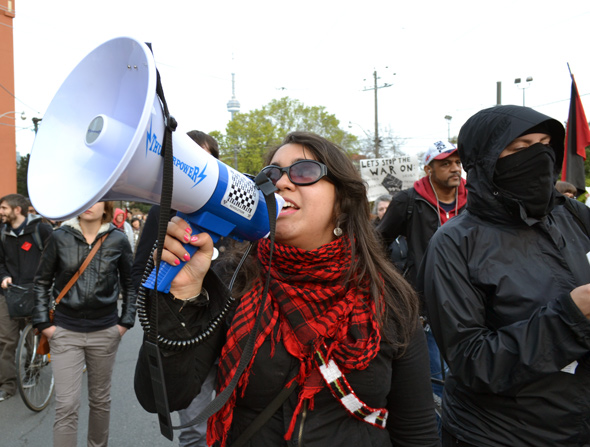 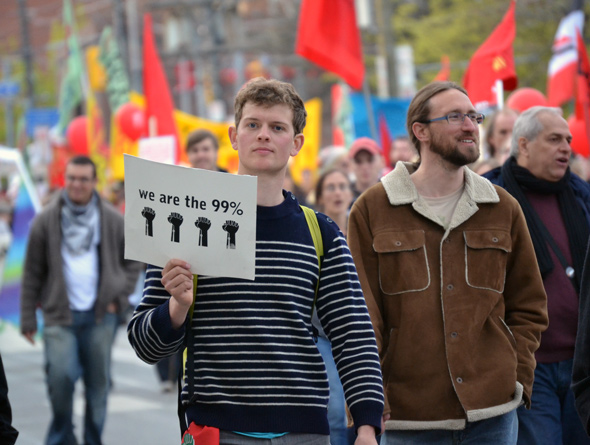 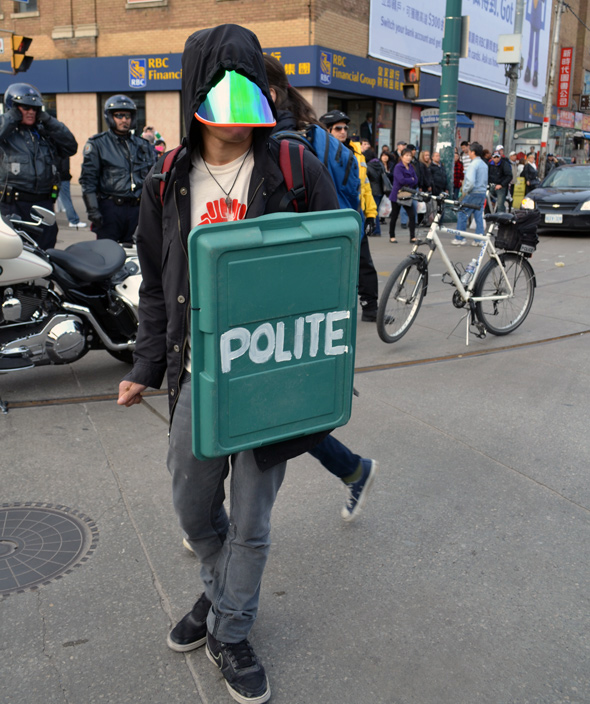 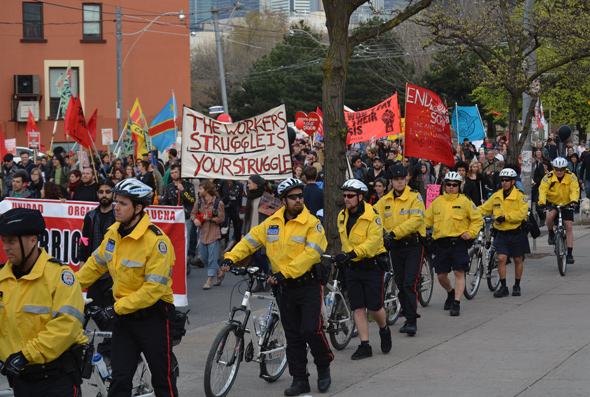