According to a development proposal submitted to the Toronto Preservation Board by Montgomery Sisam Architects last month, the Victorian Queen West building currently housing the Silver Snail comic book store (for a few more weeks at least) could be renovated and redeveloped into a three-storey retail outlet with the smaller, more recent C Squared building next door.

The plans call for the complete demolition of C Squared at 365 Queen St. West and include a potentially controversial restoration proposal for the Silver Snail. At its core, the project involves a significant alteration to the appearance of the ground floor of the historic facade, effectively stripping it back to its original structure and leaving much of the brickwork exposed.

Perhaps the most unusual thing about the plan as a whole is the angular, ultra-modern structure conceived by the architects to neighbour the 137-year-old historic structure in place of C Squared. Its sharp lines and large second-storey window stand in stark contrast to the Victorian building the development purports to protect. The modern addition also appears to wrap behind and shelter the older building with a large, white overhanging roof. 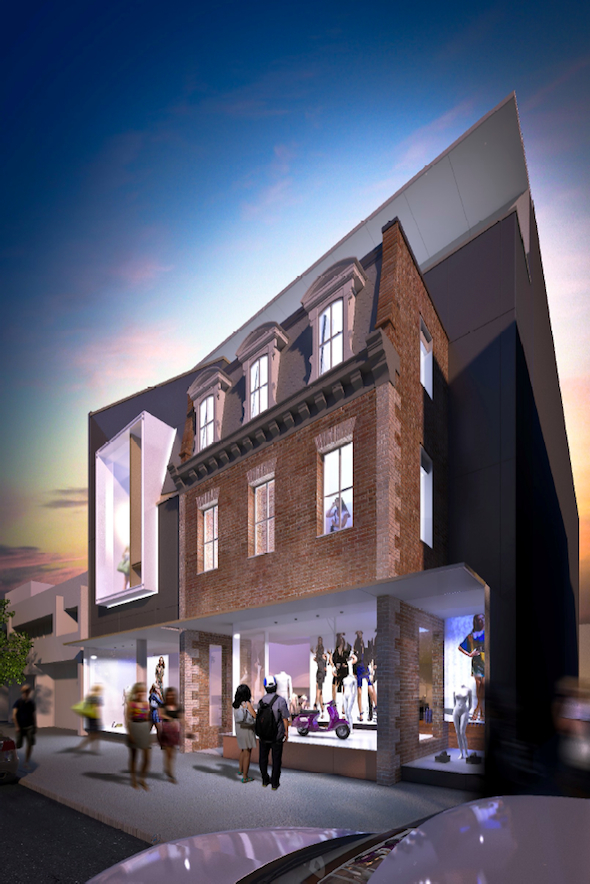 Also significantly altered, though probably not structurally, is the ground floor of the Silver Snail building. The supporting walls are exposed behind a recessed all-glass store window that designed to encourage people to gather and look inside. At street level, the Victorian building and the C Squared replacement appear joined. Only from across the street would the changes be immediately apparent.

It will be interesting to see how this plan is received. As Urban Toronto points out, this could represent the final phase in the gentrification of the neighbourhood around the Silver Snail which already includes numerous chain fashion stores. What are your thoughts? Would you have preferring things stayed the way they were? What should we be doing to protect this historic building once the Silver Snail moves out? 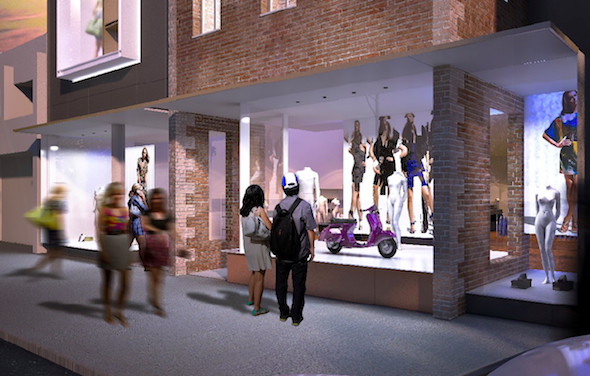 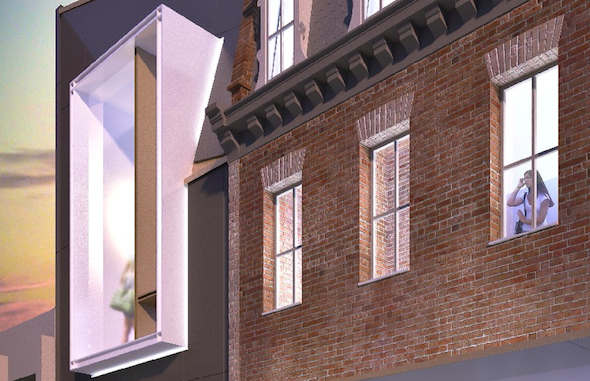 Close up of the upper floors of both buildings. 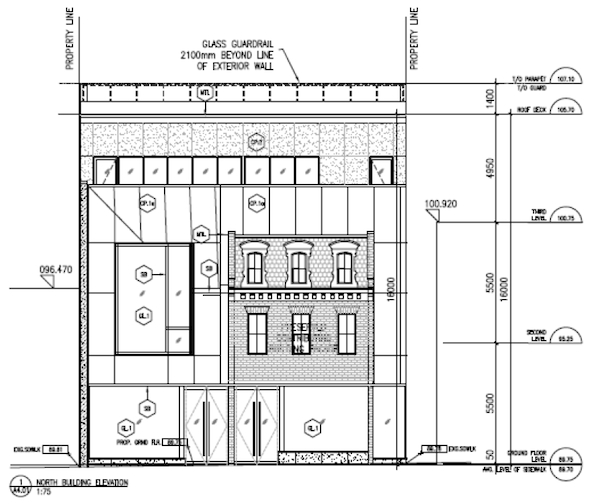 Plan of the development's facade. 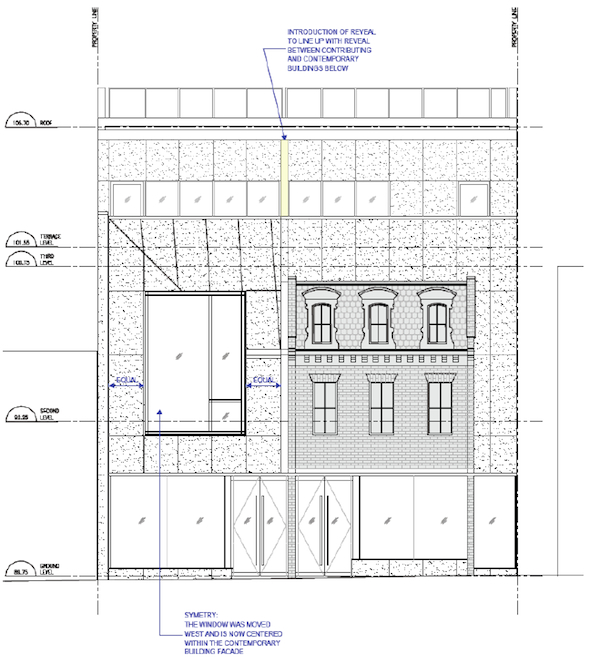 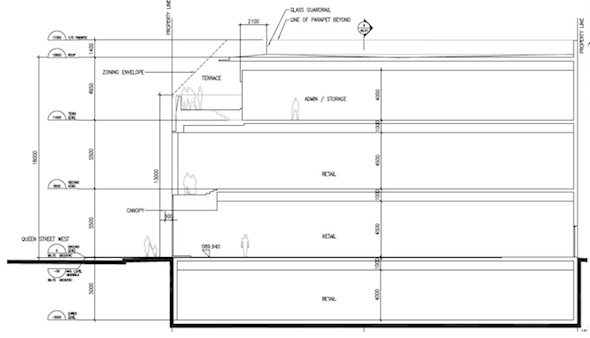