Towards a map of social media in Toronto

Back in June 2010 photographer Eric Fischer made waves with his series "Locals and Tourists," which charted geo-tagged photographic activity in major cities with an eye towards tracking which locations attracted each group. The Toronto map, particularly when viewed at its largest size, clearly demonstrates the predilection of tourists for shooting a small variety of downtown locations (though not nearly as much as was the case in Las Vegas).

Earlier this year Fischer completed a new project, which adds Twitter activity to the mix. Called "See Something or Say Something," the new maps chart the location of Flickr photos (orange dots), tweets (blue dots), and locations from which someone has posted to both services (white dots).

While it doesn't offer a snapshot of all social media activity (no Facebook in the mix yet), it's still fascinating to note some of the local hotspots for Flickr and Twitter use (view large version of map here). In the absence of labels, it's nevertheless easy, for instance, to pick out York University (lots of Twitter action), the Airport (high use of Twitter and Flickr), High Park (almost all Flickr), and the Yonge Street strip (again, both Twitter and Flickr). And that's just a start. I could easily lose an hour trying to pinpoint locations and make sense of the data. 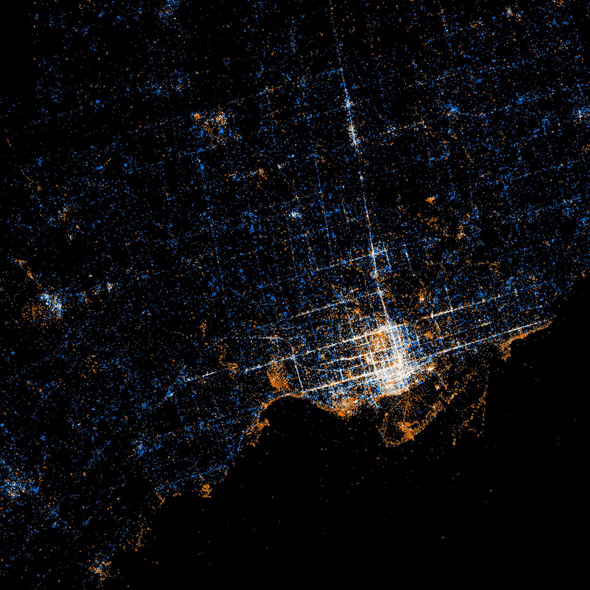 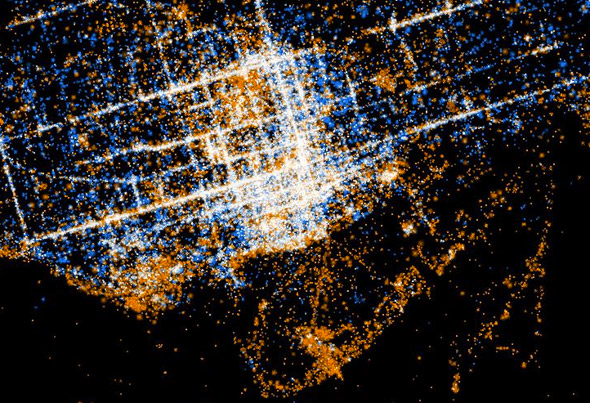