Dupont gets a Lego bike lane for a few hours

Just a few weeks after a portion of the Dupont bike lane was removed at Landsdowne, a street artist decided to offer a little reminder of its former presence via the construction of a Lego version near the southwest side of the intersection. Spotted by a blogTO reader on her morning commute at 8:30 a.m., she tells us that "some of it was already smashed" at the time, and a visit around 11:15 a.m. revealed no trace of the little intervention. I spoke to a police officer and construction worker in the area who both said that when they arrived at 9:30 a.m. there was no Lego on the road.

So that was fun while it lasted. I would imagine that it went up in the middle of the night when traffic lowers in the area, and was toast just after these photos were taken. Because it was only about four or five car-lengths long, it wouldn't have taken too much time of effort to remove it â kind of like the real lane, which was removed on or about September 14th. I have a hunch who the "artist" is, but will confirm before embarrassing myself with a false ID. 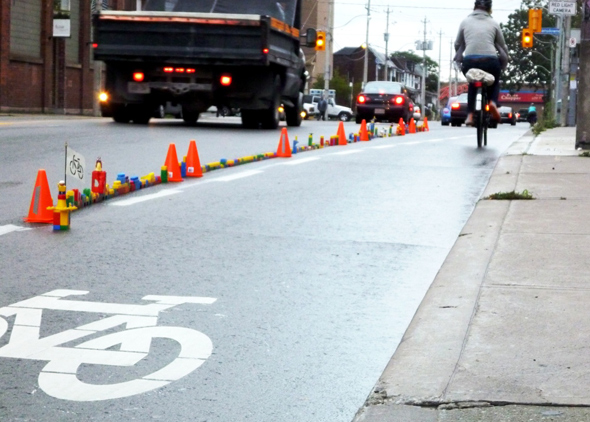 Here's a photo with a bit more context via Martin Reis / Bike Lane Diary, who explains that the work was done by the Urban Repair Squad.

Check out a few more pics from 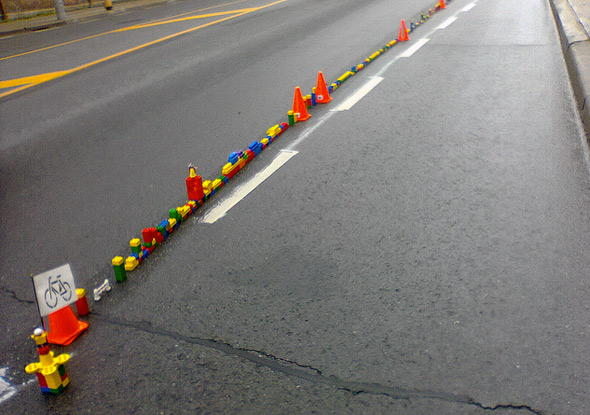 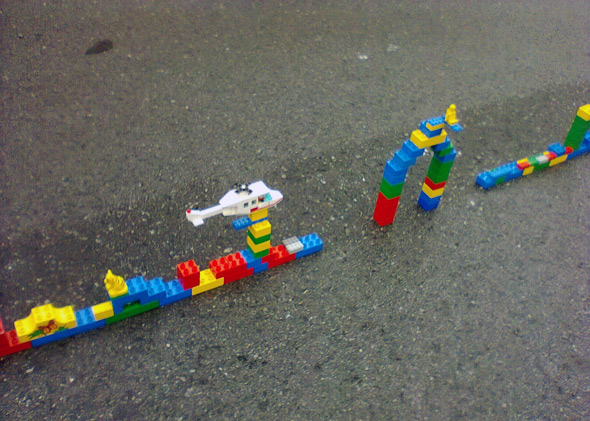 Here's a slideshow of the Lego bike lane in all its glory courtesy of Martin Reis who managed to grab some photos before it was dusted.