There's a new sign of fall in Toronto — the removal of bike lanes. At the beginning of the month we took note of the de-installation of the Pharmacy Avenue lanes, and as of late last week, work had begun on relieving Birchmount of its cycling infrastructure as well. This doesn't come as a surprise — along with those on Jarvis, both lanes had been earmarked for removal by city council back in July — but it still looks rather odd to see the bike markings buffed out. 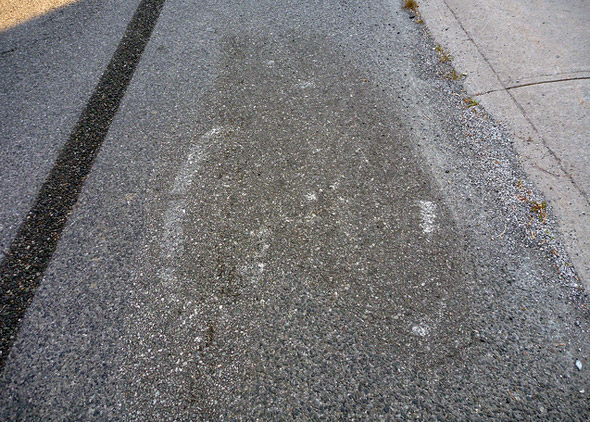 On the flip side, opponents of the lanes will likely argue that with their removal there's enough space to accommodate an additional lane for vehicles in both directions (assuming that the centre turning lane is also eliminated) for significant stretches between Kingston Road and St, Clair. I suppose it doesn't really matter who's right given that the lanes are doomed either way, but even if the extra space for cars is made available, it sure doesn't seem like traffic was snarled on account of the bike lanes in the first place. 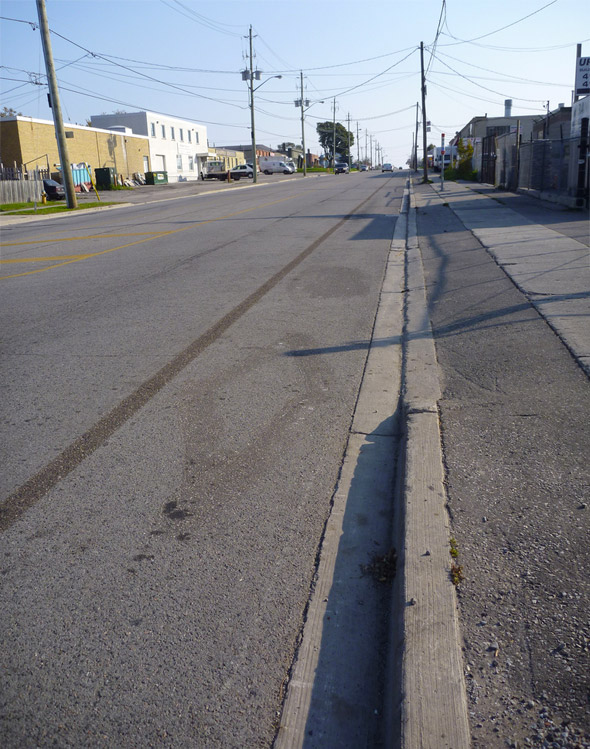 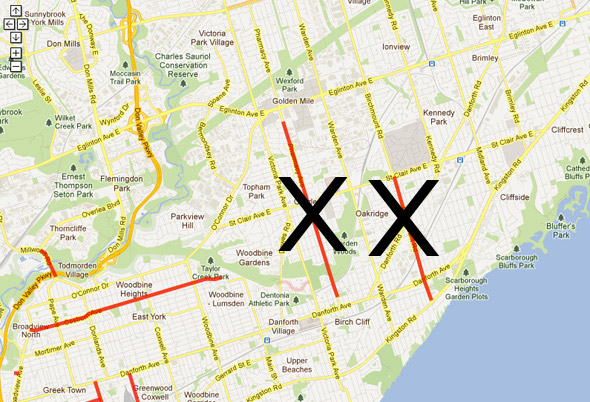