Although the lakefront side of Sherbourne Common Park has been open since last September, the public finally got a chance to explore the northern end of the 1.5 hectare recreational space yesterday. Separated by Queen's Quay, the north section is the smaller of the two â at roughly half the size of its southern counterpart â but in many ways it's equally impressive.

With less greenery than the area to the south, it's interesting to note the degree to which the design of urban parks have changed over the years. In the past, park design seemed to consist mostly of laying down a patch of grass, a few benches and a playground area. Sherbourne Common, on the other hand, features only 0.4 hectares of lawn-space, the vast majority of which is located to the south of Queen's Quay. 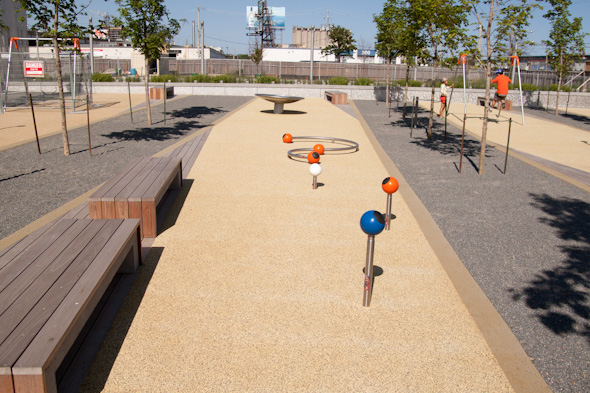 In its place are materials like rubber surfacing (which is a joy to walk on), crushed rolled granite, and IPE decking. Even the playground equipment appears more sophisticated in design than what one used to find installed at City parks. The only concern I had while touring the space yesterday was that the gravel areas might ultimately prove a pain when high use spreads the stones across other areas of the park, but regular maintenance should take care of that.

With the opening of the north side of the park, Sherbourne Common's most fascinating feature is fully up and running. A stormwater management system pumps water from the East Bayfront to a UV facility in the basement of the Pavilion on the south side of the park before sending it to an elevated water channel and pond to the north. As part of that process, water is sent through three rather stunning stunning "Light Sculptures" designed by Jill Anholt. As nice to look at it is calming, the water elements on the north side of the park will likely be its biggest draw.

Although a few finishing touches are required before the park is officially complete, at first glance, the space looks like another success for Waterfront Toronto. Check out photos of the park below and for more information have a look at this fact sheet (PDF). 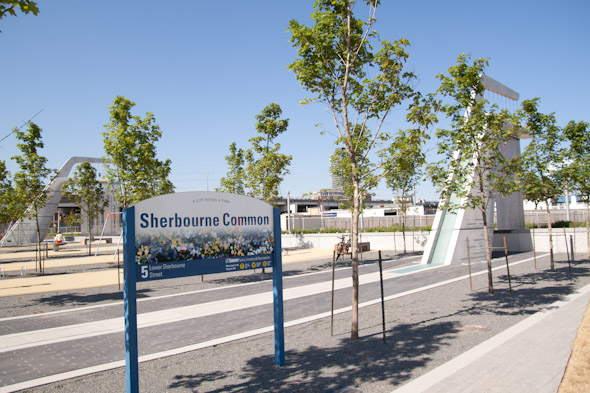 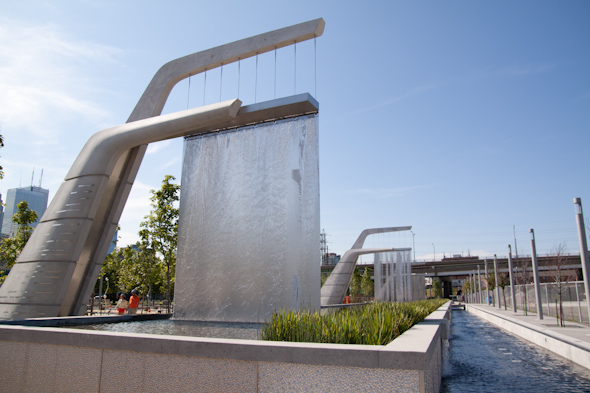 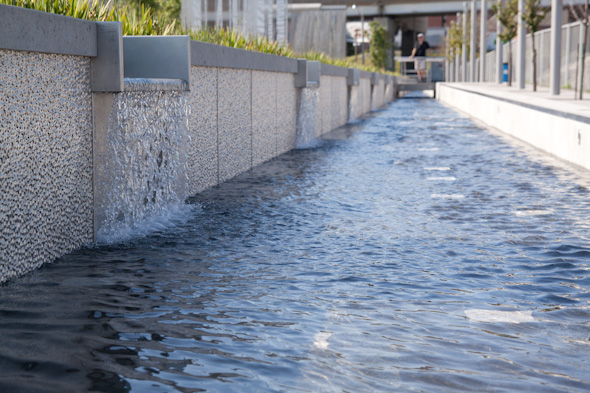 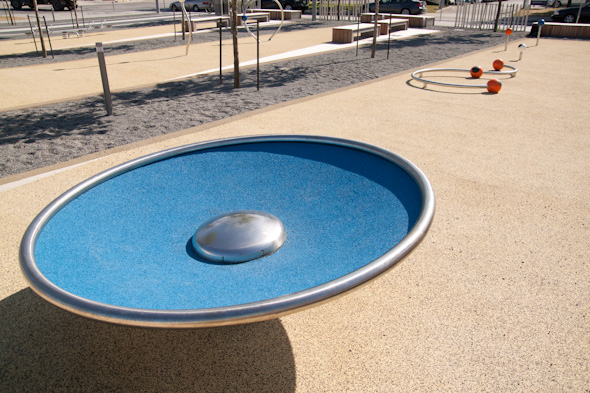 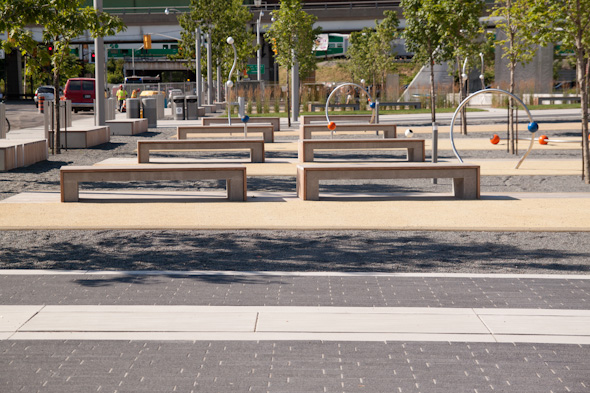 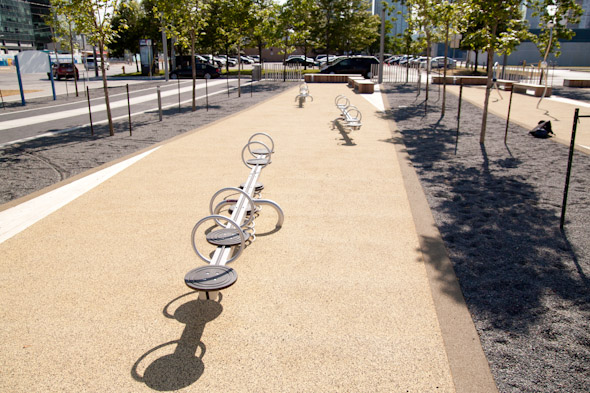 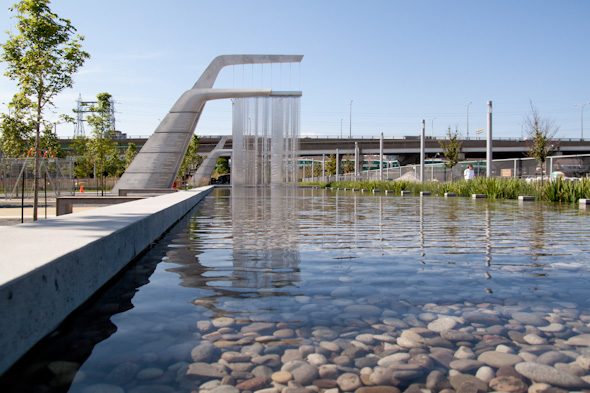 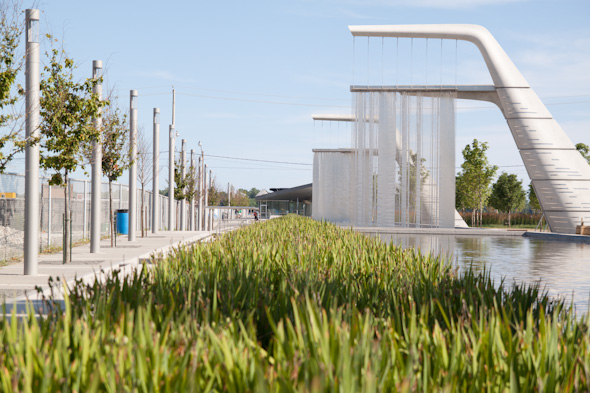 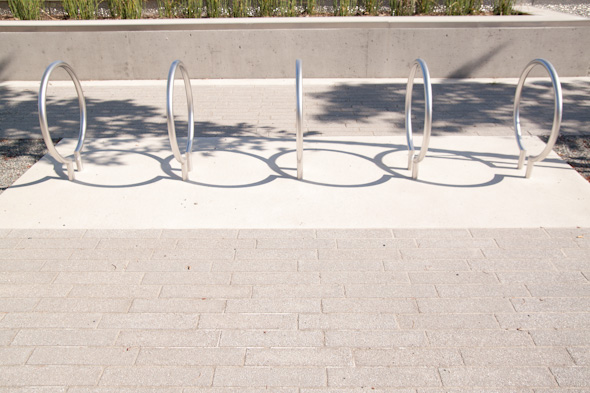 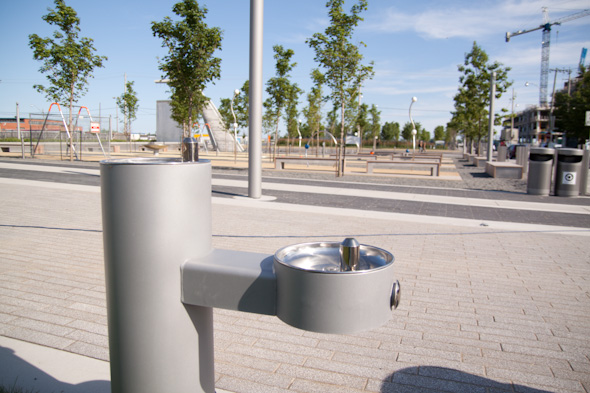 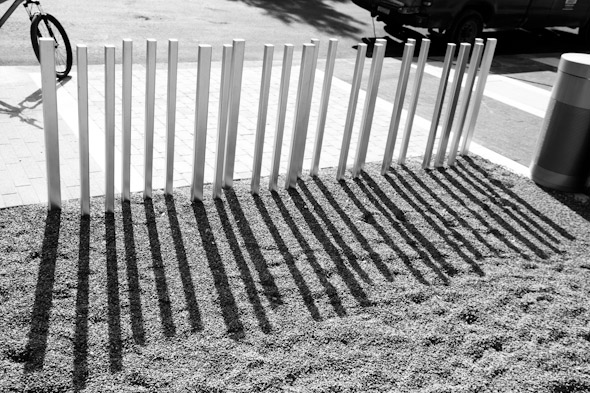 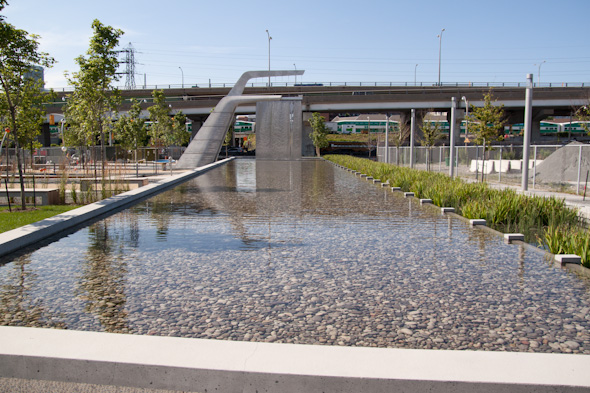 To see what the fountains look like at night, check out this slideshow: