Photos of the World Naked Bike Ride in Toronto

The World Naked Bike Ride made its Toronto stop this weekend, marking what has become an annual protest against our dependency on non-renewable energy. Participants embarked on the 14K route at around 1pm from Coronation Park at Bathurst and Lake Shore, and proceeded to shock, charm, and delight those around them for the better part of an hour. As is always the case, half of the fun was watching people's reactions to the riders (or, as the case may be, their stern refusal to react at all).

With so many other distractions, there was only a modest stir at Yonge and Dundas, but once the ride arrived at Bay and Queen, tourists and locals alike grabbed their cameras and rushed to the side of the street to capture the seemingly bizarre moment. Once again all shapes, sizes, and ages took part and it seemed as though a good time was had by all.

Note: While some of the more explicit shots below have been censored, if you're not into looking at naked bodies, it'd probably be best to move along. 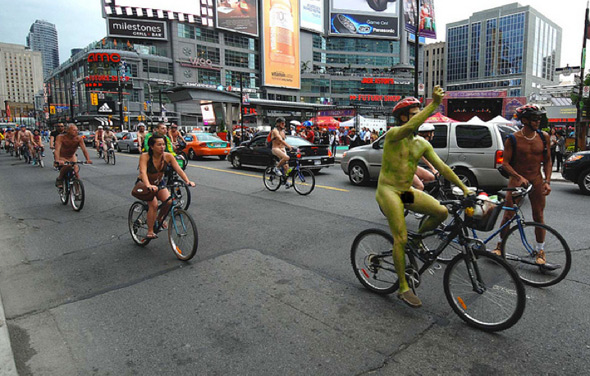 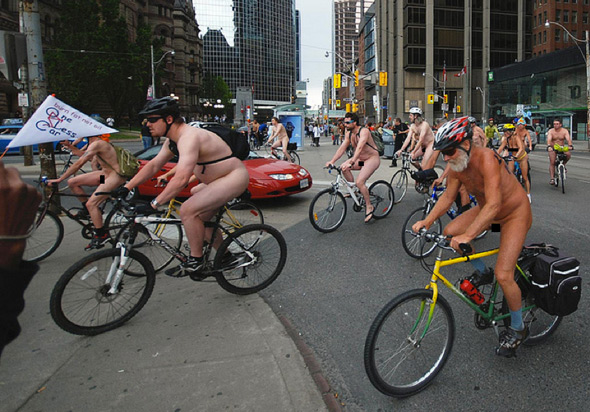 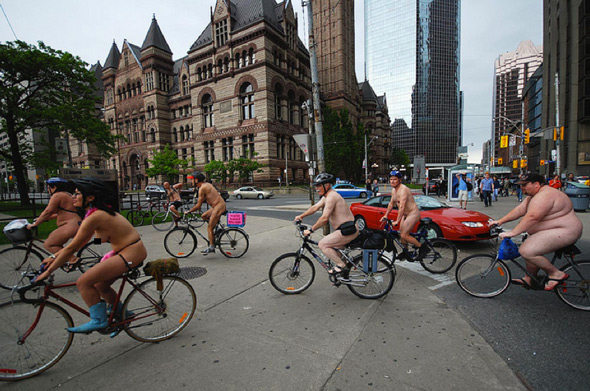 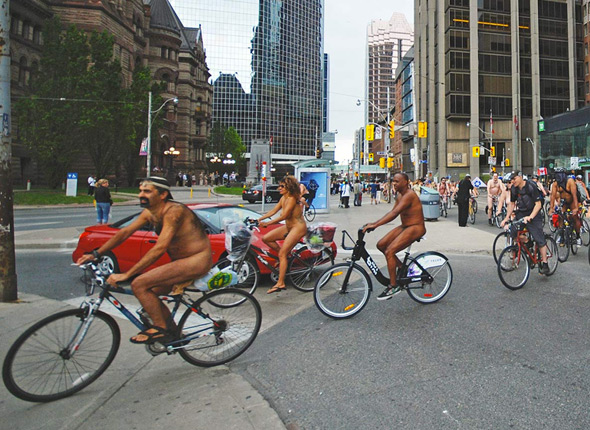 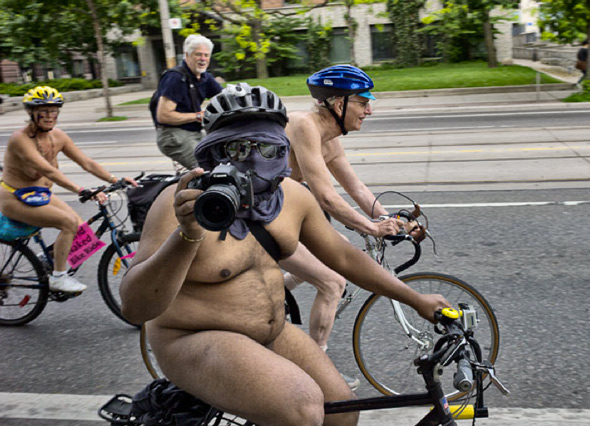 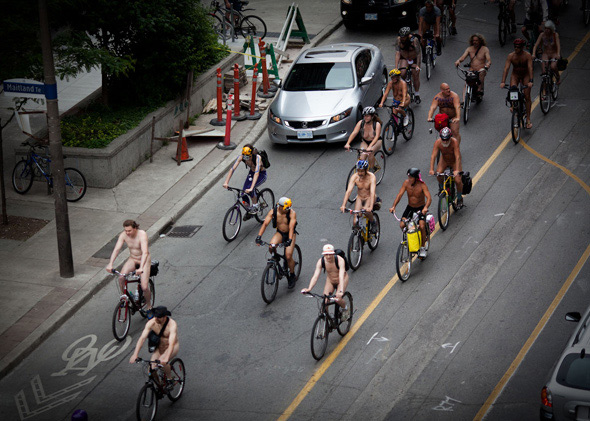 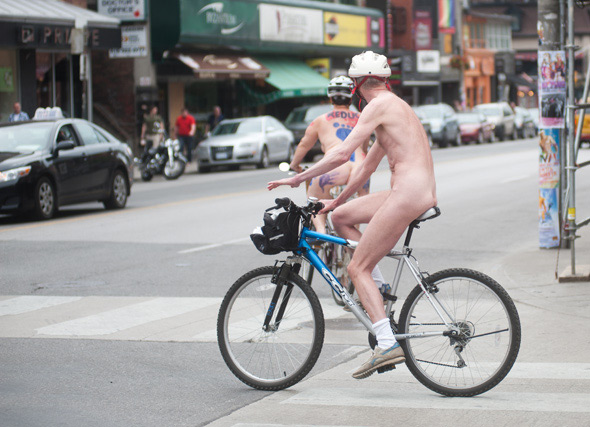 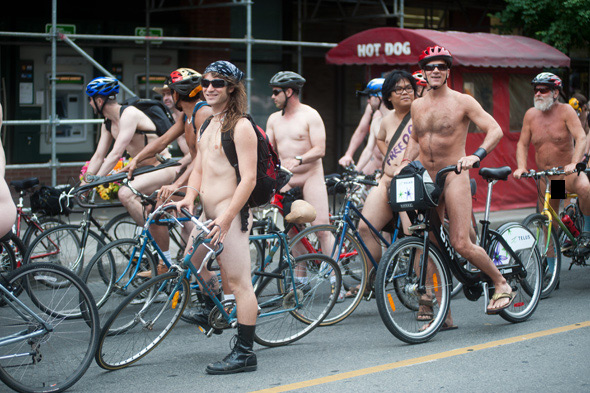 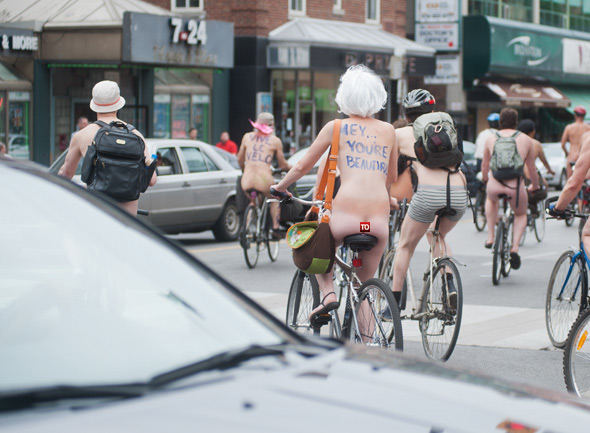 Writing and first five photos by Scott Snider, sixth photo by sevres-babylone, seventh photo by Vlade Shestakov, eight through 10 by Natta Summerky, and the last by yedman in the blogTO Flickr pool.