In anticipation of International Day Against Homophobia and Transphobia and a May 24th City Council meeting at which the fate of funding for Pride Toronto will hang in the balance, a few hundred people rallied at City Hall in the hopes that the long-running event won't be put on the chopping block. Named the Proud of Toronto Rally, those gathered also expressed concern regarding sustained support of other services like the 519 Community Centre and the AIDS Committee of Toronto.

Mayor Ford and a number of other councillors were (unsurprisingly) no-shows, including Giorgio Mammoliti, who spearheaded the motion to cut funding to the parade when the group Queers Against Israeli Apartheid (QuAIA) were allowed to participate in the 2010 parade. Although QuAIAh has indicated that it will not participate this year, Mammoliti wants a letter of guarantee to this effect, the necessity of which will be debated on the 24th. 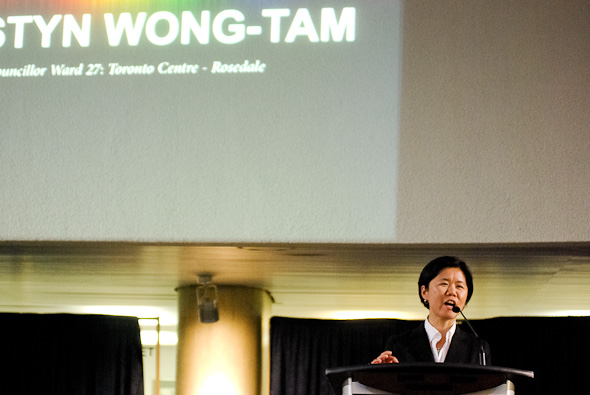 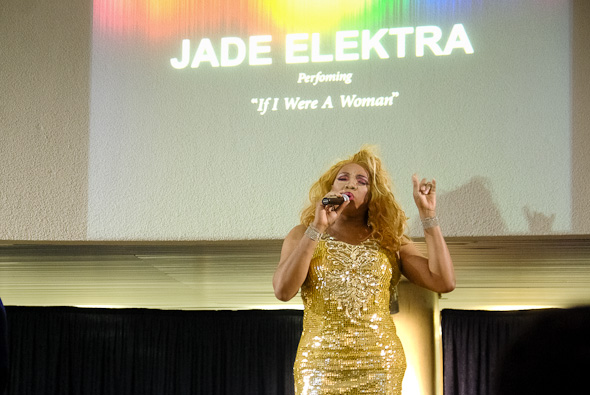 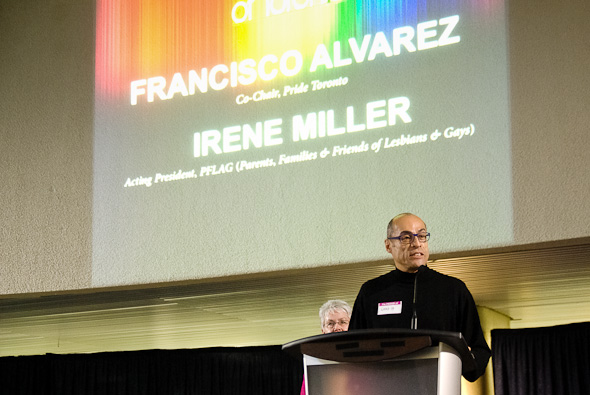 Doug Kerr (an organizers of the Proud of Toronto campaign) 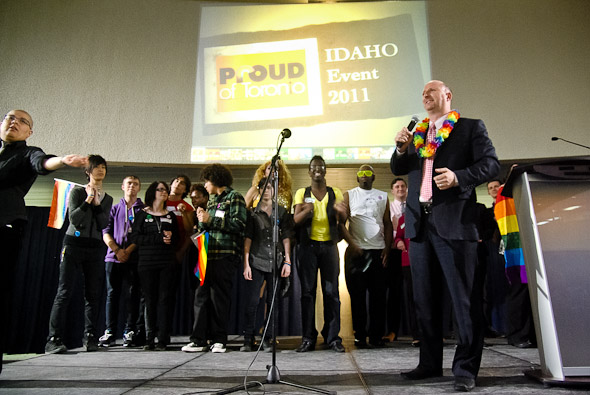 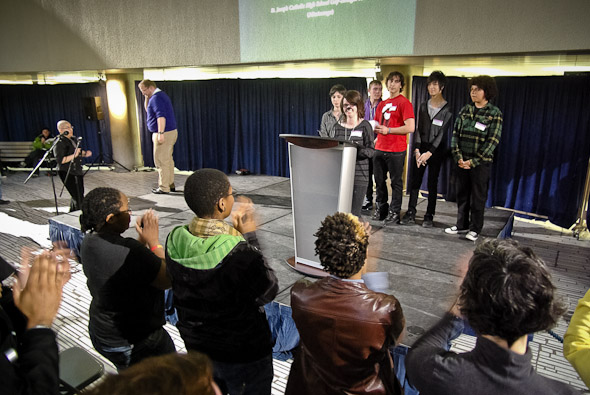 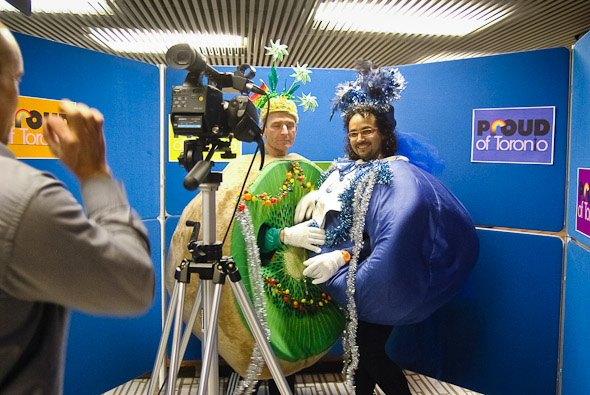 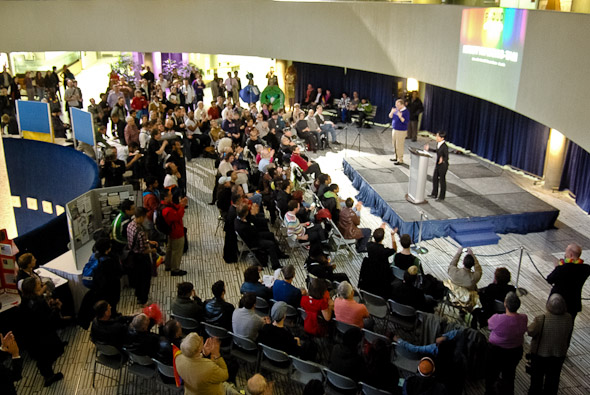 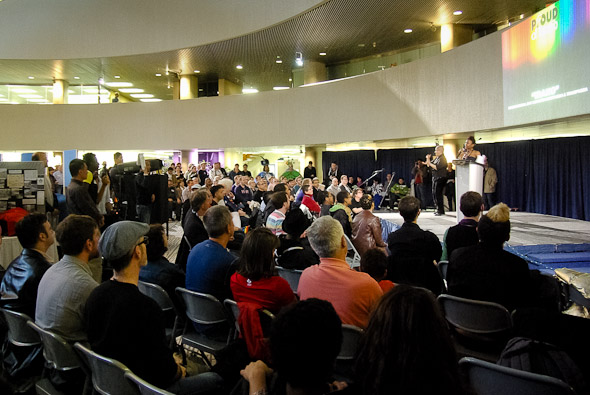 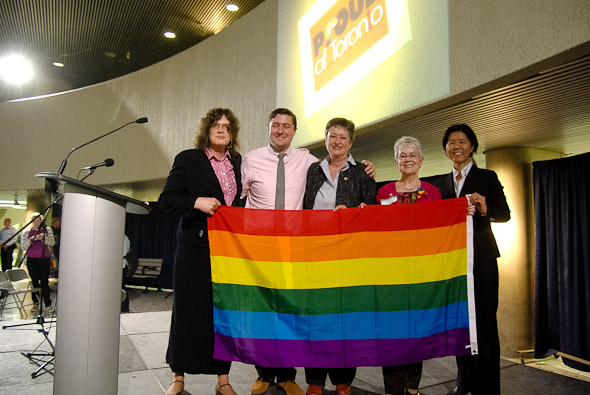