Crucial issues for Toronto in the 2011 Canadian Election

Where does Toronto fit in the 2011 Canada election? Even after the English language debate last night, I still wonder exactly how the election will play out for this city. For the most part the federal government is fairly removed from municipal affairs, that role falls in the jurisdiction of the province. But it would be na誰ve to suggest that the city would be unaffected whichever party earns the honour of forming a government.

To get a better idea of exactly what kind of issues Torontonians should be concerned about when they cast their ballot on May 2nd, I spoke with Neil Thomlinson, Department Chair of Politics and Public Administration at Ryerson University. He explains that, while the Constitution puts municipal responsibility in the hands of the province, many federal policies and directives do play out of the local level. "Basically, anything the federal government does that benefits ordinary people also benefits the city," he says.

With that in mind, I've compared each of the three main party platforms looking for the kinds of things that make cities great, focusing on Transportation, Cultural funding, fighting homelessness and basic infrastructure. How do they stack up? Let's take a look. 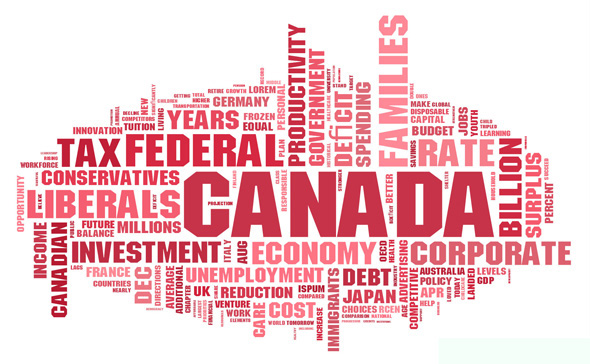 NDP - Through their National Public Transit Strategy, the NDP would "maintain and expand public transit across the country." This would be accomplished in part by allocating another cent of the existing gas tax to public transit funding in municipalities. They would also encourage the use of mass transit by providing tax exemptions for employee workplace-based transit passes.

Liberals - The Transportation and Infrastructure Strategy in the 2011 platform puts an emphasis on "Local and regional transit, rapid transit and commuter rail that helps reduce greenhouse gas emissions by providing efficient alternatives to private vehicles."

Conservatives - The Conservative platform talks very little of transportation, but when it does it's focused mostly on roads, bridges and trade routes. The plan seems more focused on moving goods rather than people.

Liberals - As part of the Liberals previously mentioned Canadian Transportation and Infrastructure Strategy, they would allocate money for municipal infrastructure that included funding "for water and sewers to meet local needs and reduce pollution, and major public multi-function spaces"

NDP - The NDP would provide an additional cent of the existing gas tax towards public transportation as well as building new affordable housing, but is surprisingly quiet on other municipal infrastructure projects.

Conservatives - If elected Stephen Harper promises to make the gas tax permanent, therefore ensuring "predictable, long term funding for municipalities." This fund is used to establish and maintain services like public transit, local roads and bridges and solid waste management. Which sounds great, but the question remains as to how much of that fun Toronto will actually see. 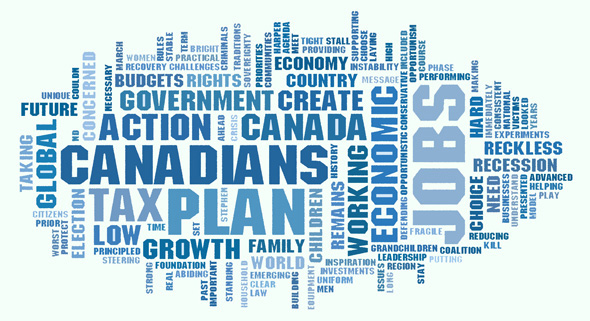 FUNDING FOR THE ARTS

Liberals - If elected, the Liberals promise to double the budget for the Canada Council for the Arts to $360 million over the next four years and provide "stable and predictable funding" for the CBC. They also advocate for an open internet that would "remain neutral, and maintain the open sharing of legitimate technologies, ideas and applications." Of course, the dangerous word in there is "legitimate" and makes me wonder just a little who gets to make that decision.

Conservatives - Cultural funding isn't really the Conservative style, the Tories are much more comfortable with tax credits, like their brand new Child Arts Tax Credit that will cover up to "$500 per child in qualifying expenses for eligible arts or cultural activities."

It should be noted though, that their budget does maintain current funding and suggests no cuts--a positive.

NDP - Without too much discussion specifics, the NDP recognize the importance of homegrown talent and promise to promote it on TV, in the movies, on the stage and virtually anywhere else you might find it. They'd also like to see an increase in funding for the Canada Council and provide sustained funding for the Canada Media Fund and Telefilm Canada--all good stuff.

Liberals - A Poverty Reduction Plan for Canada is a major part of the 2011 platform and includes an Affordable Housing Framework aimed at reducing homelessness among other valuable measures and fighting poverty through increased access to education. This is a great start, but unfortunately doesn't address issues like mental illness that is often the cause of homelessness in the first place.

NDP - The NDP don't mention homelessness directly in their platform, nor do they address mental illness. They are however very enthusiastic about eradicating poverty, including promising to "lift every senior in Canada out of poverty immediately" as well as introducing a Child Benefit of up to $700.00 annually for families.

Conservatives - With no mention of homelessness or mental illness in the policy platform and very little talk of poverty, it's difficult to imagine much attention being paid to this topic. One group who has gain the support of the Conservatives though is seniors who will be eligible for an extra $600.00 per year from the Guaranteed Income Supplement.

The country's fourth major party in English Canada, The Green Party, paints rather broad strokes in their platform. Without getting into specifics, they promise "sustainable long-term funding support for municipalities to repair decades-old crumbling infrastructure. Build for the future. Create more of the common amenities all communities need for recreation, transportation, water works and arts and culture."

Lead photo by bensonkua. Word clouds composed from of the text of each major party's platform via tagxedo.