What Toronto looks like from space might not seem like a particularly novel subject given the availability of Google's so-called satellite maps. Despite their name, however, Google's maps really are no such thing. The majority of the images used to create the company's high resolution "satellite" maps - especially over densely populated urban areas - are actually taken from planes, which when you think about it makes sense. Why, after all, are clouds so rarely seen?

Inspired by a recent and insightful blog post by Accozzaglia in which an image of Toronto's light footprint is featured, I got to searching for other photos of our city taken from space. This was not quite as simple as you might imagine. I assumed that a Google query for "Toronto photo space" (or some such combination) would yield at least a few interesting images, but was disappointed to find that this was not the case. 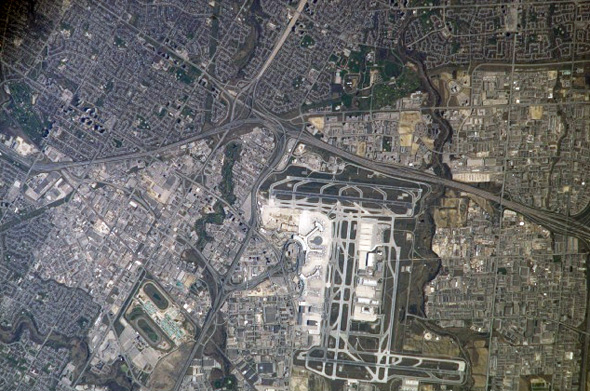 Undeterred, I checked the source information from the original image I had seen and was excited to discover a storehouse of photographs of Toronto taken by astronauts on the International Space Station. The collection, which covers a period between the mid 1980s and late 2010, is made up of handheld images, generally shot within a focal range of 100mm to 400mm. My preference is for those taken on the longer end of this spectrum (i.e. those that are zoomed in more closely on the city) because landmarks and geographical features are easier to spot.

Toward that end, it's rather remarkable to note in the images below just how many of Toronto's ravines connect with the Don waterway in some capacity. Not as obvious on a Google or Bing map, the sheer size of the system is quite stunning. Also interesting, as Accozzaglia points out in her post, is the grid-like division of land/property lines visible in the night photograph. Although this can also be seen by plane, it's nevertheless intriguing to witness the remaining evidence of the initial manner in which the GTA was organized.

The maps that strike me the most, however, are those that depict Toronto in winter. The transformation brought on by snow is profound, to say the least. And yet, even when blanketed, the subject of the photographs is still unmistakeably Toronto. The resemblance between these images and artist Flavio Trevisan's Toronto maps is uncanny.

Oh, and if you've ever wondered what our most visible landmark is from space, that'd be the Rogers Centre (at least as far as buildings go).

Here's a sample of some of the better images. In the shots that don't feature the harbour, it's fun to see how quickly you can orient yourself and pick off landmarks. For high resolution versions, follow the instructions on the website. 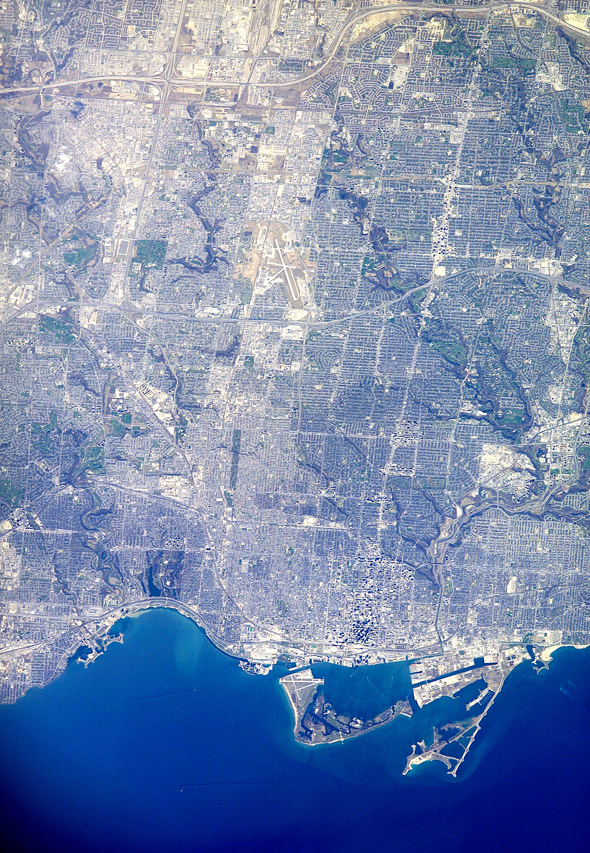 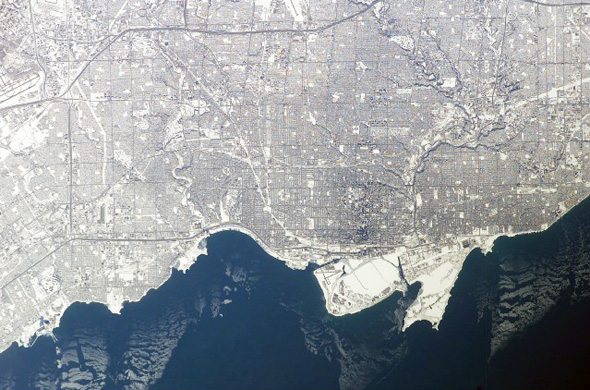 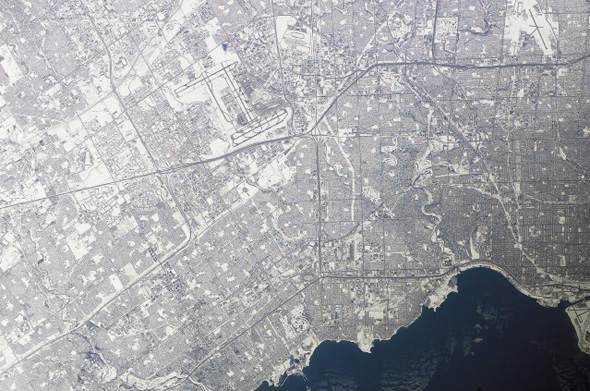 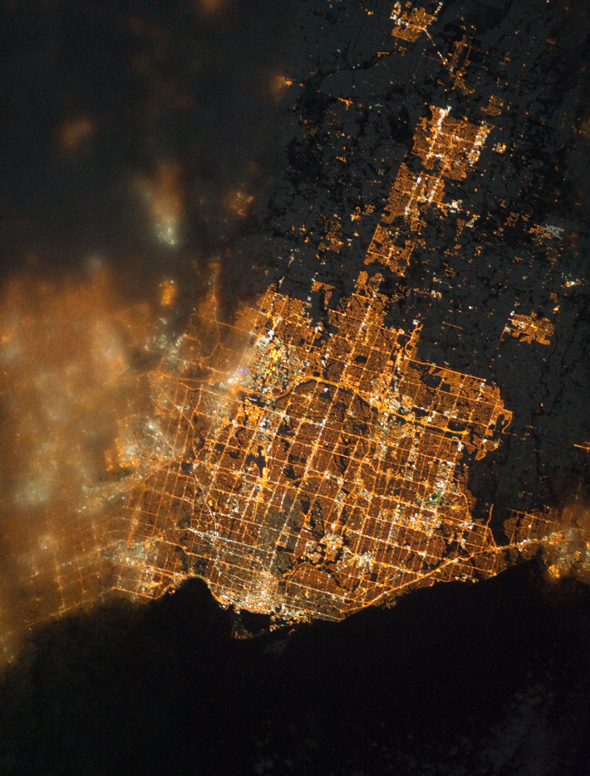 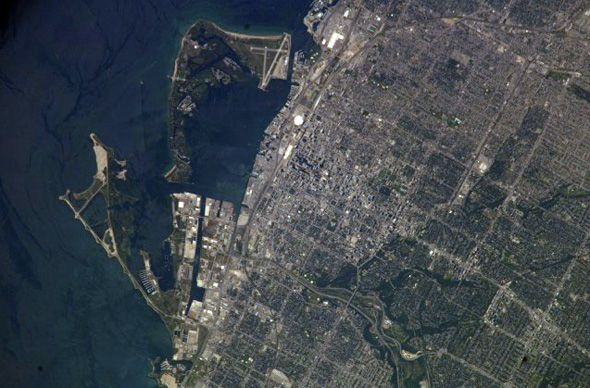 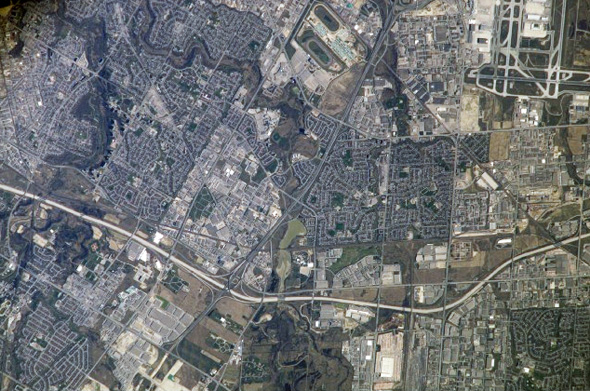 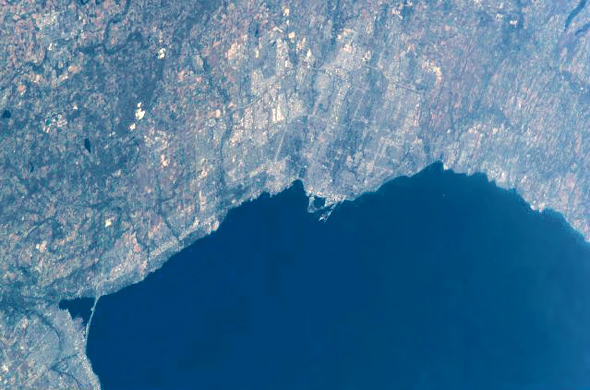